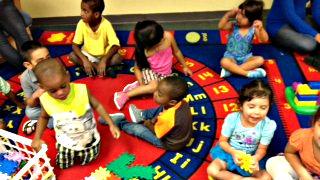 This year’s third graders who were in the city's preschool program as four year olds had higher reading scores than kids without preschool, the report says.

Nearly 65 percent of students who had preschool scored proficient or better on reading tests, compared to 56 percent of kids who did not go to preschool. Denver Preschool Program CEO Jennifer Landrum says they saw the same results last year.

"The fact that this year’s group of third graders did just as well was really pleasing for us," Landrum says.

Landrum says the boost that preschool gives third graders stays with them through their school years.

"What we know about children who are reading on grade level at third grade is that they are more likely to go on and graduate from high school," she says.

About 5,000 kids are part of the Denver Preschool Program each year. Voters approved creating the program in 2006 and are being asked this fall whether to extend its funding. It’s set to expire in 2016.