Margaret Simon, 85, has lived at Sunrise Senior Living in Cherry Creek for the last five years. In the early stages of Alzheimer’s disease, she can’t remember that her grandkids are now adults, rather than in high school. She can’t remember a plastic plant in her room doesn’t need to be watered.

But Margaret has two passions: her cat named Sam, and an an upright piano. And she can still play song after song she learned as a child on that piano, despite her fading memory.

For years, the professionals who treat people with dementia have struggled to find a way help their patients cope with the loss of memory and their ability to do the everyday tasks many take for granted.

One promising and relatively inexpensive treatment to bring them some peace is music. Roughly 63,000 Coloradans age 65 or older live with Alzheimer’s disease; that figure is expected to grow by almost 50 percent in the next decade.

Margaret's son Keith said her ability to play so well despite her Alzheimer's disease is "pretty fascinating really." 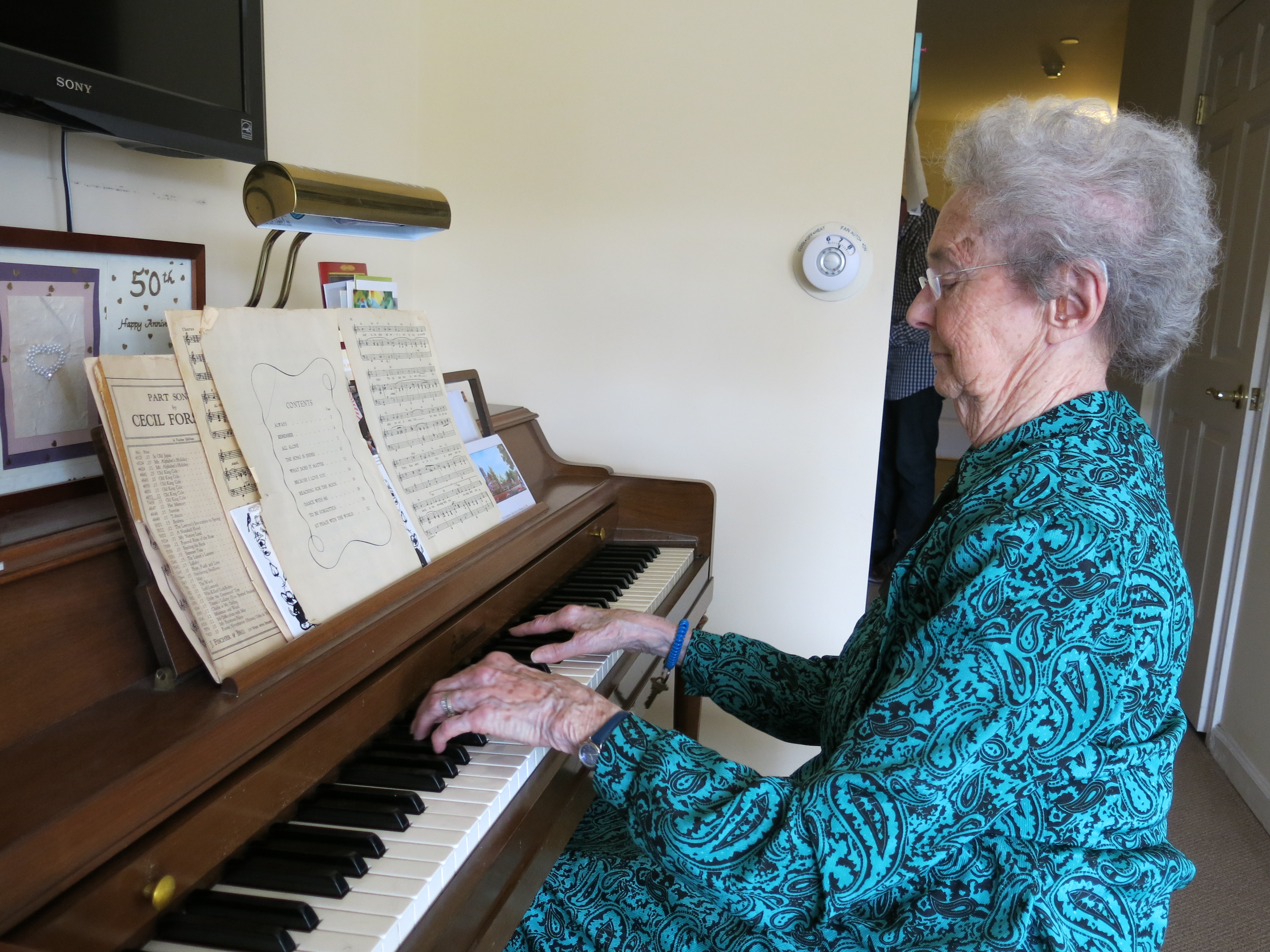 Why? Her piano playing, Keith is convinced, is a big part.

“I think those brain connections were made long, long ago," Keith said. "So they’re probably the last to go, right? So to the extent that you can stimulate them, they probably last longer.”

“I can play some things by memory," said Simon. "Christmas time, maybe. Birthdays. I enjoy that.”

The power of music comes from the way it taps into parts of the brain that deal with hearing, rhythm, memories, emotions and movement said University of Colorado neurologist Dr. Benzi Kluger.

“I would call it a revolution,” said Thaut, the executive director of CSU's Center for Biomedical Research in Music.

The idea of music stimulating connections in older brains got high-profile attention in the award-winning documentary called “Alive Inside.” Given iPods with playlists of their favorite tunes many of the dementia patients in the film seem to awaken dramatically.

But, Thaut said there are perhaps 20 trained neurological music therapists in the state of Colorado, serving 200-300 people. Often insurance won’t pay for music therapy, and it’s easier to prescribe medication to dementia patients.

Still, Thaut said, what was once seen as soft science is gaining wider acceptance.

Back at her assisted living center in Denver, residents gather for Margaret Simon’s Happy Piano Hour and Sing-A-Long. Five years ago, Simon would play alone in her room. But she had to be coaxed to share her talents with an audience.

“She just didn’t have the confidence to do it," said Heather Easterling, the Activity and Volunteer Coordinator at Sunrise Senior Living in Cherry Creek.  "It took a solid year to build her self-confidence to play maybe one or two songs at first." 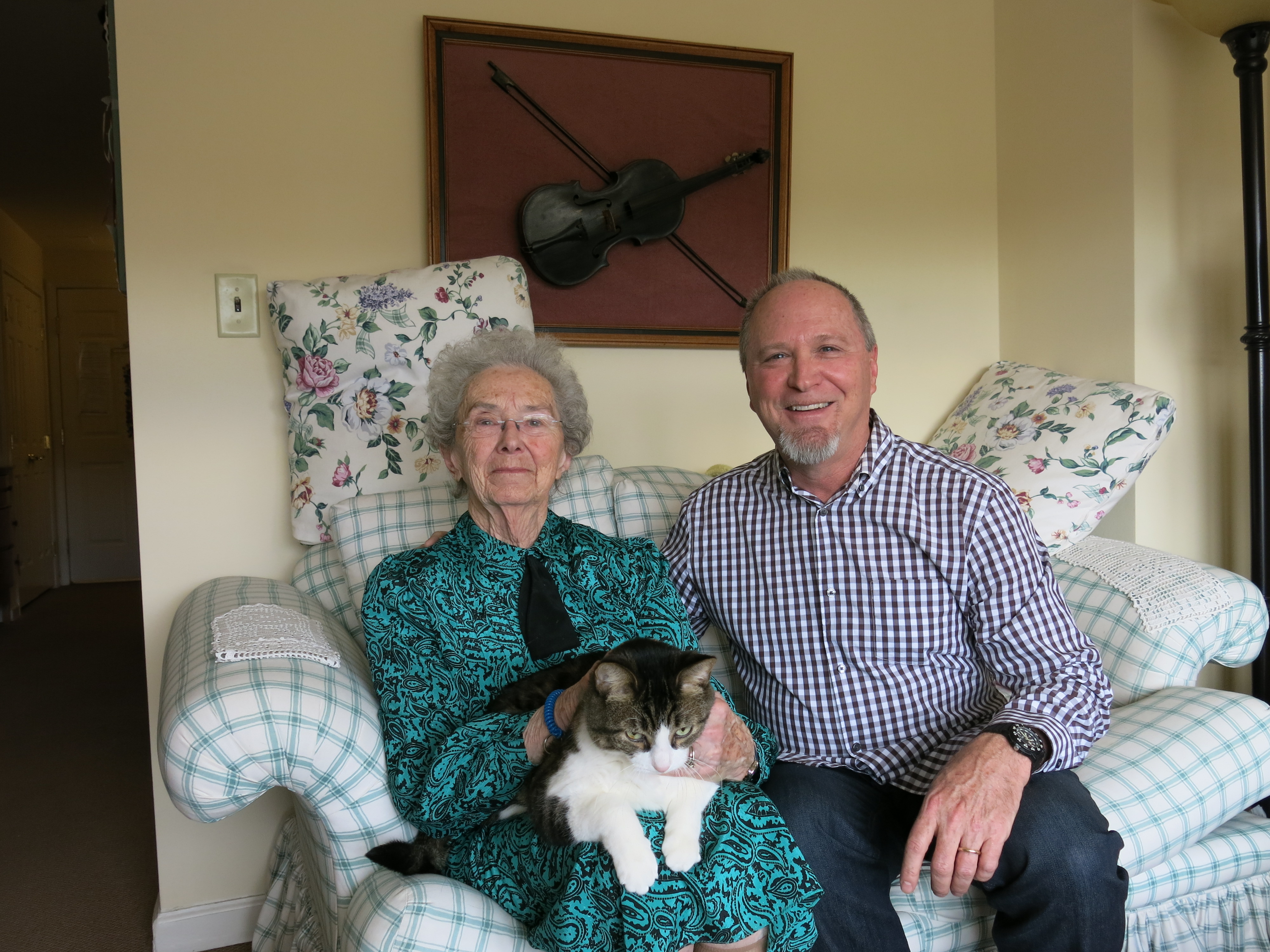 (Photo: John Daley/CPR)Sunrise runs about 260 facilities nationwide and uses music in many ways with its residents, said Rita Altman, the company's vice president of memory care and program services.

“That can make such a difference in their day. It can change their mood, make them happy, help them to reminisce,” said Altman. "It’s almost as if it wakes up sleeping neurons.”

It seems to have that impact for Simon who performs every Sunday for other residents. "We’ll let her play for as long as she really wants to," said Easterling.

"That’s kind of lucky that I have a little memory on some music," said Simon.

It appears to be more than just luck. It may actually be music that keeps those memories alive.