Long before he was Jack Kerouac's muse for "On The Road," the Merry Pranksters' bus driver, and "Cowboy Neal" to the Grateful Dead, Beat literature icon Neal Cassady grew up dirt poor in pre-World War II Denver.

A new documentary debuting next week explores Cassady's life in Denver. While much of the city Cassady grew up in is long gone, some of the landmarks he mentions in his memoir “The First Third” are still standing today. Here are some passages from the book, and photos of a few of the places that still exist. 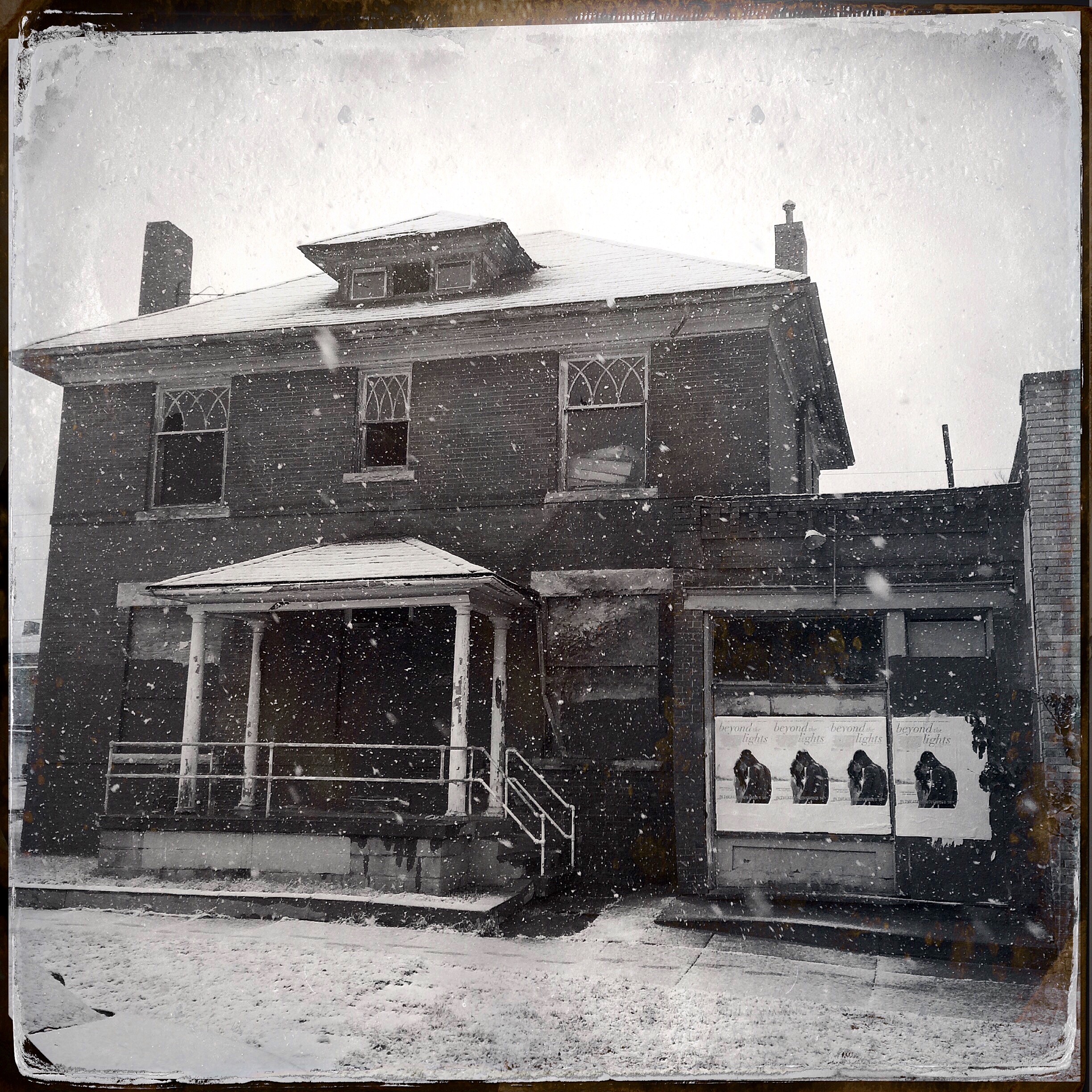 (Photo: CPR/Hart Van Denburg)The squat little brick building at 2558 Champa Street where Cassady and his family once lived still stands, crushed between a much larger, abandoned home on the corner (above) and a rehabbed business. His father, also named Neal, was a barber by trade and the home doubled as his shop in 1930, Cassady writes:

“Finally, in last month of this hectic year, Neal got a two-chair shop near the corner of 26th and Champa streets. In this sad little shop so filled with contention, Neal and Maude shared the last year of their pitiful marriage … Although food was short, at least there was always dessert, for in the middle of the next block was the Puritan Pie Company, and on many a Sunday the shop shades were drawn as Neal cut an employee’s hair in exchange for a pie or two.” 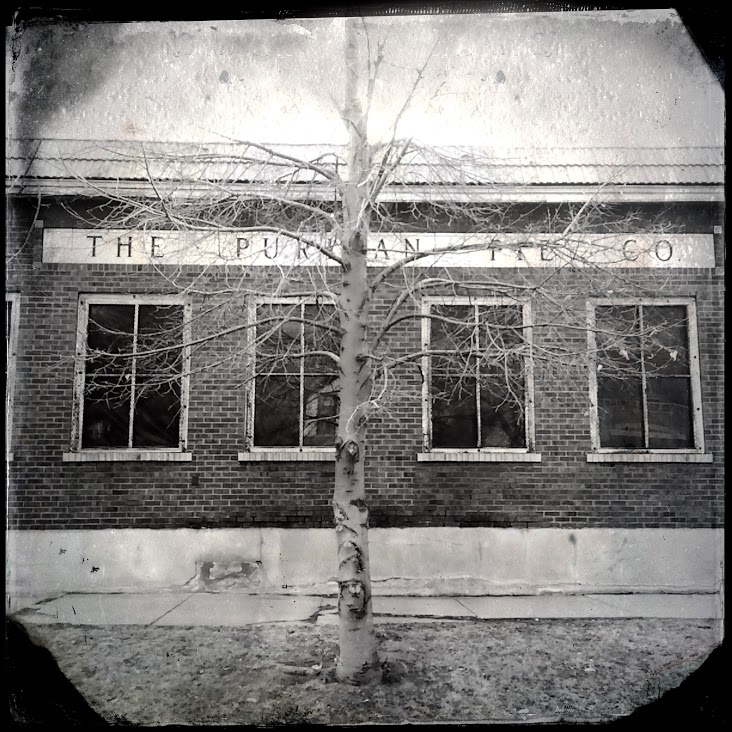 (Photo: CPR/Hart Van Denburg)The pie manufacturing place he mentions figures again later in “The First Third,” for somewhat more shady reasons. One of Cassady’s older brothers and a new wife: “...were now bootlegging from a rear apartment in the three-storied and pink stucco-fronted Evelyn, which, being smack alongside, was forever enveloped in heavy sweet odor from the Puritan Pie Co. that so effectively killed the incriminating whiskey smell.”

Alcoholism would take control of Cassady's father, and in early 1932 the family lost their Champa Street home. Maude took ths smallest children to a new place at 22nd and Stout, and "Little Neal went with his wino father into the lowest slums of Denver."

Cassady recalls that the name of the flop where he lived with his father was The Metropolitan. It stood on the corner of Market and 16th Streets, a neighborhood “fallen into cheapness” in his day, Cassady writes, but which in 2014 is now filled with banks and parking lots. He describes The Metropolitan as:

“... a five-story building in peril of collapse. It housed about a hundred of Denver’s non-transient bums and still does, although long ago condemned. On each of the upper floors there were some thirty-odd cubicles whose walls, failing by several feet to reach it, made the ceiling seem incongruously high. These sleeping cells mostly rented for ten or fifteen cents a night, except for certain superior ones that cost two-bits, and we had one of these, but we only paid a weekly rate of one dollar, because of the top floor location and because we shared the room with a third person.”

That third person was nicknamed “Shorty” because he was legless. Cassady says he never saw him use the communal washrooms, "Encrusted in dirt, he stank of body smell and was very ugly." Even so, Neal's father must have felt protective of their roommate because when Shorty went missing from time to time, "it was up to me to help search the alleys and doorways until we found him. Dad carried him home."

Despite the chaotic and abusive living conditions at the flop, young Neal still went to school in the mornings --  Ebert Grammar School is now a magnet school called Polaris at Ebert. Besides an education it offered something to eat.

The school cafeteria in the basement was not used by the student body since most of the children went to their nearby homes for lunch. so the Cub Scouts, student council and other groups with similar organizational activities used this benched room for their meetings. But there were a couple-dozen of us who did eat there; the city had appropriated a small fund to supply the needy children, whose parents applied for it (Father put off doing this for weeks); a noonday snack of milk and graham crackers.

A still-standing Denver landmark on 16th Street offered Cassady the most predictable clue to the start of his school day from The Metropolitan.

“In the nighttime of Metropolitan squalor, we slept side by side, my dad and I, in a bed without sheets. There happened to be no clock, so I relied on the one on the Daniels and Fisher mammoth tower to wake me for school, which it did. Or at least I think this is what woke me, because as it boomed 7 a.m. down to me I always opened my eyes and from under the unwashed blanket stuck an alert head into our room’s nippy air. There my father snored and, usually being still to drunk to stir, was oblivious to everything."

Back to Five Points

Later in the book, after two of his brothers rescue Neal from The Metropolitan, he describes moving back in with his mother, who was by now across Champa from the previous address on the street in a somewhat larger but still shabby apartment. It no longer stands.

The actual location of the building, which Cassady calls The Snowden, "so named for the very old rake of a landlord who never came near the place," is in dispute among fans and historians. The condition of the neighborhood, never the less, sounds squalid:

"In Autumn 1932, however, when I came fresh from The Metropolitan's torpid bums, it was a rather infamous place, mostly noted as a bootlegging stronghold, although also notorious, over the eastside anyway, for its characters, who were typical yet unusual enough in their own right: ex-convicts, perverts, a jazz musician or two, several prostitutes (usually unpimped), addicts (mainly alcoholic), numerous wild young men."

The Rossonian, on Welton Street (above) was one of the great jazz joints of that era, and is said to be one of the places Cassady took Kerouac.

As sketchy as the neighborhood sounds, Cassady writes fondly of the adventures he has with his drunken father. Here he is describing the end of the 1933 school year, when his father takes custody of him for the summer:

The big day had arrived. School was out, and Father showed up as per agreement, so, begrudgingly over the brothers' protests, I was given up to the happier life -- supposedly for only the summer, but autumn and much of winter was to pass before I rejoined mother at the Snowden. Pop and I immediately bummed off for the West Coast with no special plan in mind; we'd just go until something unforeseen stopped us, like work, women, wine or, as it turned out, jail, then on again to the next stop.

“There were a lot of people who would take advantage of a young child left to his own devices, in basically what was Denver’s skid row at the time," Cassady documentary director Heather Dalton told Ryan Warner on Colorado Matters. "Neal basically raised himself, but there was always a quest for knowledge, a quest for betterment. He spent a lot of time at the Denver Public Library. He wanted to advance himself, and even at a young age, I think he recognized that the written word was going to be his savior."

Under the wing of lawyer and teacher Justin Briarly, Cassady attends East High School for a bit, works capping tires, hitchhikes all over the country, steals cars, and cools his heels for a spell at the Colorado State Reformatory in Canon City. In 1945 he returns to Denver, ready to start the life for which he later becomes more notorious. The rest is Beat history -- in fact, fiction and legend, both in print and across the Internet.  Here's a small sampling of where to track down "Cowboy Neal."