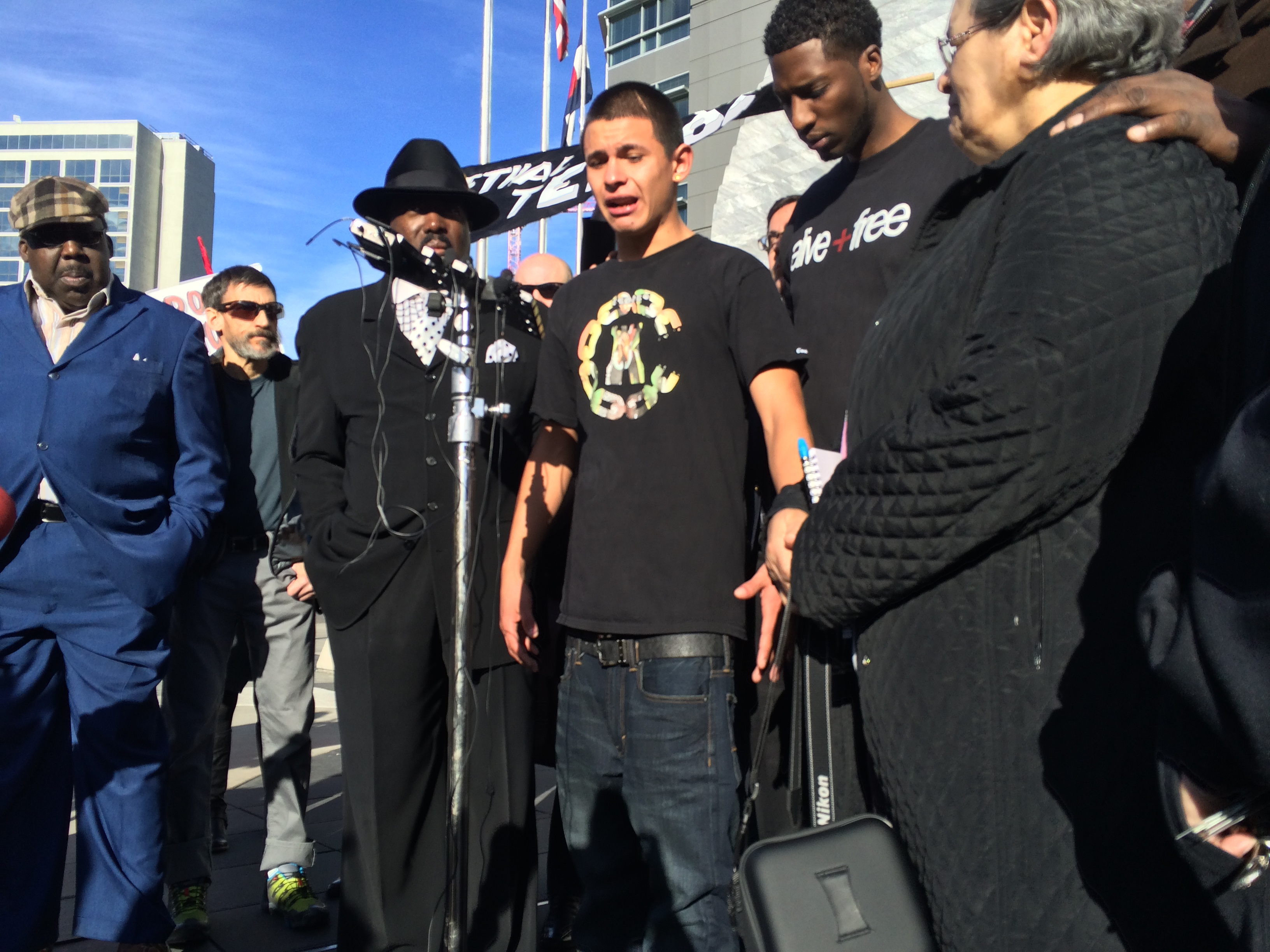 (Photo: CPR/Megan Arellano)The family of a 17-year-old girl who was shot to death by Denver police while driving a stolen car is calling for a federal civil rights investigation into her death.

Jessica Hernandez was killed Monday after police say she drove the car toward an officer, an account disputed by one of the teens in the car.

In a statement Friday, Hernandez's parents said they want the U.S. Department of Justice to investigate her death and for U.S. Attorney John Walsh in Colorado to oversee the criminal investigation of the officers involved.

The family says it doesn't trust Denver police to conduct a fair and timely investigation, and that the department has a history of exonerating its officers.

Walsh's spokesman, Jeff Dorschner, says Walsh is aware of the request but won't comment further. Earlier in the week the office was the scene of a sometimes anguished confrontation between Hernandez's family and friends demanding answers from the DA's staff.

Also Friday, Mayor Michael B. Hancock said the two officers involved in the shooting had been placed on administrative leave -- standard protocol in situations such as this.

“I commit this city’s efforts to fairly and justly address this incident,” he said in a statement.

“The death of Jessica Hernandez is tragic, and my prayers are with the young woman’s family members and friends during their time of mourning. My thoughts are also with the police officers who were involved in this incident. This is difficult for our entire community. Let us summon our collective compassion and work together to heal the pain of such a heartbreaking loss,” Hancock said.

Anticipating a lengthy process, Hancock asked the public for patience "so that we can understand all the facts. Yes, that will take time. And yes, it is the right thing to do."

Denver Police Chief Robert White said Thursday that his department’s policy regarding officers shooting at moving vehicles is "pretty restrictive" amd largely in line with other departments across the country.