Director Quentin Tarantino's coming blockbuster "The Hateful Eight," currently under production in Telluride, is supposed to tell the story of a stagecoach stuck in a blizzard in post-Civil War Wyoming.

One problem, though: Telluride has been unseasonably warm and dry this winter. Here's a recent photo from cast member Zoe Bell:

In an appeal to the ancient Norse god "Ullr" for much-needed snow, the film's cast and crew (including Samual L. Jackson and Tarantino himself) threw a "ski burn" earlier this week. 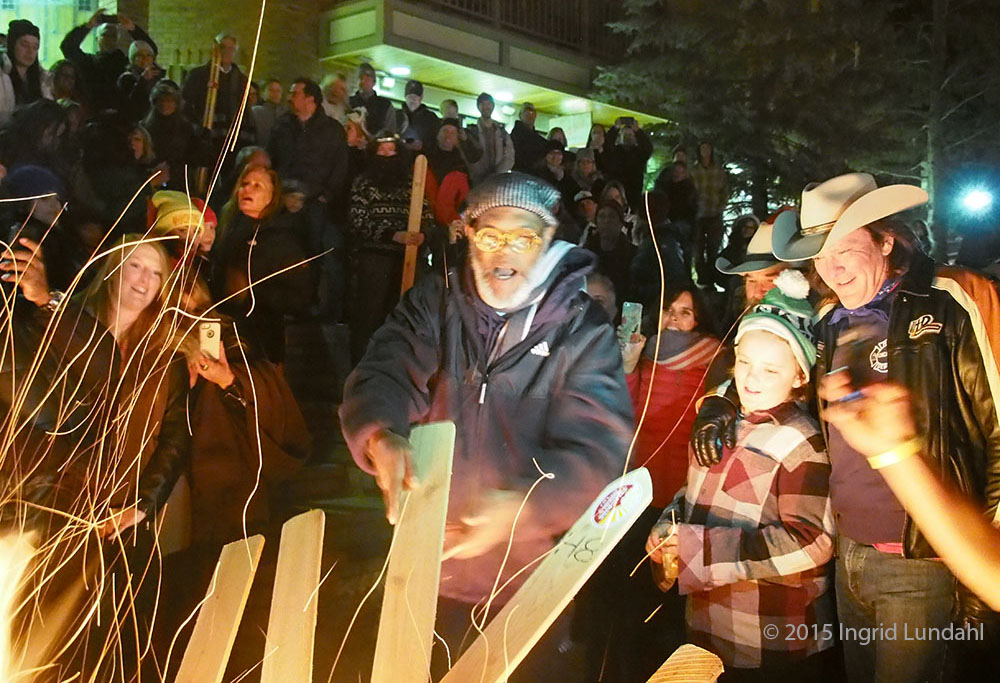 Usually we got results in the old days once the Snow God was invoked, even if it was just a dusting. This time, the wooden ski shapes were free of toxins. Politically correct. We’ll see if there are results. At least it’s clouding up, after weeks of May-type weather, lovely but spooky.

Ullr, an ancient Norse god, as interpreted by local actor Ashley Boling, appeared at the bonfire with his bad broken English and Viking hornage atop his head. He interacted with Mayor Stu Fraser and with Samuel L Jackson. Soon thereafter, Jackson hurled his ski into the blaze, invoking, in his signature raw language, the Snow God to deliver. Tarantino, too, held his ski aloft before launching it into the burning pot.

Whatever you may think about ancient Scandinavian deities, the area is due for a snowstorm this weekend. The film is due to be released in November.