Cyclists generally like protected bike lanes. They aren't your run-of-the-mill bike lanes, which might double as a parking lane or right-turn lane. Rather, they protect cyclists with a permanent physical barrier between the bike lane and traffic -- or, as is the case in Pueblo, the bike lane is placed in between the sidewalk and parking lane like this: 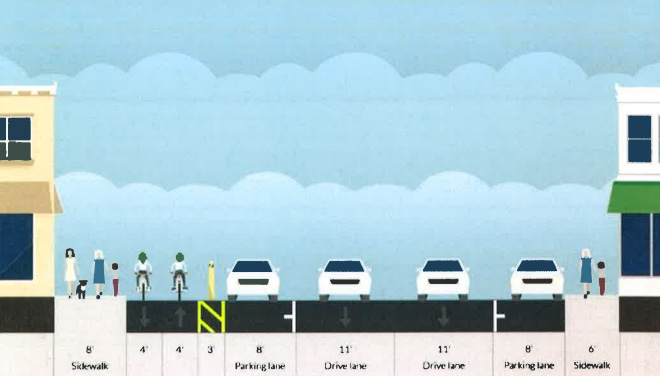 The city recently installed such a system along Fifth Street in downtown as part of a Kaiser Permanente-sponsored fitness initiative. And, the Pueblo Chieftain reports, motorists are having trouble figuring the new configuration out.

“We see our customers just parking at the curb, in the bike lanes,” Lee Gladney, of Pueblo Bearing Service, said at a raucous public meeting.

Other businesses complained that the new layout is costing them customers. The city will consider changes to the lanes, the Chieftain reports.

Protected bike lanes are growing in popularity though; Denver is considering adding one on Broadway from I-25 to I-70.