Hailing an Uber in Denver and other big cities is a quick and easy task. Indeed, the company says it covers 75 percent of the U.S. population.

Venture into the mountains though, and you'll likely be waiting a while for a ride -- if any drivers are on duty at all.

But now, with ski season heating up, Uber is working to change that. The company is aggressively recruiting drivers for Aspen, Vail, Steamboat Springs and Summit County. But it's an uphill battle -- Uber has struggled to move into smaller markets, even as it has become hugely popular in big cities. 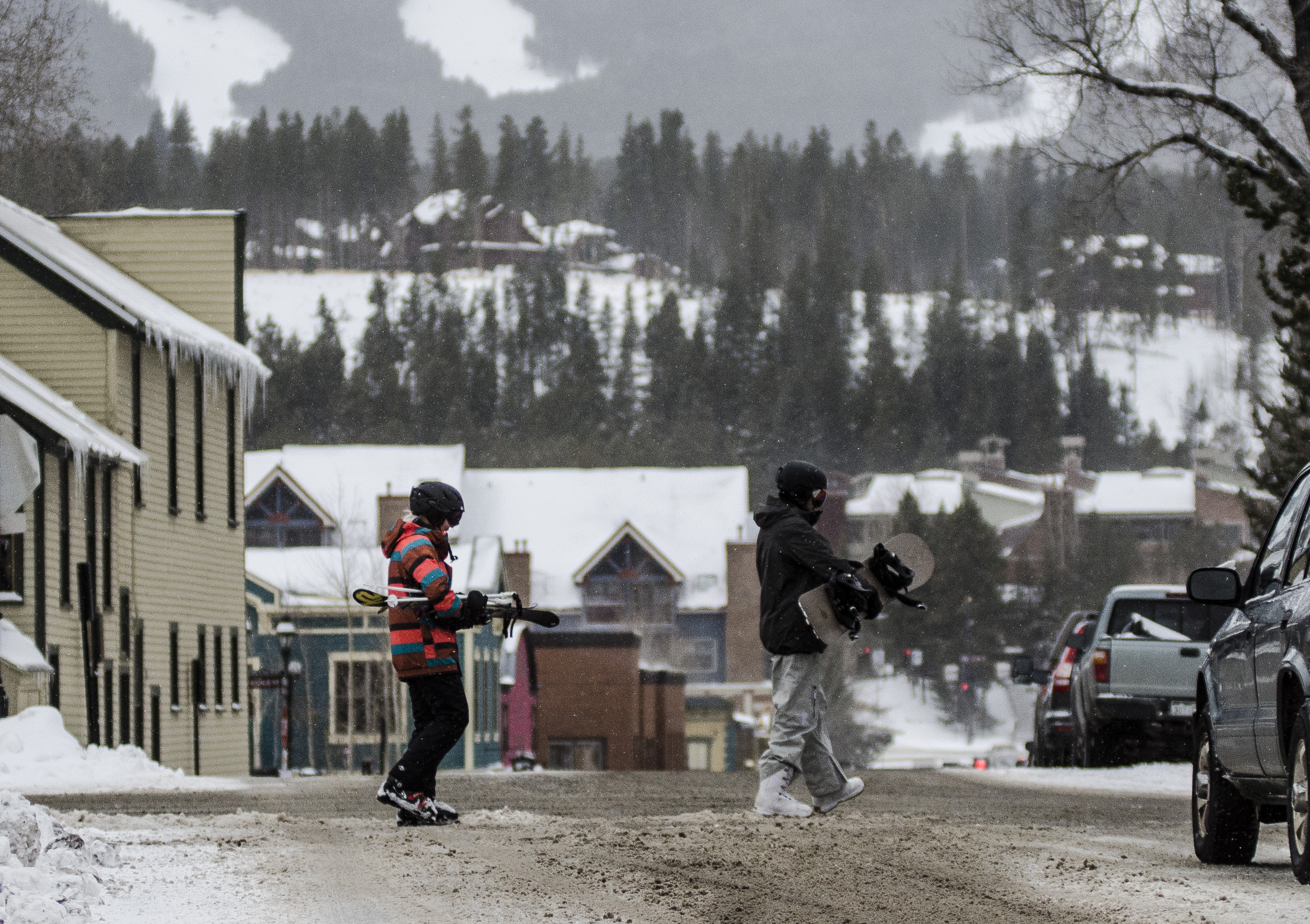 But once snow starts to fall and tourists start flocking to the resorts, that goes out the window. Uber's first foray into the mountains in 2013 was "overwhelmingly embraced" said company spokeswoman Jaime Moore.

Moore said the app has been opened 200,000 times in the mountains since 2013. The company has been running local radio ads and hosting recruiting events in Summit County and the Vail Valley over the last few months, hoping to sign up 100 drivers and drop wait times for rides to no more than 10 minutes. The region had just 18 Uber drivers before the effort began, a number that has since grown to around 60.

The company is looking for people like James Devlin of Breckenridge, a recent transplant from Florida who's seeking a flexible job.

“It seemed like a good fit for me for the winter. I want to get out skiing and kind of want to work at my own pace and on my own time," he said at a recruiting event in Frisco last month.

Uber has sweetened the pot for drivers, too. The base fare is $10.95, more than twice the base fare in Denver.

Moore said Uber is already seeing some "organic" expansion is the state's less-populated areas. A 2014 Colorado law that established a regulatory framework for transportation network companies allowed Uber to turn on the app for the whole state. That's led drivers to sign up in places like Grand Junction, Durango and even Salida -- though Uber generally doesn't focus on such small- to mid-size cities. 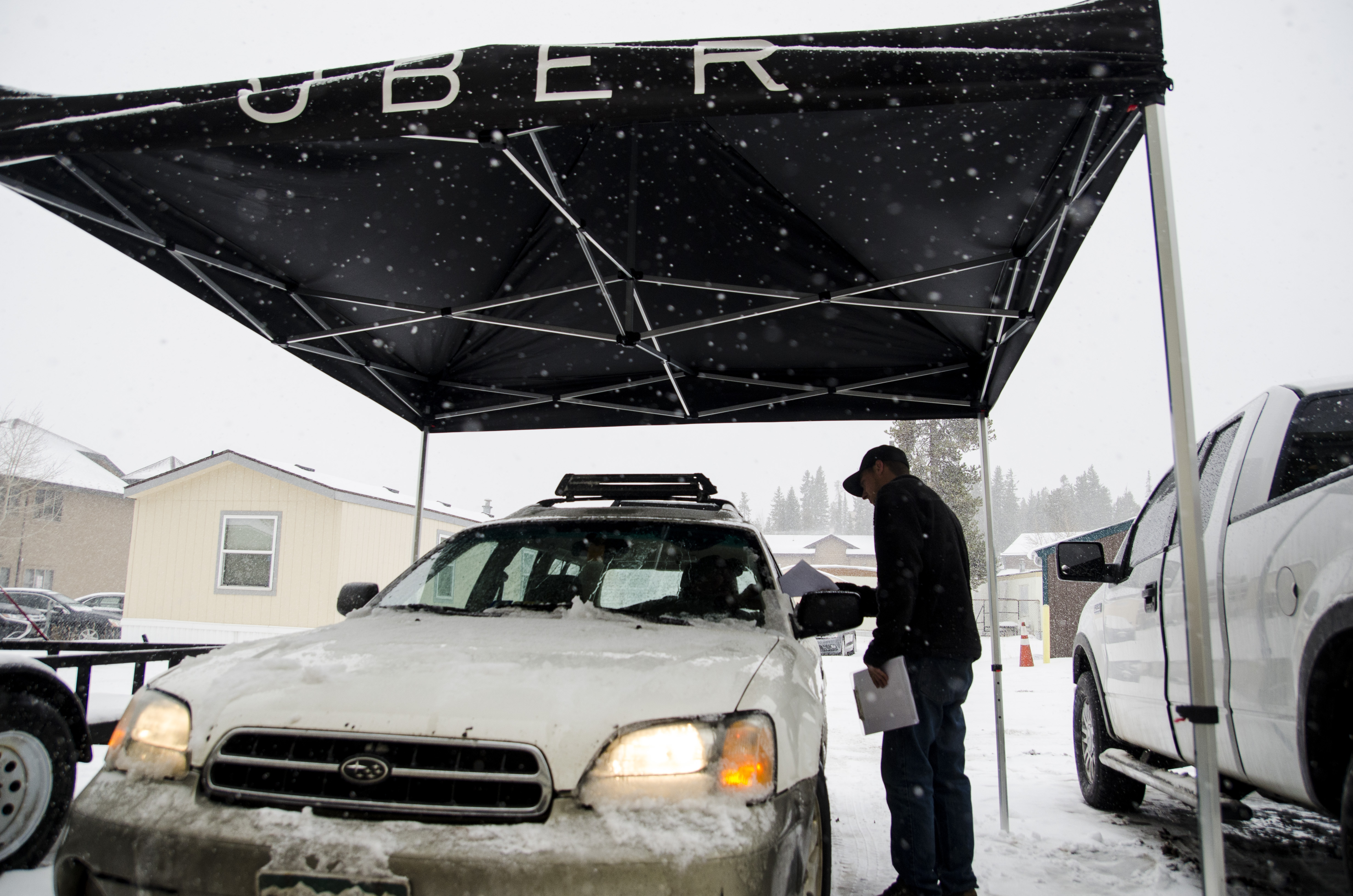 The 2014 law -- the first such passed by any state in the country -- requires drivers to pass a vehicle safety check, a criminal background check and a medical check. The company also insures drivers while they are ferrying passengers; drivers buy their own commercial insurance for "gap" times between trips.

Such regulations are similar to what taxi drivers face, said Terry Bote, spokesman for the Colorado Public Utilities Commission. However, taxi companies still deal with tougher regulations than transportation network companies like Uber. For instance, they must operate within a state-approved coverage area and have their rates approved by the PUC.

The 2014 law helped level the playing field, said Todd Gardner, owner of High Mountain Taxi. He still has some quibbles with Uber -- surge pricing and safety issues, for example -- but he sees the upstart's expansion into the mountains as a good thing.

“It’s actually, if you will, growing the pie maybe a bit," said Gardner, whose company operates in Aspen, Vail and Summit County. "And made more people aware of the types of transportation they can use out there to go about their daily business without using their car.”

Others don't see it the same way. Nash Pillsbury started Ride Taxi in Vail over the summer and said Uber will cash in during the busiest times and then disappear.

“There’s a service that needs to be provided 24 hours a day, 365 days a year in this community," he said. "And these guys show up and cherry-pick, basically.”

Uber spokeswoman Moore said the company eventually wants quick service to be available year-round. But for now, its efforts are focused on ski season.