It has something to do with its 32-feet-tall frame and those glowing red eyes, which have led some to declare it demonic. But there’s also the fact that a piece of the 9,000-pound artwork fell and killed its maker, Luis Jimenez.

“What kind of dark thing has surrounded that?” Pullman asks. “There was a point where I thought that horse is at the heart of ‘The Wild Hunt’ and why we’re in Denver.”

The Hollywood and Broadway actor said there’s a darkness that pervades “The Wild Hunt,” a stage production he’s now writing and directing with collaborators in Colorado. Denver’s Visionbox Studio will host a preview at the EXDO Event Center in Denver on Jan. 10, 2016.

“There was a great darkness, a sense of possible apocalyptic events around the winter solstice,” he said. “And that the seam between the living and the dead is most permeable at that time.”

The story centers on a character named Lussi who has premonitions of an apocalypse while in a mental health facility in New England.

“There’s a sense that humankind could be resilient and adapt to all the problems that are ahead,” Pullman said. “But also her understanding is that the human race may be more bent toward self-destruction.”

Theater That Is ‘More Of A Laboratory’

“The Wild Hunt” is a passion project – one that Pullman likens to whittling. He is a busy guy, with recent roles ranging from the forthcoming film “Independence Day: Resurgence” to a stage adaptation of “Othello” in Norway.

“In down time, I get to take out ‘The Wild Hunt’ and reconnect with theater in a way that’s more of a laboratory,” he said.

It’s his take on devised theater, a form defined by its collaborative and often improvisational approach. That means the performers also contribute to aspects like story development.

“The process is really what interests me,” Pullman said. “The end is a little bit of a mystery.”

Pullman’s chief collaborator on the project is co-director Jennifer McCray Rincón, who founded the Denver Academy of Dramatic Arts at Visionbox Studio in 2010.

The two met while working as budding theater professionals in New York City during the early 1980s. Rincón moved to Denver in 1991 to serve as the head of acting at the now defunct National Theatre Conservatory. During a trip to New York City in 2002, a chance reunion with Pullman prompted the pair to stay in touch.

“We had a lot of synchronicity in the way we thought about actor training and directing and wanting to do theater that really connected with the imagination, the subconscious and mythology,” Rincón said.

“Expedition 6” later marked their first collaboration on an original work, which they workshopped at the Conservatory. The 2007 production premiered at San Francisco’s Magic Theatre. It used low-flying trapezes and a low-tech approach to tell the story of three astronauts stranded on the International Space Station after the Space Shuttle Columbia disintegrated during its return to Earth in 2003.

“With a lot of theater today, the focus is on the physical environment and not on the actors and the imagination,” Rincón said. “So we learned to work with a group of actors to evolve a piece.” 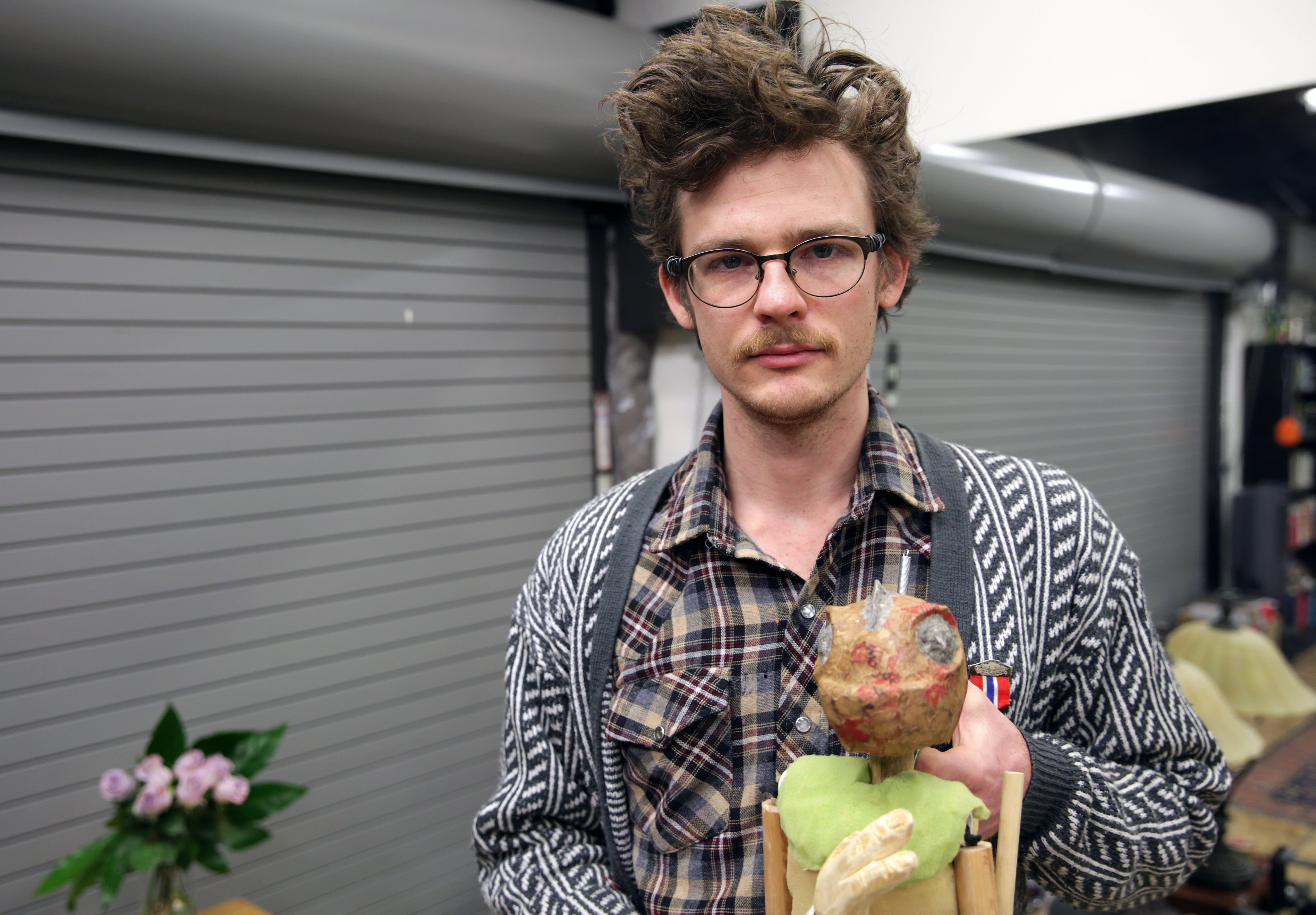 (Corey H. Jones/CPR News)Just as “Expedition 6” used trapezes, “The Wild Hunt” will use projections, masks and puppets to guide the story. That’s where Bill Pullman’s son, Jack, comes in. He designs puppets.

“They’re one of the oldest forms of theater and storytelling,” Jack Pullman said. “If we are dealing with this kind of ritual, mythological story and trying to tap into the ancient methodologies and these forgotten gods, incorporating this puppet revival is a useful thing.”

The creators plan to take different iterations of “The Wild Hunt” around the country for test runs before returning to Denver for a proper premiere. After all, Pullman says the city's openness has helped foster the production’s growth.

“I think creatively in Denver there’s a lot of permission to explore things,” he said. “It’s part of a larger impulse to accept new ideas and try them out.”