Every year, tens of thousands of Coloradans venture into the state's national forests looking for just the right Christmas tree. This year, Amy and Patrick McGuin and their four sons were among them. They recently moved to Colorado from China, and were looking forward to starting a new tradition -- "something small" for their two-bedroom Lakewood apartment.

"The tree is kind of secondary to the experience of coming out as a family," Patrick McGuin said. His sister and brother were along for the outing too.

The McGuins soon found a Douglas fir and hauled it back to the car. Permits, at $10 a piece, always sell out quickly for the Buffalo Creek Christmas Tree Area -- but this year it was exceptionally hard to get one. The Forest Service reduced the number of permits from 7,500 to only 5,000 after the tussock moth swept through the area over the spring and summer, chewing up evergreen trees -- including the Douglas fir.

"The caterpillars go to the very top and they just eat all the fresh new growth and needles," said Brian Banks, district ranger for the South Platte Ranger District. "They'll just work their way down the tree."

These waves of moth attacks happen every decade or so; a naturally occurring virus usually kills off the insects within a year or two, Banks said. But this year's outbreak, the largest since the 1990s, has forest managers and property owners at attention. It's affected 24,000 acres in the Buffalo Creek area, the Perry Park area, Cheyenne Mountain in Colorado Springs and an area near Boulder in the Arapaho Roosevelt National Forest.

Not all of the affected trees will die, Banks said. Still, he said he made the call to reduce the number Christmas tree permits to try to strike a balance with what doesn't survive. 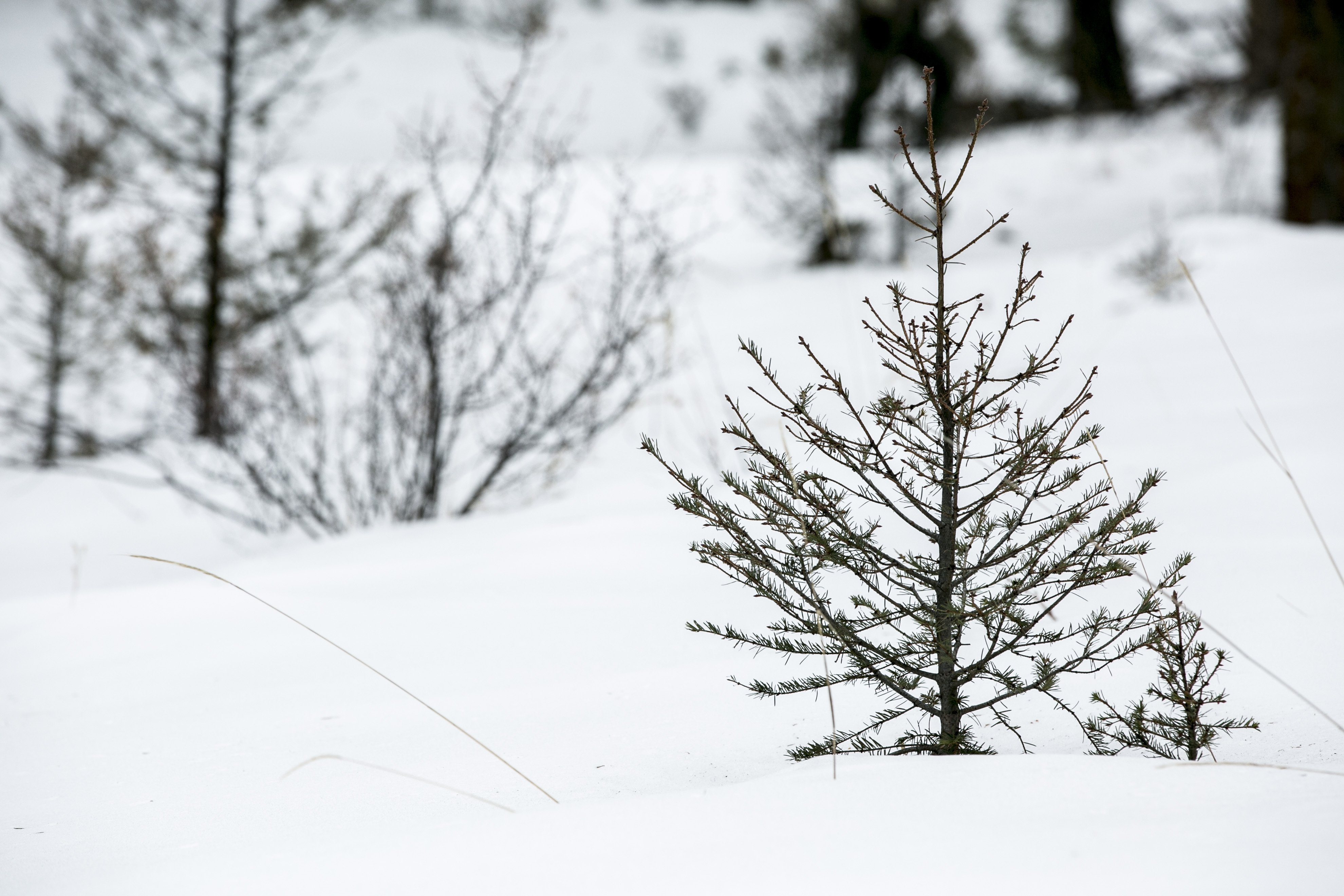 The program is actually part of a greater strategy to keep the forest healthy, Banks said. It's a cheap, relatively easy way to thin the forest. If allowed to grow unabated, thick undergrowth can choke out species and become susceptible to disease and huge fires.

In a perfect world, small fires would be allowed to thin the forest more regularly. But the suppression of all fires, as was the official federal policy for decades, helped contribute to the occurrence of massive wildfires today, he said.

Stands of dead trees could be tinder during next spring’s wildfire season, which has the nearby North Fork Volunteer Fire Department worried. And Fire Chief Curt Rogers say there’s another problem: The tree cut program helps the fire department monetarily as well.

The department's "Christmas trees and chili" fundraiser accounts for nearly 10 percent of their annual budget. Complete with Santa Claus, hot chocolate and bowls of chili, it's the place to be after cutting down a tree. The event usually spans three weekends, but was cut to two this year because of the tussock moth.

"We'll attempt to find other fundraisers to offset this event," Roger said. "[But] it'll be a hard thing to replace."

By next spring, Banks says he'll have a sense of how much damage the moth inflicted.