The Denver Broncos are one win away from the Super Bowl. They face the New England Patriots Sunday afternoon at Mile High Stadium in the AFC championship game.

The Broncos are the number one seed, playing at home. Why are they underdogs?

"There's so much uncertainty. Peyton Manning hasn't started two games in two consecutive weeks in a very long time. We kind of have to feel that out. I think the other big difference ... is that Julian Edelman is back at wide receiver for the Patriots. He did not play against the Broncos in late November and he's been the key to their offense."

This is the 17th time the quarterbacks -- Peyton Manning and Tom Brady -- have faced off. Is it a different Manning at this point in his career?

"It is. You can't even really call it the Peyton Manning of a year ago. This time last year, obviously the Broncos were out of the playoffs. Toward the end of last season he was injured, but he was still Peyton in a lot of ways. People thought he could come back from this, he could still be the guy he was in some sense. And at this point, he's not. After the game last week, [Broncos cornerback] Chris Harris called him a 'game manager.' Which can be a derogatory statement in some sense, but it's not here. It's just the point Peyton is at in his career." 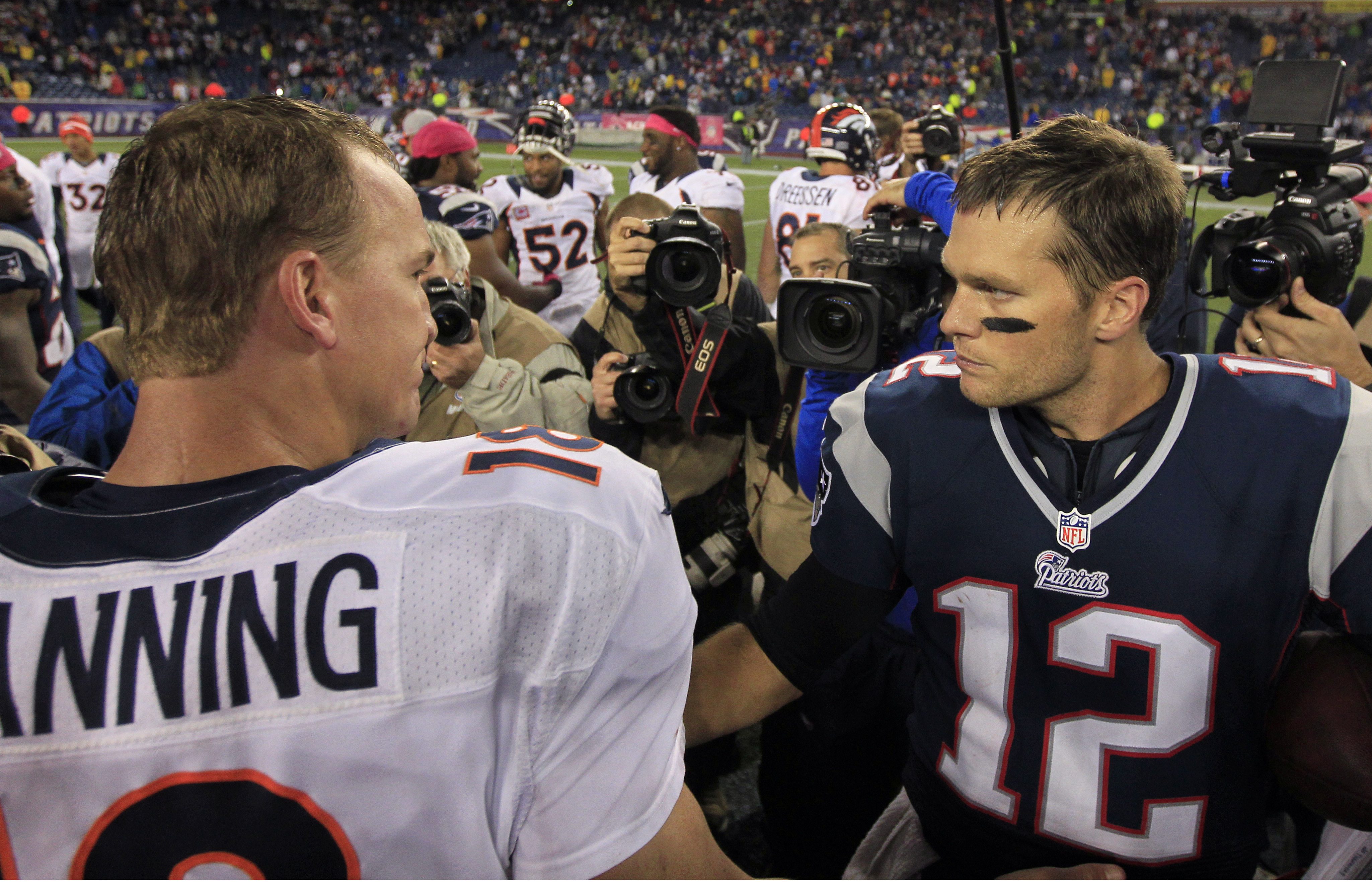 How important is running to the Broncos offense?

"That's really the key to all of this. It's the key to Gary Kubiak's offense. That was part of the problem this season, especially early when the offense was so stagnant. But they looked better last game. Against the Patriots defense, I think there's a chance they can establish something. I think offensively, the bigger difference that could be made in terms of the tight ends -- in November when these two teams played, the Broncos ran a ton of two tight end sets which got them success on that side of the ball.

What about the coaches?

"There's no one in the game better than Bill Belichick. He's been the subject of a lot of speculation and negativity over the past year in terms of Patriots. Do they cheat? Is that is M.O.? I can't speak to that obviously. I don't really know what he does. Whatever he's been doing for the past two decades has certainly kept them at the top of the game. He's so great at adjusting and anticipating too. He knows how the Broncos are going to play his team. He is that smart. Not to say Gary Kubiak isn't a great coach, but no one is Bill Belichick in my book.

Broncos have one of the best defenses in the league. How do they match up against New England?

"The Patriots haven't had much of a running game lately. After those injuries, I think they rushed for, I believe, 38 total yards against Kansas City last week. So that's really not impressive. I think the Broncos should be able to do a good job shutting that down. The issue is the defensive backs. Chris Harris has been injured. Chris Harris is the key to the Broncos defense in this game, in my book. His shoulder was hurt last game and he was pretty much a defensive liability. They pulled him out. He didn't play much starters reps -- Bradley Roby got those reps. [He] didn't play fantastic [and] made a few errors. So I think if Harris is in there and healthy, which seems pretty doubtful at this point ... I think he'll be healthier than he was last week but that's not really a high bar to set. So I think the Patriots receivers and [tight end] Rob Gronkowski could run over the Broncos secondary in the worst-case scenario. 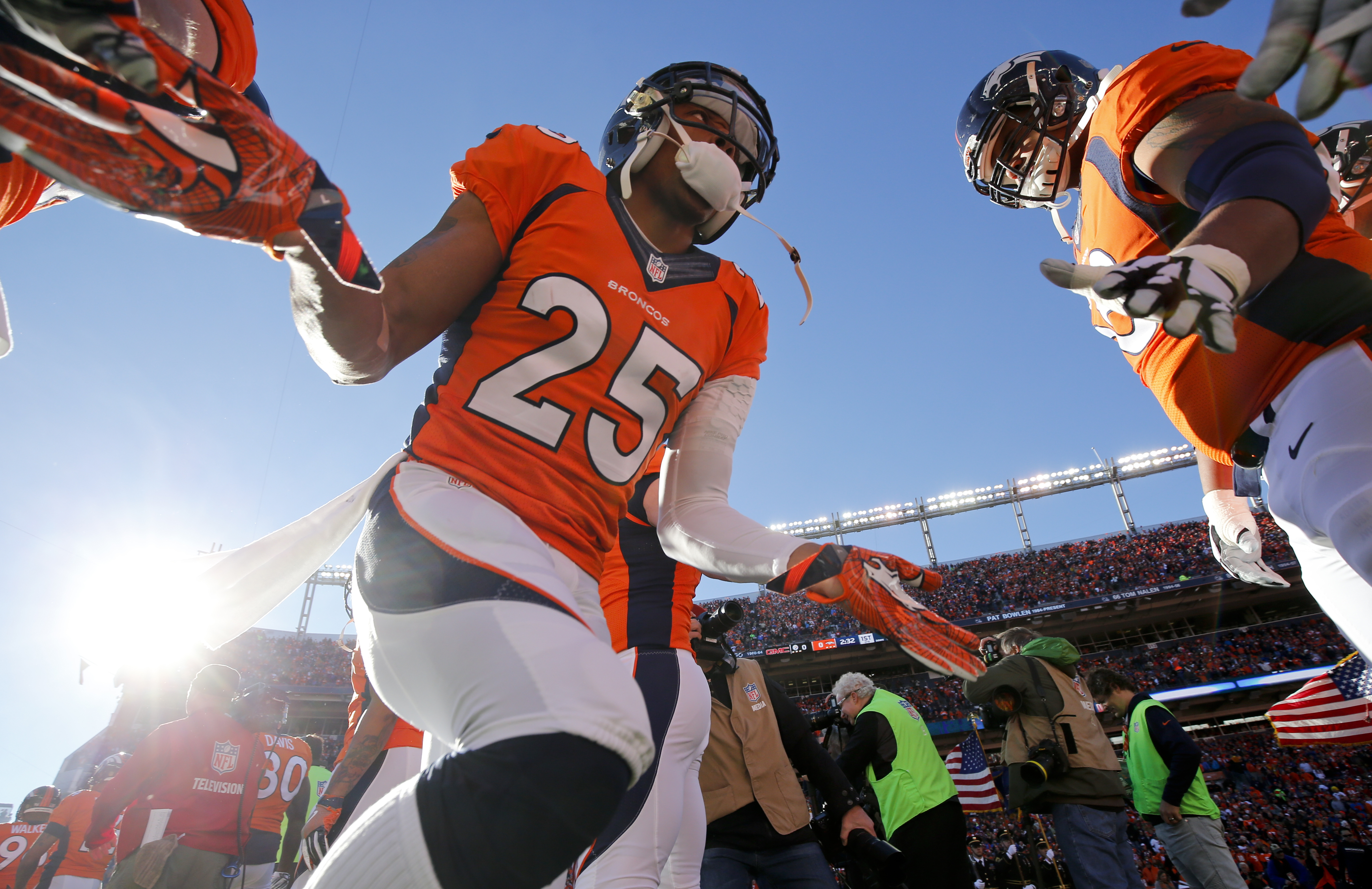 Will this be the last game for Peyton Manning?

"If you want to put money on it, I would say probably yes. I would pick the Patriots to win this game. And I just don't see how Peyton really comes back next year unless he really feels like he has something to prove. His body has taken such a beating over the years and you don't just recover from that. You don't just take the offseason and you're better the next year. He'll be 40 at the time. So if I were a betting woman I'd put money on this maybe being the end for Peyton Manning."