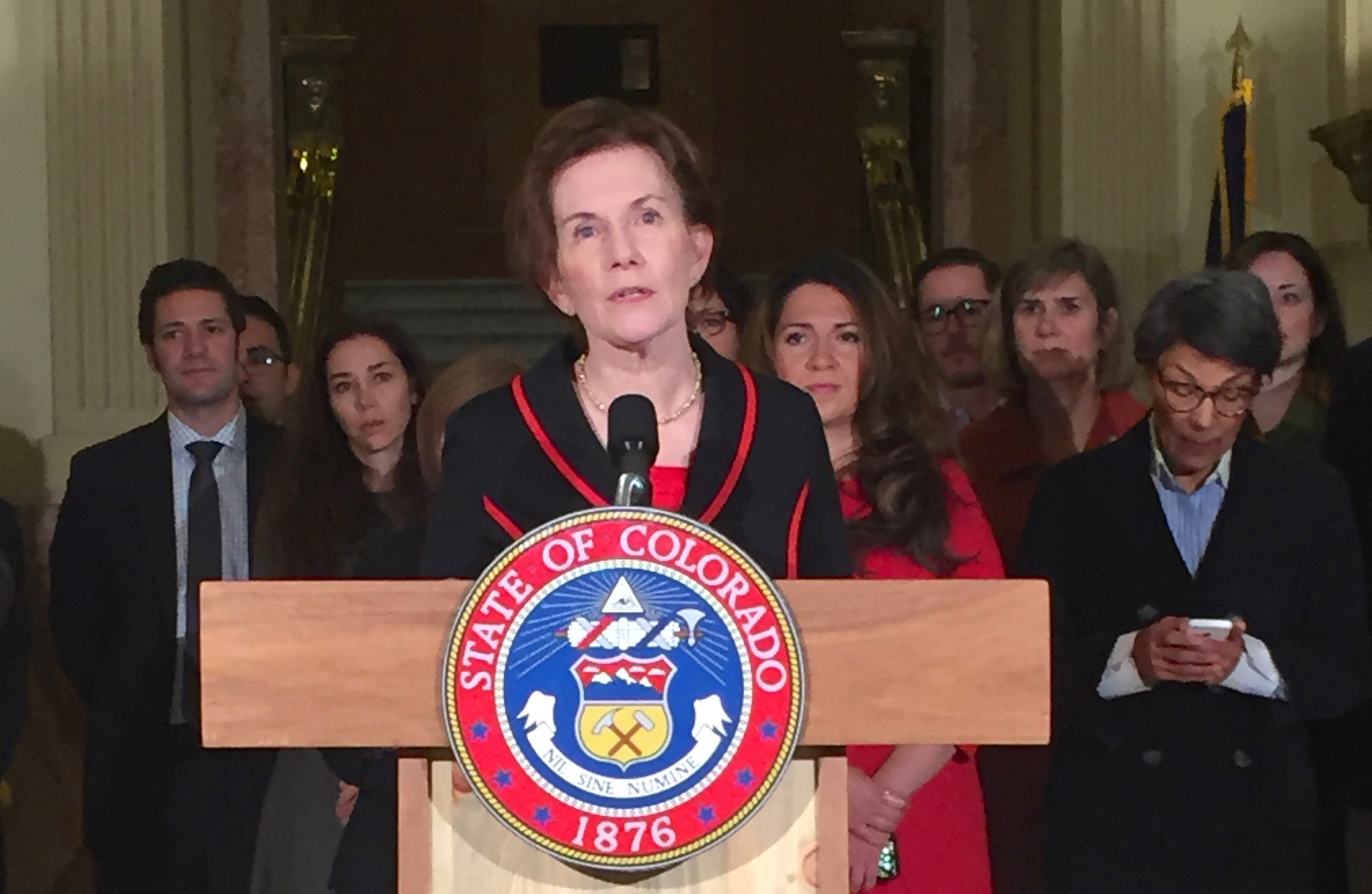 If confirmed by the Colorado legislature, Lynne will replace current Lt. Gov. Joe Garcia, who is stepping down from his post for another career opportunity.

“This is a hard decision for me to leave that family that I’ve been part of for 11 years," Lynne said, "But the challenge that the governor laid at my feet is awesome.”

Lynne is currently the executive president of Kaiser Foundation Hospitals and is group president for its Colorado, Pacific Northwest and Hawaii regions. She oversees 1.4 million Kaiser members and a revenue base of more than $7 billion, according to biographical information on Kaiser’s website.

Lynne has a long resume in the health care field. This includes a 17-year position as executive vice president and chief operating officer for Group Health, Inc. from 1998 to 2005. She held the same title in the mid-90’s for the New York Business Group on Health.

Prior to that, Lynne spent 20 years in various positions in New York City government.

Lynne serves on several boards, including the Colorado Education Initiative, Denver Public Schools Foundation, the Denver Museum of Nature and Science, and the Colorado Mountain Club.

Garcia announced in November that he would soon be stepping down from his post to join the Western Interstate for Commission of Higher Education.

Hickenlooper selected Garcia as his running mate for the 2010 gubernatorial election.