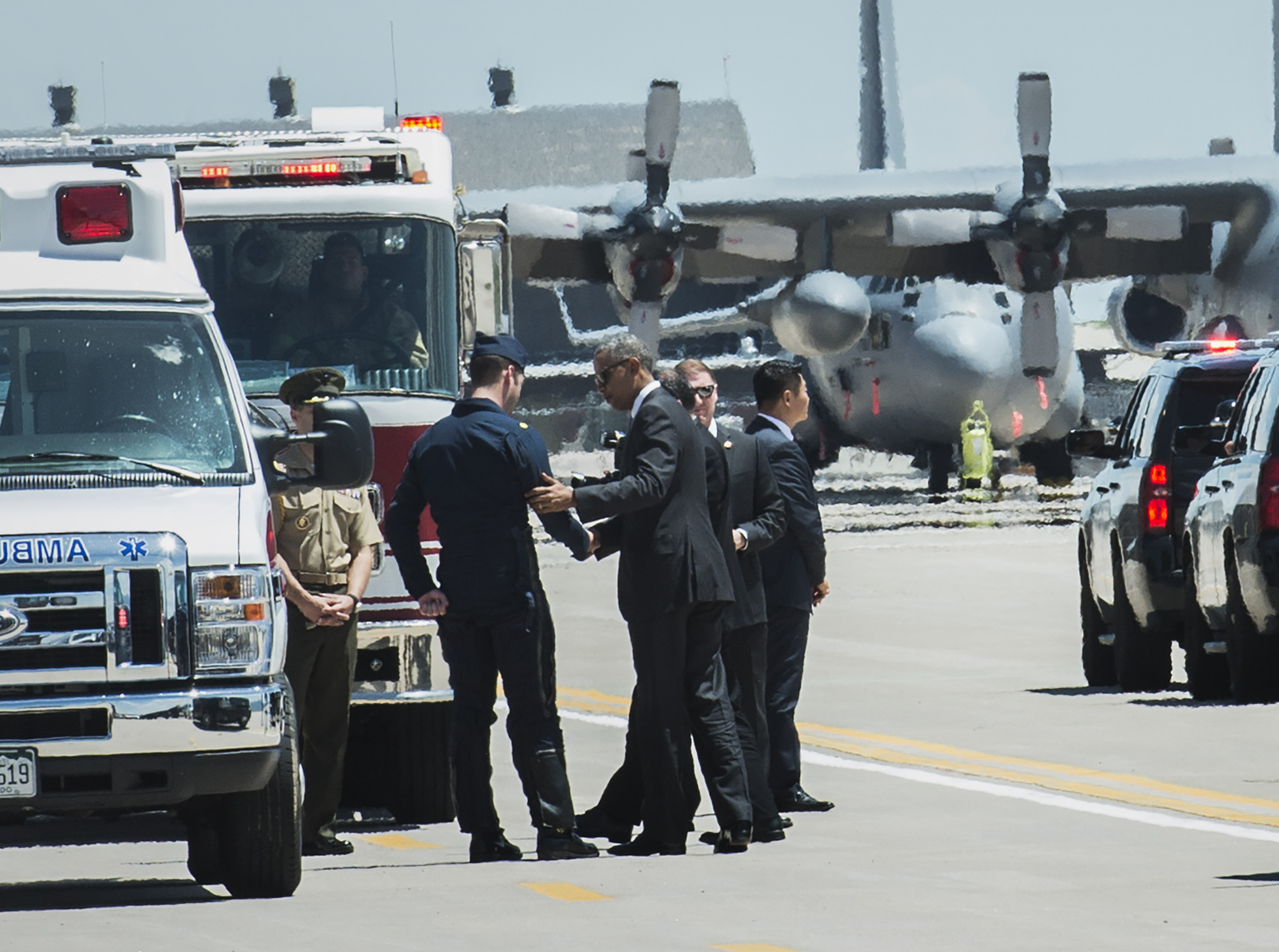 The crash happened the same day that a Durango native and Blue Angels pilot crashed and died on a training flight in Tennessee.

In Colorado Springs, the pilot ejected and "is in pretty good shape," said Jeff Bohn, public affairs officer at the 21st Space Wing.

President Barack Obama was at the Air Force Academy event to deliver the commencement address. The crash there happened after the flyover, while Obama was still at the graduation site, taking photos with attendees.

A White House spokesman said the president stopped his motorcade and shook hands with the pilot moments before boarding and leaving Peterson Air Force Base on Air Force One.

Another Air Force spokesman confirmed the downed plane was jet No. 6. That jet's pilot is Maj. Alex Turner. The Thunderbirds' website says Turner has logged more than 1,200 flight hours as an Air Force pilot, with more than 270 combat hours in Libya and Iraq.

Press Secretary Josh Earnest said the president “thanked the pilot for his service to the country and expressed his relief that the pilot was not seriously injured. The president also thanked the first responders who acted quickly to tend to the pilot.”

The crash happened about 15 miles south of the academy, near Peterson Air Force Base. Ernest a Secret Service helicopter operating in support of the president was diverted to the crash site and picked up the pilot.

The helicopter brought Turner "to where local first responders were, and so that's why he was at that location.  But that did happen to be the location where -- that would be along the route of the President’s motorcade on the way to the airplane.," Ernest said. "So the pilot and the first responders were, in this instance, literally on the way to the plane.  So the motorcade stopped and the President had an opportunity to visit briefly with the pilot but also to thank the first responders who reacted quickly to attend to him."

The Thunderbirds squadron is made up of eight pilots flying F-16 Fighting Falcon jets. The Thunderbirds website says the pilots perform about 40 maneuvers during their regular 75 minute shows, of which there are about 80 each year.

The last Thunderbird crash was at Mountain Home Air Force Base in Idaho in 2003.

"These are the best of the best," said Melissa Walther, a spokeswoman for Air Combat Command. "It's very rare for things like this to happen. We take our training and safety incredibly seriously."

Air Combat Command, which oversees the Thunderbird team, will lead the investigation into the incident -- including why the plane went down.

The Durango Herald first reported that Kuss was a Durango native.