Artist Sean O’Meallie has a box full of plastic parrots in his Colorado Springs studio. He used them to create a sculpture called “Poly Poly” that recently received recognition from Americans for the Arts.

O’Meallie used to invent toys. And he’s made a career out of turning playful ideas into art. He loves working with wood. But his imagination takes over whatever material he touches.

O’Meallie installed “Poly Poly” above a downtown alley last year as part of a program called Art On The Streets. The Colorado Springs Downtown Partnership gave him $1,250 to create and install the piece. But O’Meallie says the whole project actually cost around $7,000.

But when a jury later picked “Poly Poly” as 2015’s top Art On The Streets project in Colorado Springs, the award came with a $10,000 prize. Most of that money went to cover maintenance.

“When I won that prize it was wonderful, but it was also a huge relief. If I were paying for all of that up front, I probably wouldn’t have done it if I’d have known the cost of it. Art has this challenge to go out there and say that it’s worth doing. My thinking was if we changed the way people thought about that alley space, it might be looked at differently. It might get a little more respect. Business owners might see that that space has more value than just a tunnel of sludge for restaurant grease and meat deliveries and things like that. Art makes us more human, it forces us to accept diversity and alternate ways of thinking.”

O’Meallie often ponders how people will engage with his art. He plans to reinstall a more durable version of “Poly Poly” this fall. But first, he has to raise the money to do it.

That's where the thinking of people like Susan Edmondson comes in to play.

Edmondson is CEO of the Downtown Partnership in Colorado Springs. Its Art On The Streets effort is pretty much the lifeblood for public art around downtown.

Every year, the program picks about 10 public art proposals from around the world for temporary displays. Business and people can also buy pieces. Art On The Streets also has a permanent collection with nearly 30 pieces.

Here’s the thing: Colorado Springs does not pay for public art like other places such as Denver and Greeley. Instead, this program is privately funded mostly by businesses and other sponsors. Edmondson says she would like to see the arts get more funding from the city. However, she says many Colorado Springs residents prefer limited government.

“It’s very tough to be a public artist. We would like to do more in stipends, but we know that that doesn’t always fully cover the cost, say for large-scale works. Public art really makes a statement about a community’s values, and our downtown businesses and philanthropists really value the importance of public art. There’s a little bit more of that collaborative, can-do attitude. It’s not just this top-down, ‘no matter what it’s going to happen’ [attitude]. It does mean we’ve got to work harder for things here.”

Brian Elyo agrees, and he has some other ideas. 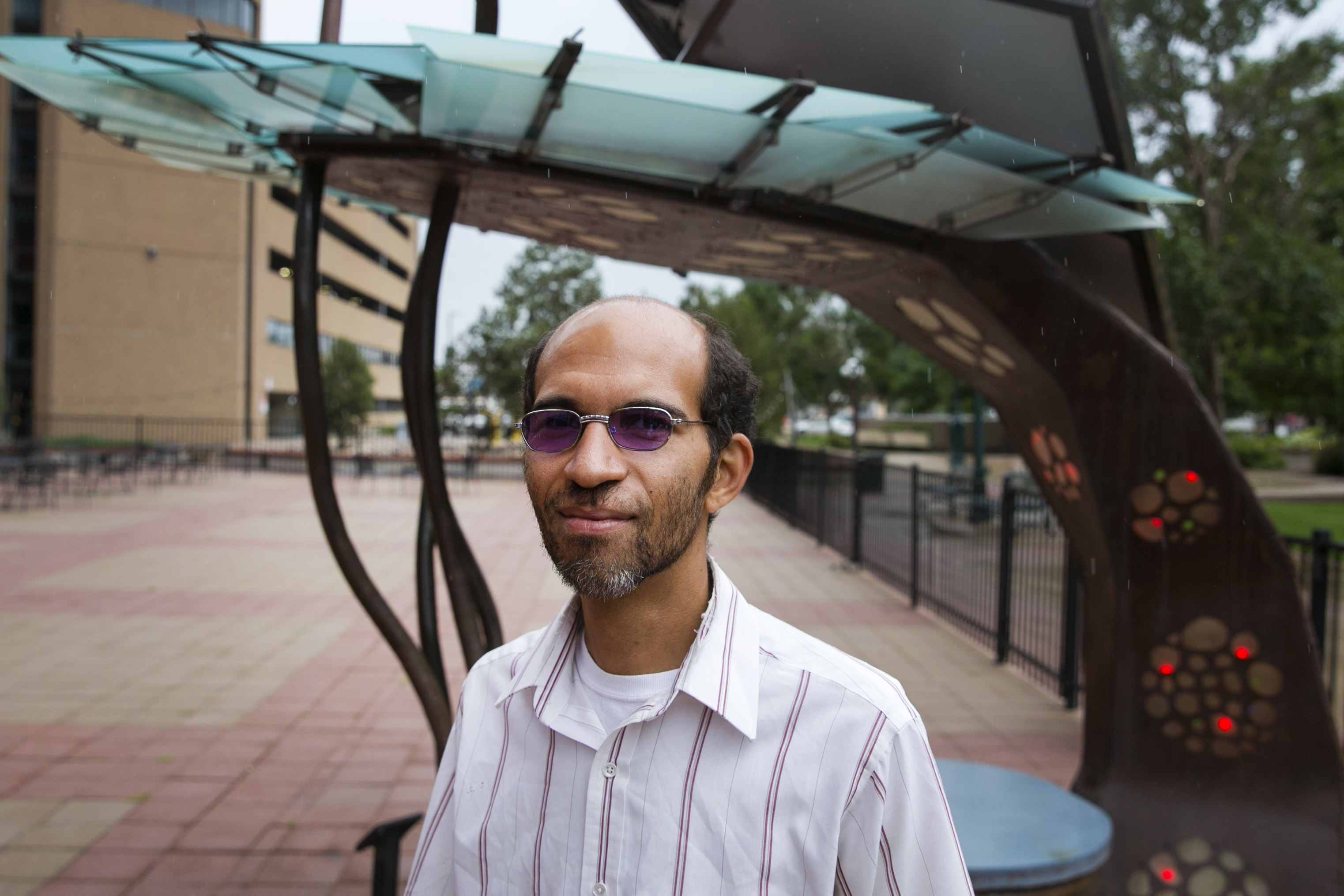 Elyo is familiar with a lot of the public art in Colorado Springs. He’s lived in this city for nearly 20 years. He recently served as chair of the Colorado Springs Public Art Commission. And he wants to see more sculptures, murals and performances around town.

The arts advocate has researched many programs and funding models across Colorado and the country. Elyo says a lot of people in Colorado Springs want their neighborhoods to feel more creative. He points to the work of nonprofits like the Cultural Office of the Pikes Peak Region and Concrete Couch, a grassroots group that pays for its public art projects with fees, donations and grants.

“This is the perfect example of how the city supports art: They say, ‘Oh it’s a blank wall and you have all the funds and all the people to paint it and we don’t have to do anything? Super, go for it!’ I think it’s great that the city has that confidence. But nobody helps coordinate this. We don’t even have a public art master plan. I really feel like the city’s leadership thinks of art as an extra, that it’s a luxury we can’t afford right now.”

But Elyo believes the creative community in Colorado Springs needs more than just encouragement from the city. So he hopes the commitment to art made by groups and businesses inspires city officials.

Back in 2010, Colorado Springs made national news for measures it took to cut costs. The city turned off streetlights, stopped picking up trash from parks, and slashed police and fire budgets. Strand says those budgets have rebounded. But now, the city really needs to improve roads and storm water management. Once these problems are fixed, Strand says an investment in the arts could attract more people to town.

“Arts and culture is not up at the top where I would love to see it, but you have to take care of public safety issues in a community that has had wildfires, flooding and other issues that are serious. I’m just hoping we can go forward -- it may not be this year or next year -- with some sort of permanent funding, something that we can sustain our arts program with. And I’d like to be a helper in that regard.”

This story is part of a reporting project to understand public art in Colorado, how it's funded and the impact it has. If you spot public art that strikes you, take a photo and email it to arts@cpr.org.