Put in a historical context, 2015's bump is also small compared to the crime waves of decades ago. 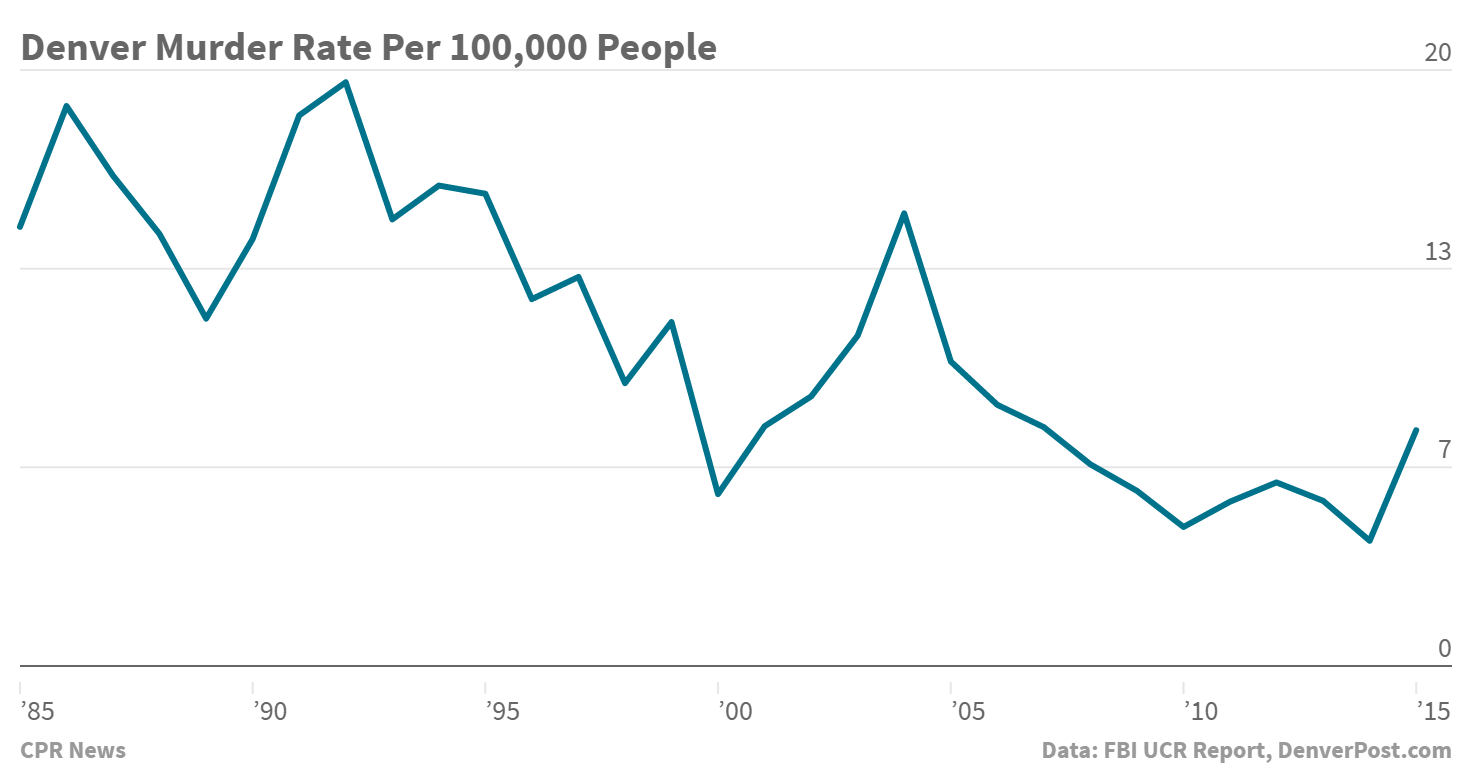 Murders are still exceedingly rare, Phillips said. He advises taking any seemingly big gains with a grain of salt.

"It doesn't take much of an increase to seem like a big increase," he said.

The new FBI report also covers other violent crimes; rape, robbery, and aggravated assault rates all ticked up slightly in Colorado in 2015. Nationwide, those rates also rose last year over 2014.