President Trump's budget blueprint calls for big cuts to several agencies — the Environmental Protection Agency, State and Agriculture most notably — and substantial increases to others, including Veterans Affairs and Defense.

While it's too early to know whether the Republican-controlled Congress will follow through with Trump's wishes (the failed vote on an Obamacare repeal shows predictions are risky), it's worth noting that many of those federal agencies have a large presence in Colorado. Here are the specific numbers:

This set of numbers from the U.S. Office of Personnel Management excludes some notable agencies like the CIA, the NSA and the U.S. Postal Service. The USPS employs about 10,500 workers in the state, according to the Bureau of Labor Statistics.

Unsurprisingly, the Denver metro area has the most federal employees. That includes the Denver Federal Center campus, which houses 28 different agencies, like the National Ice Core Lab.

In addition to the military's civilian employees, there are about 47,000 active duty and reserve service members in Colorado.

Colorado Compared To Nearby States

Federal employees make up about 2 percent of Colorado's total workforce. That's pretty average for the region. The figure is higher in New Mexico, Oklahoma, Utah and Wyoming, and lower in Kansas, Nebraska and Arizona.

How Employment Has Changed 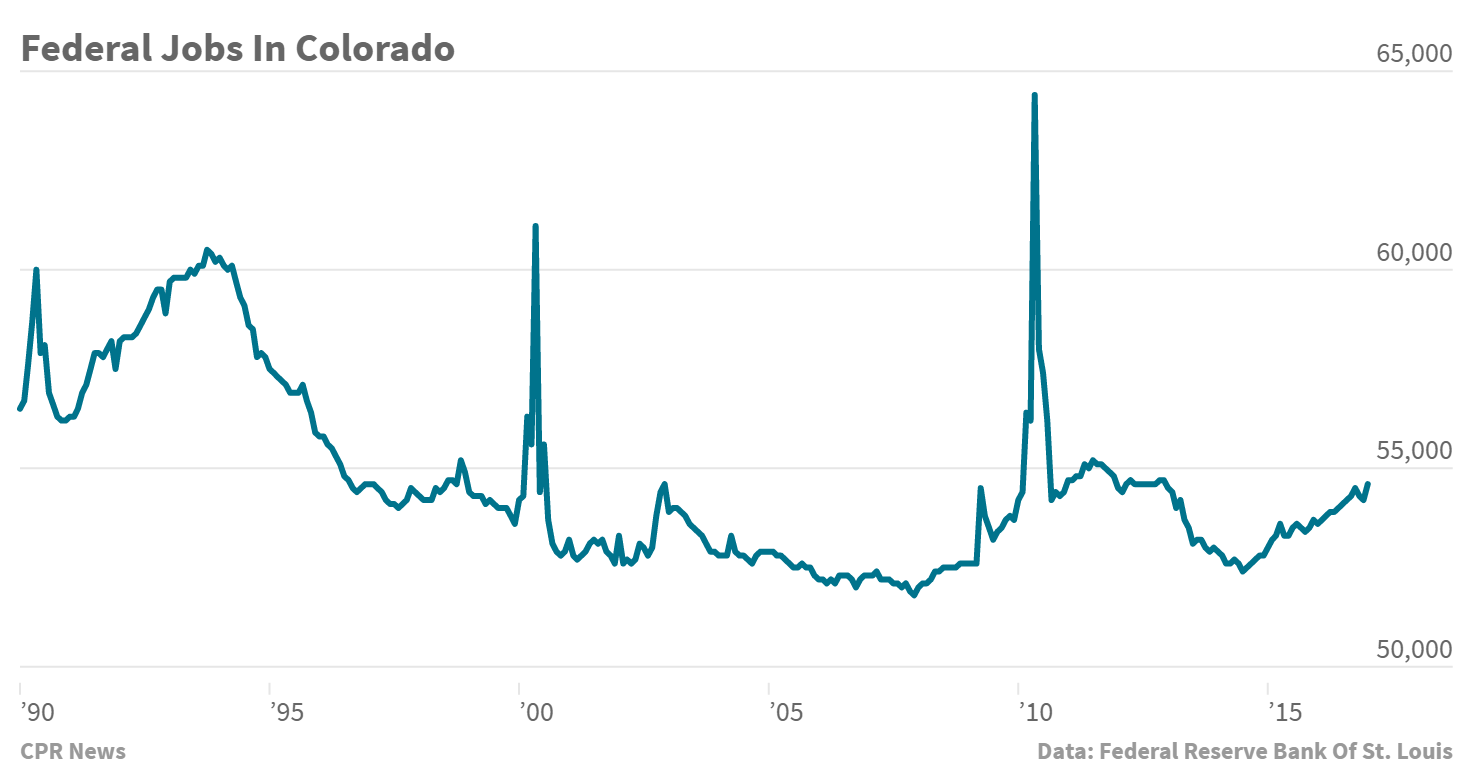 The dramatic peaks in 1990, 2000, and 2010 are due to temporary hires for the Census, which takes place every 10 years. The decline in the early 1990s was due to the closure of the Lowry Air Force Base in east Denver.