Rape, murder, and aggravated assaults were all slightly up last year. But car thefts spiked 20 percent. 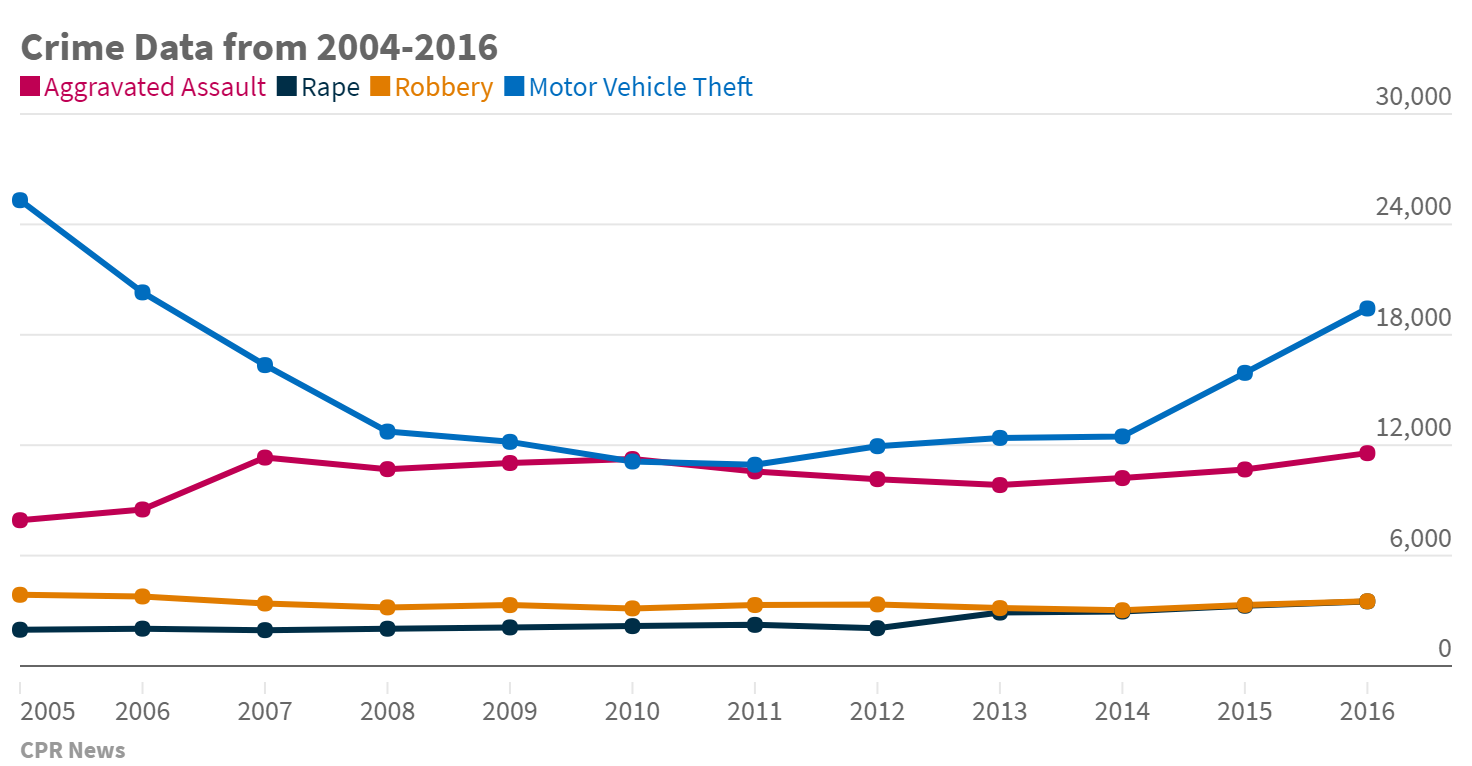 The overall number of reported crimes has risen 8 percent over its modern low in 2014.

Still, the crime rate in Colorado is much lower than in the past. Just before the Great Recession reported crimes dropped dramatically here, and remained at low levels for seven years. Despite the recent increases, today's crime rate is still 20 percent lower than it was in 2004.

CBI does not offer any analysis for why crime is on the rise.