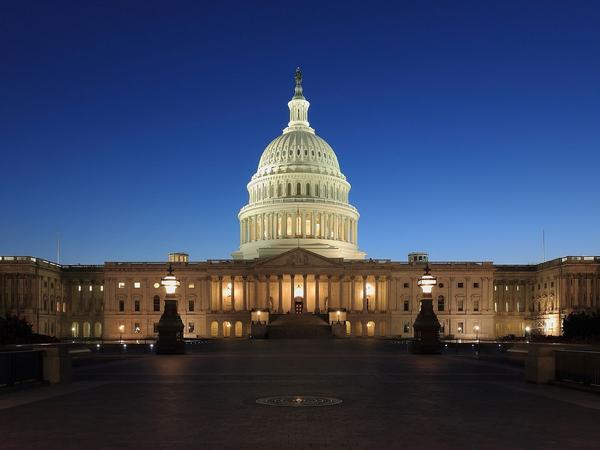 While Colorado’s congressional delegation had mixed reactions to President Donald Trump’s decision to end the Deferred Action for Childhood Arrivals (DACA) program, many continue to show bipartisan support for the policy. The executive order, signed by President Obama, gave children brought into the United States illegally a chance to stay in the country legally.

Republican Rep. Mike Coffman is gathering signatures in Congress to bring legislation to the floor, a mechanism designed to circumvent House leaders. In the Senate, Colorado’s Cory Gardner and Michael Bennet are  the latest cosponsors of the Dream Act, which would give immigrants who were brought here as children a path to citizenship. The person must have arrived as a minor, received a high school degree or GED, be proficient in English and have knowledge of U.S. history, been lawfully employed for three years, or served in the military, or gone onto higher education.

Here’s a roundup of where all of Colorado’s D.C. delegation stands on DACA.

Gardner: Children who came to this country without documentation, through no fault of their own, must have the opportunity to remain here lawfully. I'm proud to join with Sen. Bennet and cosponsor the Dream Act to provide certainty to the thousands of law-abiding Coloradan Dreamers and demonstrate bipartisan leadership on this important issue.

I have long called for an overhaul of our country's immigration system and believe this is an important step. I will continue to work with Sen. Bennet and our colleagues in the Senate to move this bill forward into law.

Bennet: The Dream Act offers a promising solution amid a time of uncertainty for hundreds of thousands of young immigrants around the country-especially in light of the President's decision today to rescind DACA.

While comprehensive immigration reform should remain a long-term solution, we also need a more immediate fix to protect Dreamers. I have long supported legislation that makes clear what we already know: supporting Dreamers boosts our economy, strengthens our national security, and aligns with our values. Congress must move quickly to pass this legislation.

DeGette: The announcement that President Trump is ending DACA is a crushing blow to the 800,000 DREAMers (sic) nationwide, including more than 17,000 in Colorado. When President Obama established the program in 2012, he made a promise to DREAMers that America would help provide a pathway to citizenship that allows them to remain vital members of our communities. Although DACA may not be the means used to achieve this objective, its spirit remains stronger than ever.

I am urging House Speaker Paul Ryan to put legislation on the House floor that gives these young men and women the chance to achieve their American dream, such as the bipartisan Dream Act. Let’s work together to do the right thing and keep our promise. DACA is far from done.

Johana is one step closer to becoming a doctor. I called for a vote on the #DreamAct to help her reach her goal.— Rep. Jared Polis (@RepJaredPolis) September 6, 2017

Polis: Today I am outraged that more than 17,000 Coloradans, who I consider my fellow Americans, got the news that their lives have dramatically altered by a callous and short-sighted decision of our president. By ending the Deferred Action for Childhood Arrivals (DACA) program, President Trump has cast nearly one million aspiring Americans back into the shadows.

The situation is dire. These aspiring Americans belong here, and they should have the ability to use their talents and pursue their dreams. I have had the honor of meeting and getting to know inspiring dreamers like Oscar, a dreamer who attended President Trump’s first State of the Union with me and wants to serve his country in our military if only we will let him; and Brithany, a CSU student who is active in her community by working as a nurse assistant in a dementia ward; as well as many many other dreamers who I will advocate for in Congress.

It is past time for Congress to rise to the occasion, and do its job by creating a permanent solution to help this population, and that is why I will continue to advocate for the American Hope Act or other legislation to create a permanent way out of the shadows for Brithany, Oscar, and so many others whose stories are just as inspiring.”

Tipton: President Obama circumvented the Constitution when he unilaterally created the DACA program without going through the legislative process. Today’s announcement by Attorney General Sessions shows this administration’s commitment to the rule of law.

While I do not support the unilateral DACA program, I believe Congress must develop a compassionate solution for DREAMers. My full stmt: pic.twitter.com/qvxT6qgVpD— Rep. Scott Tipton (@RepTipton) September 5, 2017

While I do not support the unilateral DACA program, I believe Congress must act to develop a compassionate and commonsense solution for the children who were brought to the United States illegally by their parents. These individuals have grown up in the United States and are now upstanding, valued members of our communities. They should not be punished for a decision that was made by their parents years ago.

Buck: We’re a nation of laws, and our immigration system must reflect that principle. I opposed President Obama’s DACA action because I believed it was wrong and unconstitutional, that ultimately Congress has the responsibility to craft our nation’s immigration laws. President Trump made the right choice by giving Congress time to pass legislation that secures our border from future illegal immigration while also addressing issues like DACA.

Lamborn: After eight years of the Obama administration dismantling our immigration laws, I’m encouraged by the President’s commitment to cracking down on illegal immigration, securing our borders, and reversing the unconstitutional DACA program. I have always opposed any type of amnesty and will continue to do so. But I also want to find meaningful solutions to this difficult problem, solutions that uphold the rule of law, protect our country, and ensure fairness in our immigration processes.

I look forward to working with my colleagues in the House and Senate over the next six months to achieve these objectives and fix our broken immigration system.

Coffman: I've met many of these young people in Colorado who were brought to the United States as children and who grew up here, who went to school here and who often know of no other country. The DACA program that has given them an opportunity to come out of the shadows, legally work, and pursue higher education. I see the discharge petition as a way to bring legislation to the floor should Republican leadership fail to allow a floor vote on a bill to protect these young people.

This is an opportunity for Congress to address the Constitutional problem associated with DACA and to protect these young people until a more permanent solution can be found.

Perlmutter: The Trump Administration’s decision to end DACA is disgraceful. We are a nation of immigrants and a nation of opportunity but the administration has pulled the rug out from under these folks leaving them with the fear of being separated from their family and the only life they’ve ever known.

Terminating this program goes against our values as a country and only panders to a narrow group of the President’s base supporters. It will also have a disastrous impact on our economy. Nearly 800,000 DREAMers, including 17,000 in Colorado, have benefitted from this program and are employed or getting an education. The loss of this program equates to a loss of roughly 700,000 jobs and billions in economic output. These individuals are our friends, neighbors, classmates and colleagues, and they contribute to and enrich our society every day.

President Obama signed the Executive Order authorizing the DACA program largely because Congress wasn’t acting on comprehensive immigration reform. I strongly disagree with President Trump’s decision to end this program but it is now more important than ever that Congress acts quickly to protect these individuals.