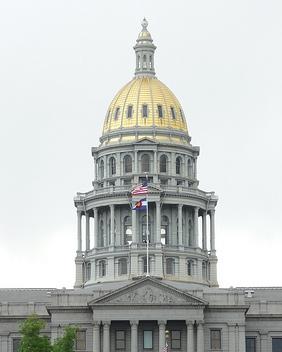 Many rural parts of Colorado don’t have access to high speed internet. Governor John Hickenlooper says correcting that must be a priority for lawmakers, if the state wants to recruit and grow economies outside of the Denver metro area. A bipartisan group of lawmakers is hoping to take up that challenge with Senate Bill 2.

Statehouse reporter Bente Birkeland spoke with Ed Sealover at the Denver Business Journal and Marianne Goodland with Colorado Politics about the broadband debate.

On what Senate Bill 2 would do.

Goodland: The bill that is coming is going to take something known as the high cost support mechanism, which is this dreadfully titled fund that’s a surcharge that everyone pays on your phone bills and on your cellphone bills as well. It’s known as the universal service charge. It’s 2.6 percent of your bill. The fund has been around since 1998. It has been used to subsidize the high cost of phone service in underserved areas. Since 2014 lawmakers have tried to redirect a portion of that to the broadband deployment fund. This bill will take 20 percent of the fund and direct it to the broadband fund – and all that money will go to subsidizing the cost of providing high speed internet to rural communities.

On why the broadband bill is critical to getting people and companies to relocate to rural areas.

Sealover: Having broadband is key to this otherwise you’re out on an island on your own. You’re not able to work as quickly. You’re not able to connect to the rest of the world. Pushing a company to go to an area like this already means convincing them you don’t need to be within an hour of DIA, the sixth largest airport in America, you can do this from a remote location.

On why there’s still strong opposition.

Sealover: The biggest hang up is probably CenturyLink whose ox is getting gored in this. They’re the one that gets the most funds right now from the high cost support mechanism. They say that has been a promise that has been made to them that they are still trying to get good phone service out to these areas and that there are a lot of especially elderly people that want phone service. They’re not going to be connect to the world by broadband.