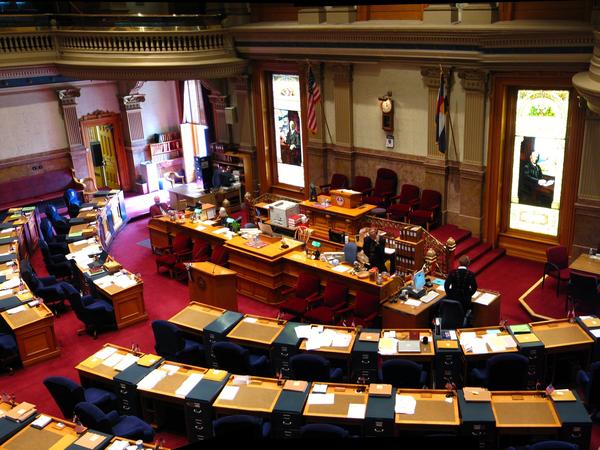 A complaint alleging that Sen. Jack Tate harassed a woman at the state Capitol has been found credible. The woman, a former intern, alleged that Tate flirted with her and touched her in an elevator in an unwelcome manner during the 2017 legislative session. The former intern was 18 years old at the time, and has asked to remain anonymous for fear of retribution.

In an independent investigation, the Employers Council sided with the accuser.

The report is dated Jan. 31, 2018, but the woman didn't receive it until more than two weeks later, after requesting it.

Tate declined to comment for the moment. He added that he would make a comment when he feels it is appropriate to do so. The woman said she wants leaders in the state Senate to hold Tate accountable.

“I want him to answer for his actions," she said. "The onus has to be put on the people in power to make that decision. It’s one small voice who is deemed credible. All I can hope for is the men in power who I looked up to do the right thing.”

She added that her intention is not to harm Tate's career: “My point was this behavior needs correction. As an intern or aide you don’t have the power to say that. Anyone who says that you do is lying. As an intern you’re not paid, you’re just there for experiences.”

Tate, a Republican from Centennial, is the third state legislator to face a complaint of sexual harassment that investigators deemed credible. Sens. Randy Baumgardner and Larry Crowder, also Republicans, are the other two. Rep. Steve Lebsock, a Democrat, is the subject of an ongoing sexual harassment investigation.

In Tate’s case the investigator said the accuser was generally more credible and gave specific details increasing plausibility and “did not appear to have a motive to make up the allegations.”

After we first reported the woman's allegations against Tate, several women who work at the Capitol rallied to his defense. Six women, mostly lobbyists, and a Democratic lawmaker, told  Colorado Politics, a statewide political website and magazine that is affiliated with the Gazette that they had not observed any inappropriate behavior while working with Tate.

That effort led our source to file a formal complaint against him. The comments of Tate's defenders, she said, seemed to downplay her experiences and an official complaint would force a response. Yet Tate's defenders led her at times to doubt her own story.

“I thought, what if everybody was right?" the woman said. "What if he was just being Southern-ly polite?”

Tate submitted the news article of women defending him to the investigator, but the investigation frowned on that saying it was clear those women had not been a witness to any allegations.