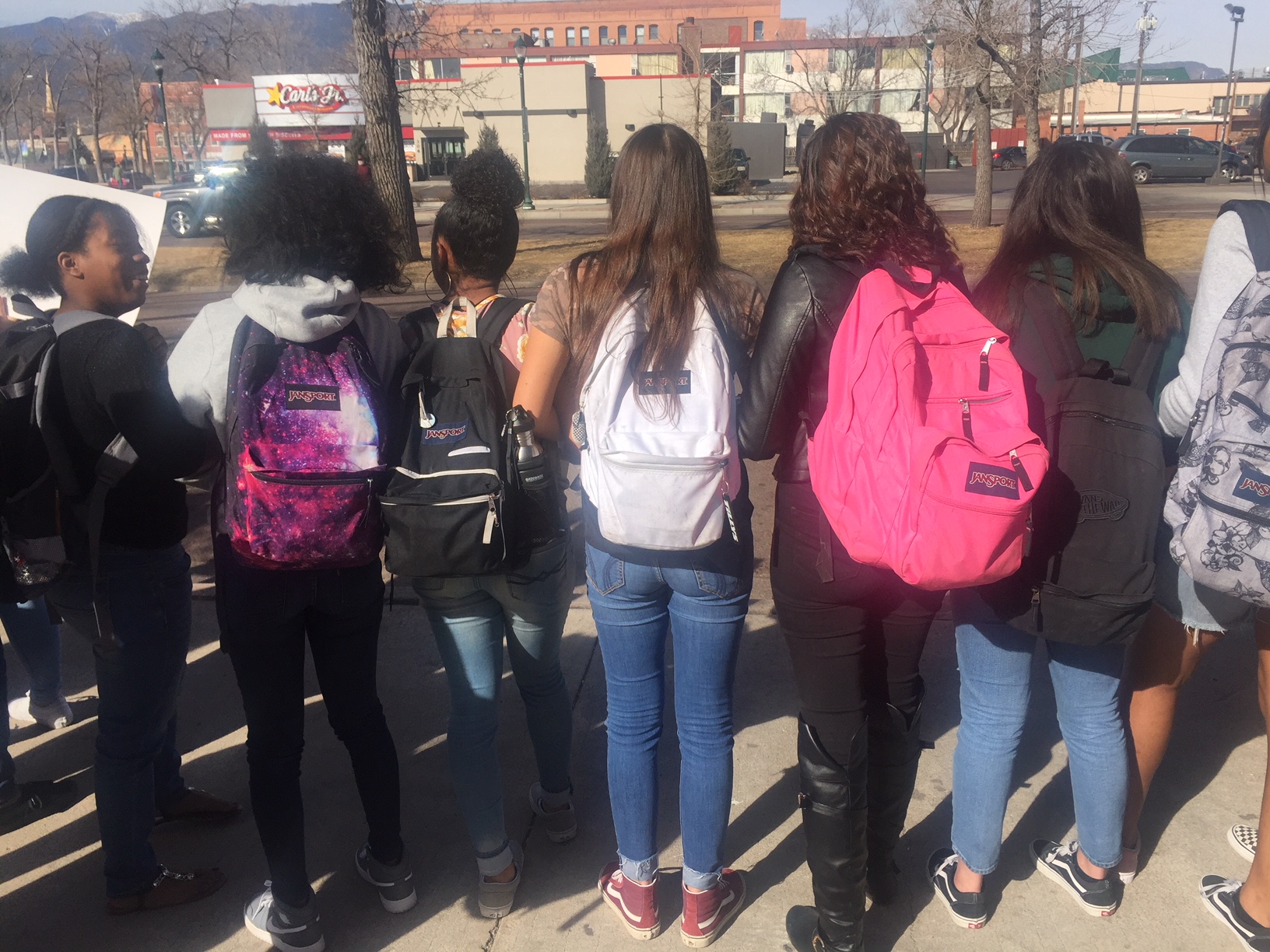 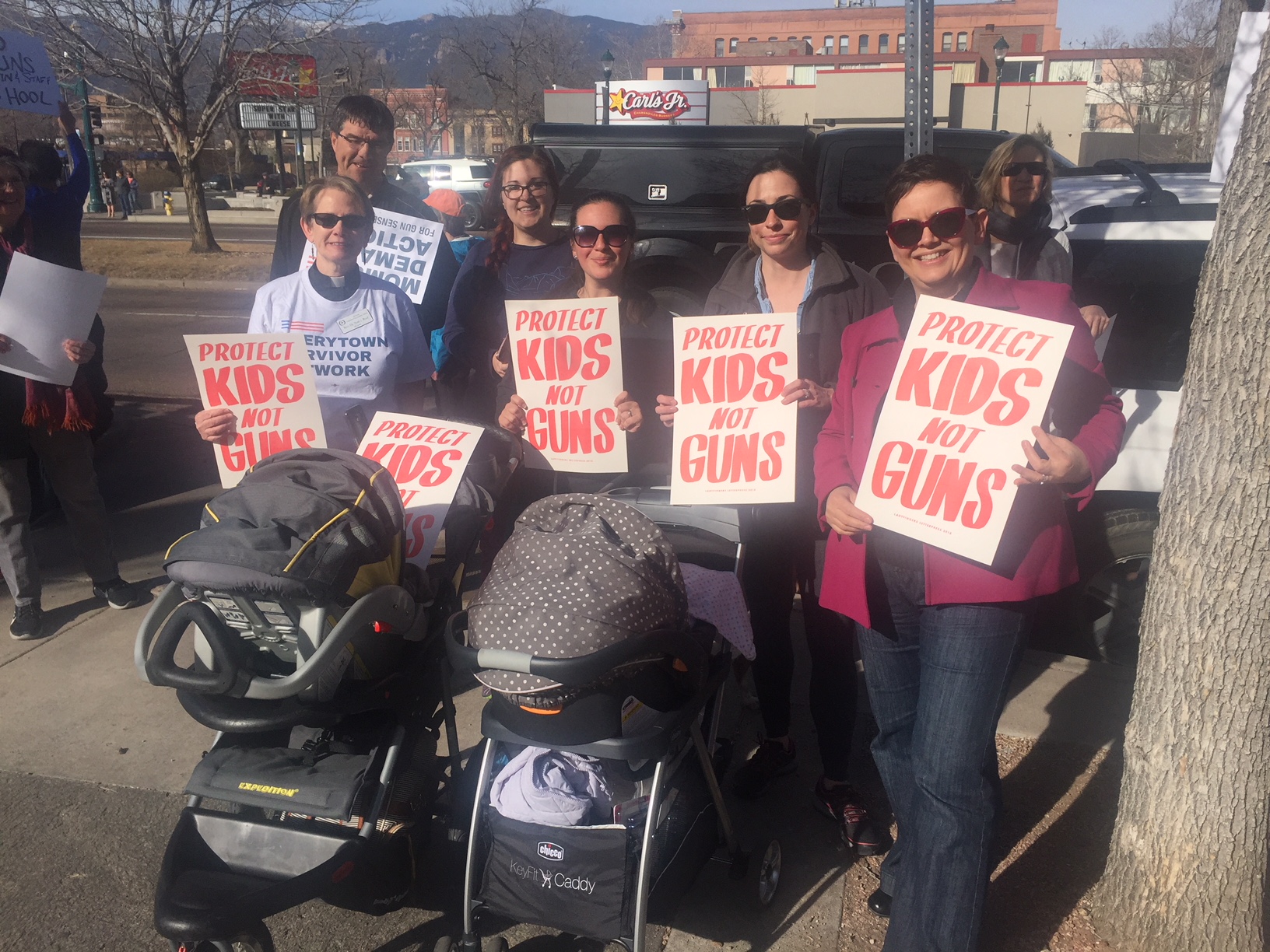 Across the country students walked out of school Wednesday morning, including in Montana, Idaho, Wyoming, and Utah. In Colorado Springs, several hundred people surrounded Palmer High School for 17 minutes to honor the victims of the Parkland, Florida shooting.

Community members holding signs cheered and clapped as teachers and students streamed out the doors and locked arms to circle the school building. Among them was junior Thea Roland.

"I had no idea it was going to be this big, but holy cow,” said Roland.  She held up a sign that said “Protect Kids, Not Guns.”

Roland believes the walkouts will encourage lawmakers to do something about gun control. "And if it’s still not the people who should be doing something, it’s us," she says. "People have to listen because we mean it.”

Some students at the school questioned gun control as the answer. Todd Nelson, who teaches social studies at Palmer, said some students stayed inside. "And their right to not walk out should be honored too,” says Nelson.

On March 24th, hundreds of thousands of students are expected to rally in Washington for gun control. Sister marches are planned around the country, including the Mountain West.