GOP insiders say U.S. Rep. Doug Lamborn, a Republican, has largely voted the way his constituents wanted since he was first elected to Congress to represent Colorado’s uber-conservative Fifth District in 2006.

So why, then, is he facing a primary challenge this cycle?

In the words of Lamborn’s opponents, it’s because he doesn’t have much to show for the decade-plus he has spent in Washington. His competitors include El Paso County Commissioner Darryl Glenn, state Sen. Owen Hill, former Green Mountain Falls Mayor Tyler Stevens and Bill Rhea, a former judge from Texas.

All of those candidates gathered for a debate earlier this month at Woodland Park High School. Lamborn was nowhere to be seen. Hill seized on the incumbent’s absence, blasting him for being “unwilling to show up, and answer to the voters.”

“We need to do a better job of throwing the bums out of Congress,” Hill said.

After the debate, Glenn said whoever represents the Fifth District should not just vote conservatively — they should be a leading voice for Republicans nationwide.

"I think he has operated at his skill level,” Glenn said of Lamborn. “But when I think about the fact that we need to have the Fifth Congressional District on the map, as far as leading the nation on a lot of these issues, when it comes to freedom and liberty, we are not going to do that if we continue going down the same path.”

Pete LaBarre, a former Teller County Republican Party chair and current vice-chair of the Fifth Congressional District’s executive committee, said he’s familiar with the criticism that Lamborn is not a strong leader. He disagrees with it.

“He's a leader in a different fashion,” LaBarre said, adding that he’s remaining neutral on the race for now. “I think he's led by doing what we sent him there to do. And that's to support the conservative agenda. Now, that being said, I think these other candidates would do that as well."

The Power Of The Incumbency

Lamborn has faced primary challengers in nearly every election cycle since 2006, and he’s vanquished them all.

"You would think they would learn a lesson from that. But apparently not,” Lamborn said in a brief interview before a town hall with former Kansas Gov. Sam Brownback last week where the two addressed religious liberties with local faith leaders.

Lamborn said his leadership — the very thing his challengers criticize him for — is what sets him apart. 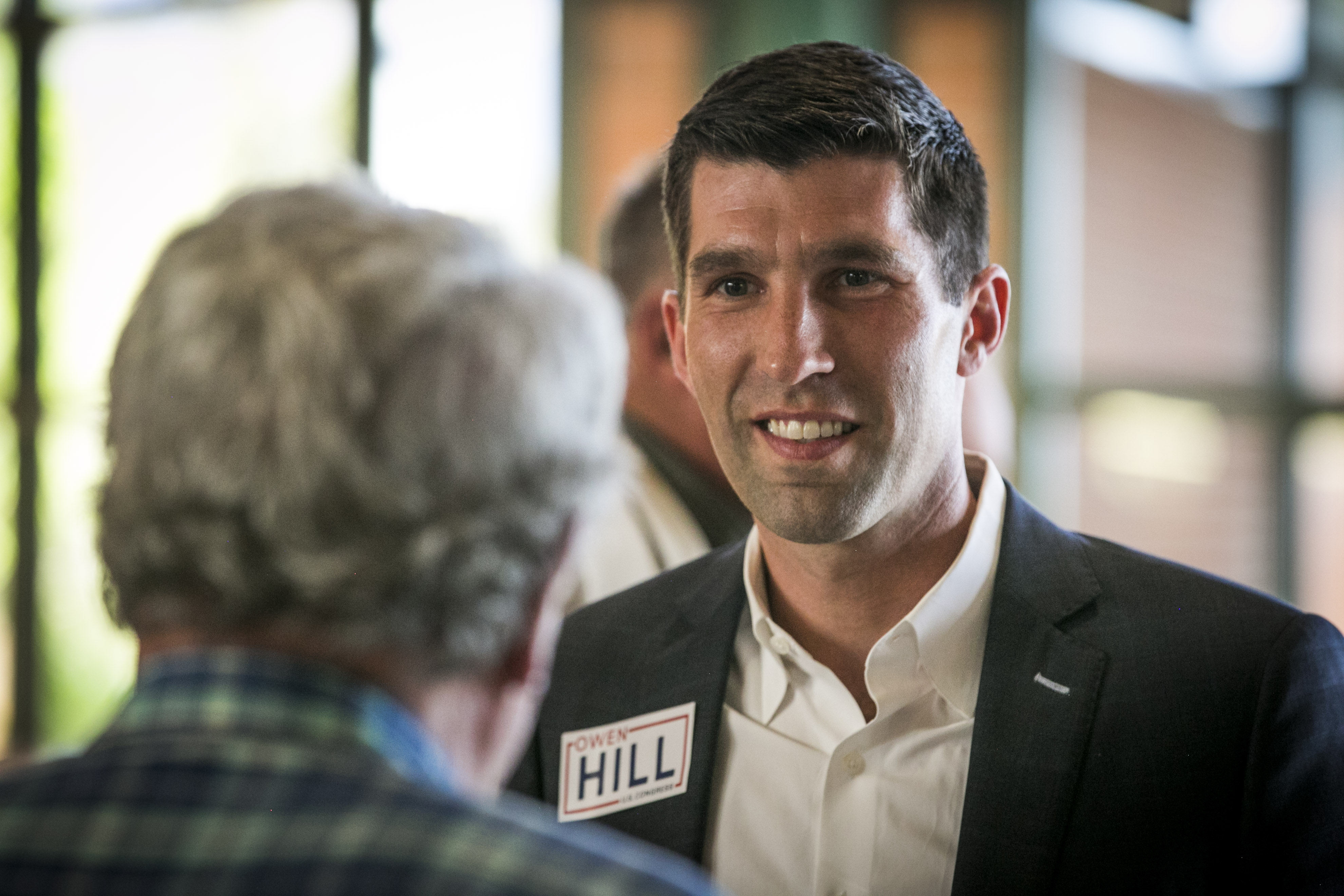 "I haven't changed one iota since the day I went to Congress,” he said. “I'm still the same person I always have been, and just as conservative. I'm now learning how to get some great victories to go along with it."

Those victories, in Lamborns eyes, include his support for an Air Force colonel who was punished for his views on same-sex marriage, and his senior position on the House Armed Services Committee, which he said helps him bring military resources to Colorado Springs.

“I feel like I've got some great things going for me,” Lamborn said.

But political observers are unsure if such wins will be enough for the six-term incumbent.

Joshua Dunn, a political science professor at the University of Colorado-Colorado Springs, said there are likely many voters in the district who believe Lamborn should have more accomplishments under his belt.

However, the sheer number of challengers could play in the incumbent’s favor, Dunn added. Glenn’s entry into the race last summer, after Hill had already announced, was a “huge gift” for Lamborn, Dunn said, because it could split the anti-Lamborn vote.

Despite All The Competition, A Mostly Identical Field

Voters will have to decide on record and style, Dunn said, because the three highest-profile candidates largely agree with each other on the issues.

One area where the candidates diverge, though, is in who’s funded their campaigns. The most recent reports filed June 15 with the Federal Election Commission show some notable differences. Glenn has raised nearly $350,000 this cycle, but $232,000 of that was left over from his failed 2016 U.S. Senate bid. Hill has taken in more than $520,000, $460,000 of which came via individual contributions. Lamborn has pulled in more than $515,000, about $350,000 of which has come from political action committees.

If Lamborn can pull out a victory at the June 26 primary, Lamborn’s biggest electoral test of the year will be over, Dunn said. The November general election is a nothing but a formality in the Fifth District.

“There has to be some extraordinary scandal for a Democrat to have a chance of winning in this district,” Dunn said. “It would be like a Republican winning in Boulder."