The ACA cut the state's uninsured rate by half overall. The research—titled "Increasing Coverage, Lingering Barriers— from the Colroado Health Institute shows uninsured figures for black and African-Americans mirror that, dropping from just over 16 percent before the ACA, to 6.5 percent after.

Measuring the ACA's impact on specific communities is new ground for researchers. The new focus on diverse groups is a welcome change for some health advocates.

“You measure what’s important.  And this is a wonderful way of saying, ‘You know what, this community is as important as the other slices of our community,’ and this is kind of a great baseline," said Deidre Johnson, CEO and executive director of the Center for African American Health.

Why did it take so long to measure uninsured rates for black and African-American Coloradans? It's partially a numbers game. Black and African-American Coloradans make up just 4.5 percent of the state’s population. That small number prevented detailed analysis before now. But the Colorado Health Institute weighted and aggregated data so it could look at changes pre- and post-ACA. 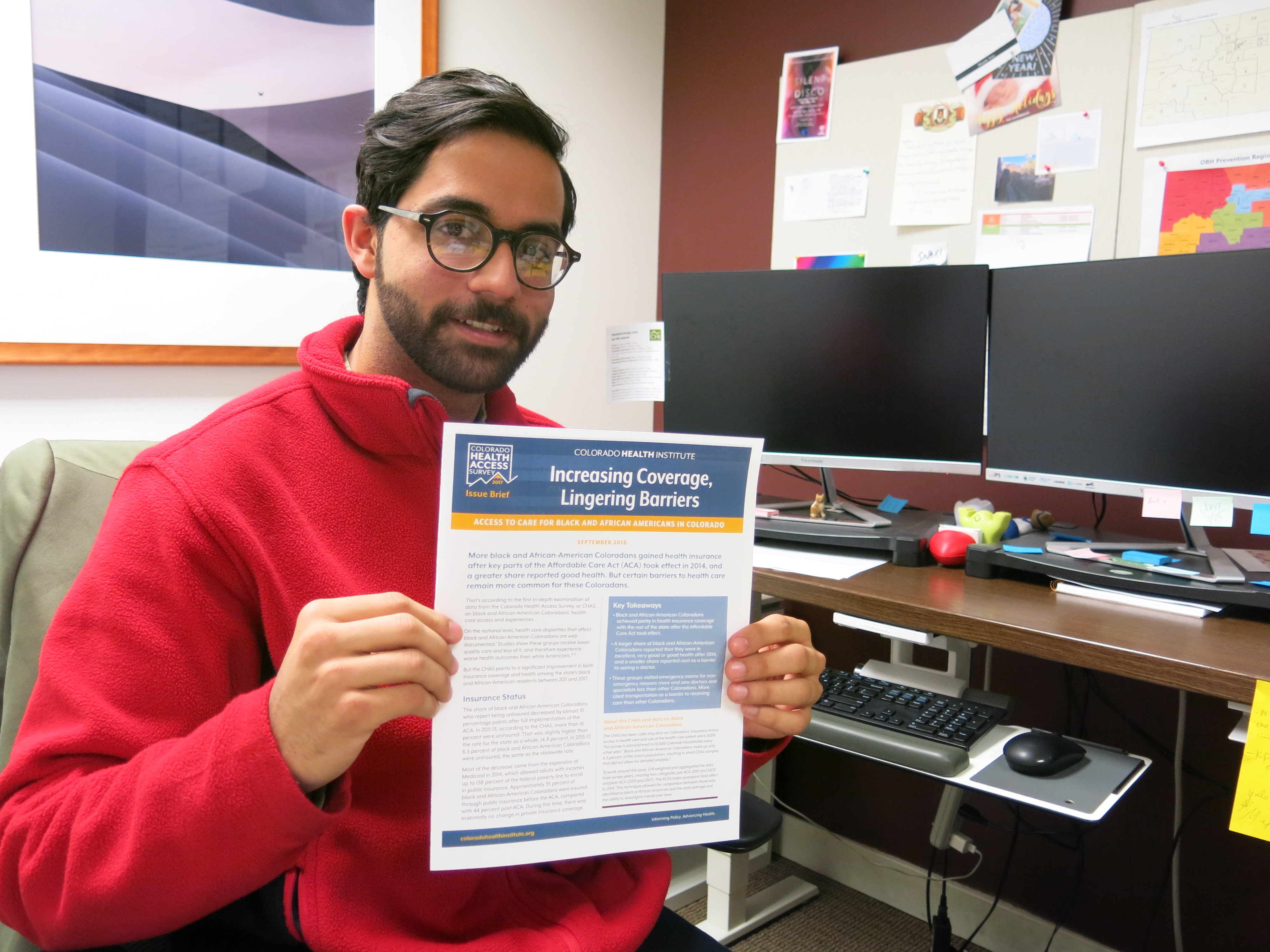 The gains in health insurance for black and African-American Coloradans are largely attributable to Medicaid. About 80 percent of all people statewide who gained coverage because of Obamacare did so through Medicaid expansion. More access to Medicaid allowed more low-income Coloradans to qualify.

“We see that a lot of the gains that were among the black and African-American population in Colorado in health coverage are because of public health insurance, as a direct result, mostly because of Medicaid expansion," CHI policy analyst Karam Ahmad said.

Republican leaders in Congress have talked about Medicaid cuts, which could undermine Colorado’s health insurance gains.  But so far that hasn’t happened.

The report also found that black and African-American Coloradans are less likely to see doctors and specialists while being much more likely to visit an emergency room for a non-emergency. Fifty-four percent of ER visits for blacks and African-Americans were non-emergencies, a bit higher than Hispanics and 20 percent higher than visits for whites.

Johnson of the Center for African American Health said one key factor is transportation: blacks in Colorado are about half as likely to own a car as whites. And 10 percent of black Coloradans say transportation is a reason they can’t get care, triple the number for whites.

"So if you’re working and your relying on public transportation and you may be working at a job where you can’t take off," Johnson said.  "Then suddenly, 'Yes I have coverage, but I can’t get to my primary care, but I can make it to the emergency room after hours.'"

The report also found cost is still a barrier for seeing a doctor and getting a prescription for blacks and African-Americans in Colorado. But the situation has improved since the Affordable Care Act went into effect.

In 2017, the Center for African American Health created a survey called "Be Heard Mile High," which aims to eventually have 3000 participants. Information from the survey will be used to help bridge these persistent health gaps.

"There’s so much good work that can be done to find out what people really need to really remove barriers, and then remove those barriers so we can each really embrace the responsibility of keeping ourselves as healthy as possible," Johnson said.