The Thanksgiving dinner at the old St. Matthew’s Lutheran church in north Aurora this week had mashed potatoes and turkey.

And curry chicken. And injera with lentil stew, along with other delicacies cooked up by a half-dozen faith communities for the 13th-annual Refugee First Thanksgiving.

“An event like this is an opportunity, live and in living color, to say, 'This is what the spirit of thanksgiving is,’ ” said Jennifer Gueddiche, interim director of African Community Center, which organized this event.

Gueddiche said it’s an perennial opportunity to build community around new residents who are mostly from the Middle East, southeast Asia and East Africa. But this year’s event had a different tenor from years prior. President Trump’s ascendency has resulted in big changes to refugee resettlement, both in the number and genesis of people admitted to the U.S.

She added, after a long pause: “That's all I'm going to say."

Colorado had been resettling about 2,000 refugees a year. That’s now down to around 700. The African Community Center, along with Lutheran Family Services and the International Rescue Committee, are the biggest resettlement agencies in the state. The ACC’s share has dropped to fewer than 200, and the nonprofit’s federal funding has plummeted as well. Gueddiche said her staff has shrunk as a result.

"It hurts,” she said. “Because many of these people are refugees themselves. They do this work because it's meaningful to them."

But the refugees at the old church, now a nonprofit-run community center, are the lucky few who’ve made it.

Marie Chantal Buseruka, from the Democratic Republic of Congo, is one of them. She waited in a refugee camp in Uganda for 11 years before arriving in the U.S. two years ago. Her husband, a doctor, was shot and killed while doing field work during the Second Congo War.

She now works as a housekeeper, and said she has much to be thankful for.

"We are not in the hospital,” she said. “We are not injured. I thank God for everything he did in my life."

Others, like Mousa Alkhafaji and his family from Baghdad, Iraq, only waited for a fraction of that. But their move nearly fell through when the United Nations canceled their flight because of President Trump’s first travel ban. 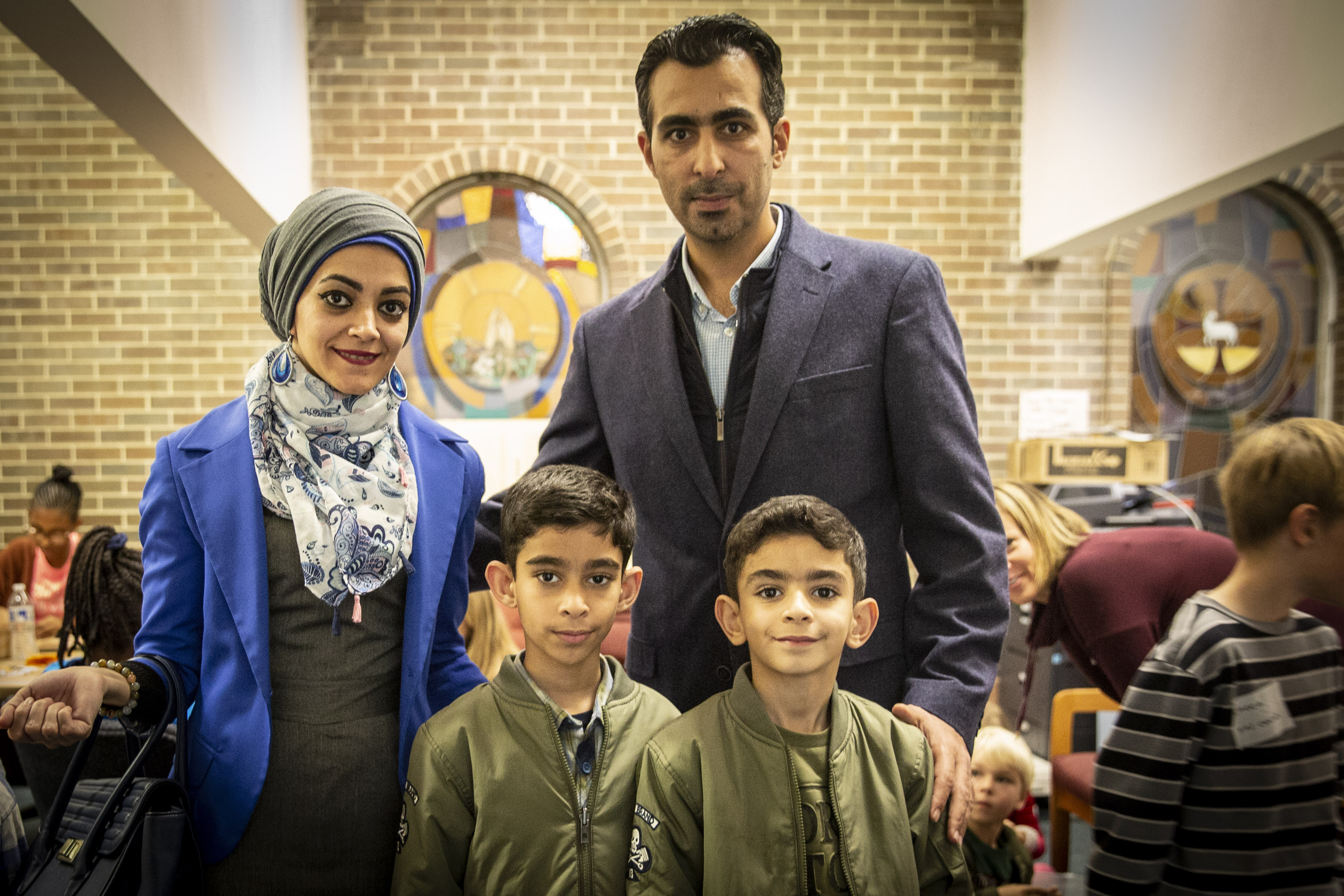 So Alkhafaji decided to take a big risk. He took his savings and bought plane tickets himself when a court put Trump’s travel ban on hold.

"We didn't tell anyone, except our families. So just in case they say, 'You're not allowed,' or they turn us back, we'll go the next day to our work and live our life as normal,” he said.

Baghdad was a dangerous place, and even more so for Alkhafaji. He worked for the U.S. government as a translator between Iraqis and the occupying U.S. forces. Alkhafaji had received threats over the years, but he didn’t take them seriously until he had a family.

"You start having family and kids, and you have to take care of them,” he said.

"We are lucky to come to Colorado, to Denver,” he said. “The people are really welcoming, helpful, supportive, all the time, smiling at your face. So things are good so far."

Now that Alkhafaji and his family have settled in, he’s ready to stop getting help and start giving it. He said he started a new job last week at another refugee agency in town. In a life full of change, he said, this is one he’s thankful for.