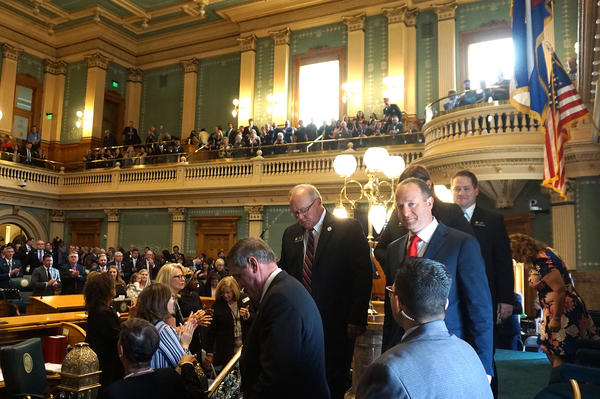 He's asking lawmakers to approve $227 million in the budget for the kindergarten classes.

Currently, the state only pays for a little more than half a day of kindergarten. As a result, some parents at public school districts are paying more than $300 a month for the classes.

"It's about time in Colorado that parents have full day kindergarten," the governor said at a budget briefing on Tuesday. "That has a positive affect on families, saving people money, and on districts freeing up capital."

He added the spending will also free up more preschool spots across the state.

School districts will not be required to offer full-day kindergarten under the governor's proposal. Parents can also still opt out if they want to.

Polis is keeping most of former Gov. John Hickenlooper's budget request intact. It is customary for new governors to make some amendments to their predecessor's budget proposal after taking office.

Polis is making some other notable additions to Hickenlooper's budget. He wants to spend $1.3 million and pass new legislation to allow the state to import prescription drugs from Canada, where the drugs can be less expensive.

He also proposed additional funding to add more inspectors at the Colorado Oil and Gas Conservation Commission, the state agency that regulates oil and gas wells.

Lawmakers will react to Polis' budget requests at a hearing Wednesday afternoon.

Both Republicans and Democrats have predicted there would be legislation passed this session to support the full-day kindergarten funding.

But some lawmakers, including Rep. Bob Rankin and Sen. Chris Holbert, have questioned where the money would come from.