A dense crowd of people stretched out for a quarter mile in front of East High School in Denver Monday morning as they marched to honor Martin Luther King Jr. This year marks the 34th MLK Day Marade (march and parade) in Denver.

“The march is a commitment I make every year,” said Kate Donnelly, who has been attending the Denver march since its inception in 1986. “I love the idea of thousands of people all marching together in a similar direction for progress, love, peace and equality, which have seemed to become more radical notions recently. But it gives me hope.”

“We have come so far since the days of the civil rights movement and the times of Dr. King, and there is progress yet still to be made,” said Neguse, the first black U.S. congressperson from Colorado. “Dr. King’s memory is not simply honored by electing the first black congressman, it is making sure that I am not the last.”

Wilma Webb, who introduced and passed the bill in the Colorado House to establish MLK Day, said gun control and progressive immigration reform are part of continuing King’s work.

The current and past political leaders invoked King's name to discuss issues facing the state and nation today, like the deaths of unarmed black men, the partial government shutdown, and hate crimes against Jewish and Muslim people.

“[The Marade] keeps us aware of the issues that are still important to us,” said Malik Robinson, who brought his two young daughters with him to march. “They understand discrimination and racism even at this early age. We want to raise them up to have a value for fighting for a better life and greater equity.”

The mood, however, was hopeful as marchers wound their way down Colfax from City Park to the State Capitol. 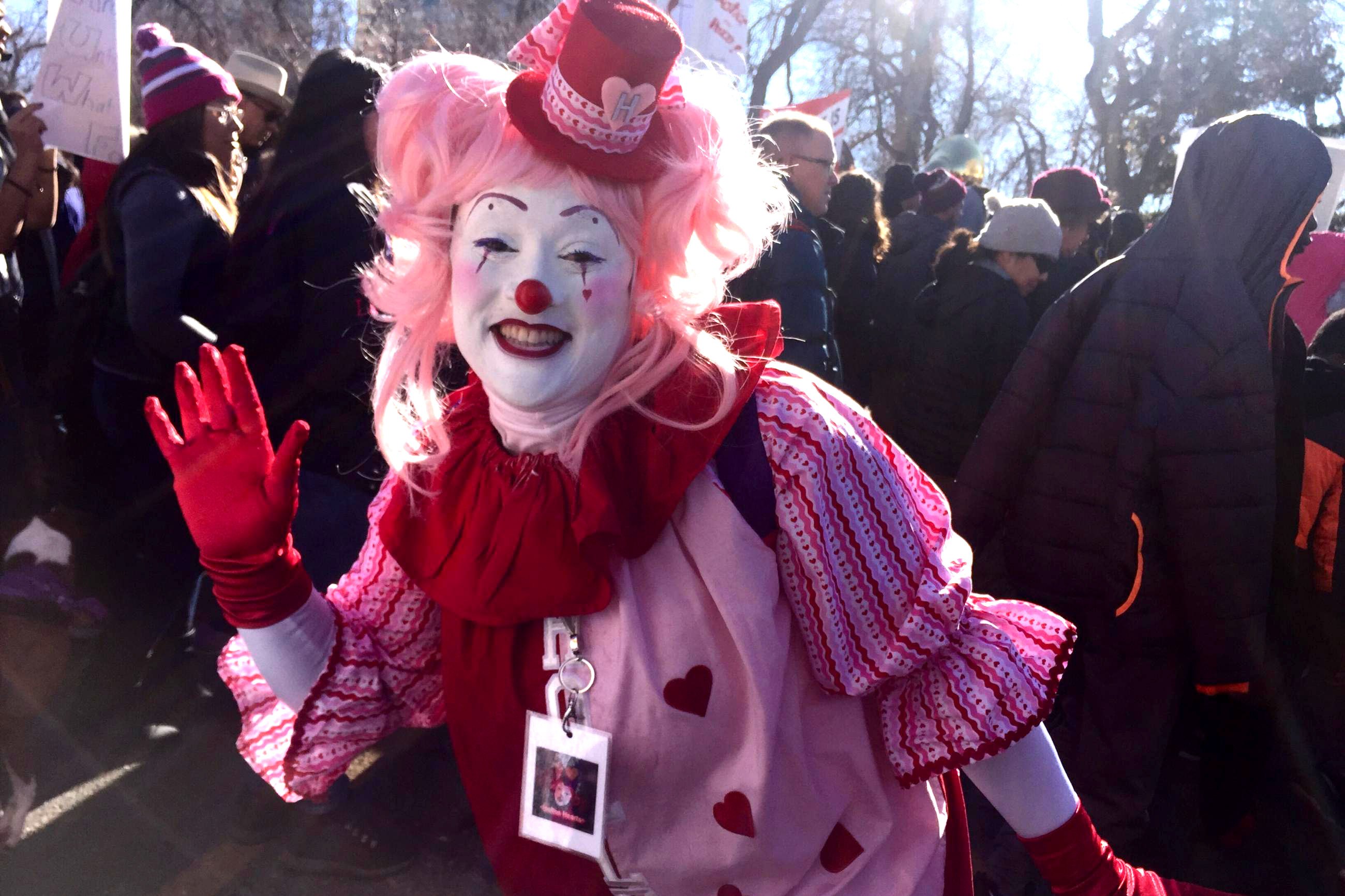 “We dress up to make people happy and to give out love,” Robinson said. She says she came to the march, “to make plenty of smiles. Big smiles.”

King would have been 90 years old this year.

“To sit idly by and while the president attacks our immigrants … while the homeless are without a roof over their head … while a black young man cannot find a job in the greatest economy in the world … while Muslims are being banned from this country for no reason other than their faith, is a threat to justice everywhere,” Hancock said.

Rep. Diana DeGette, Sen. Michael Bennet, Attorney General Phil Weiser, Rep. Jason Crow and much of the Denver City Council also attended, along with a host of other officials.