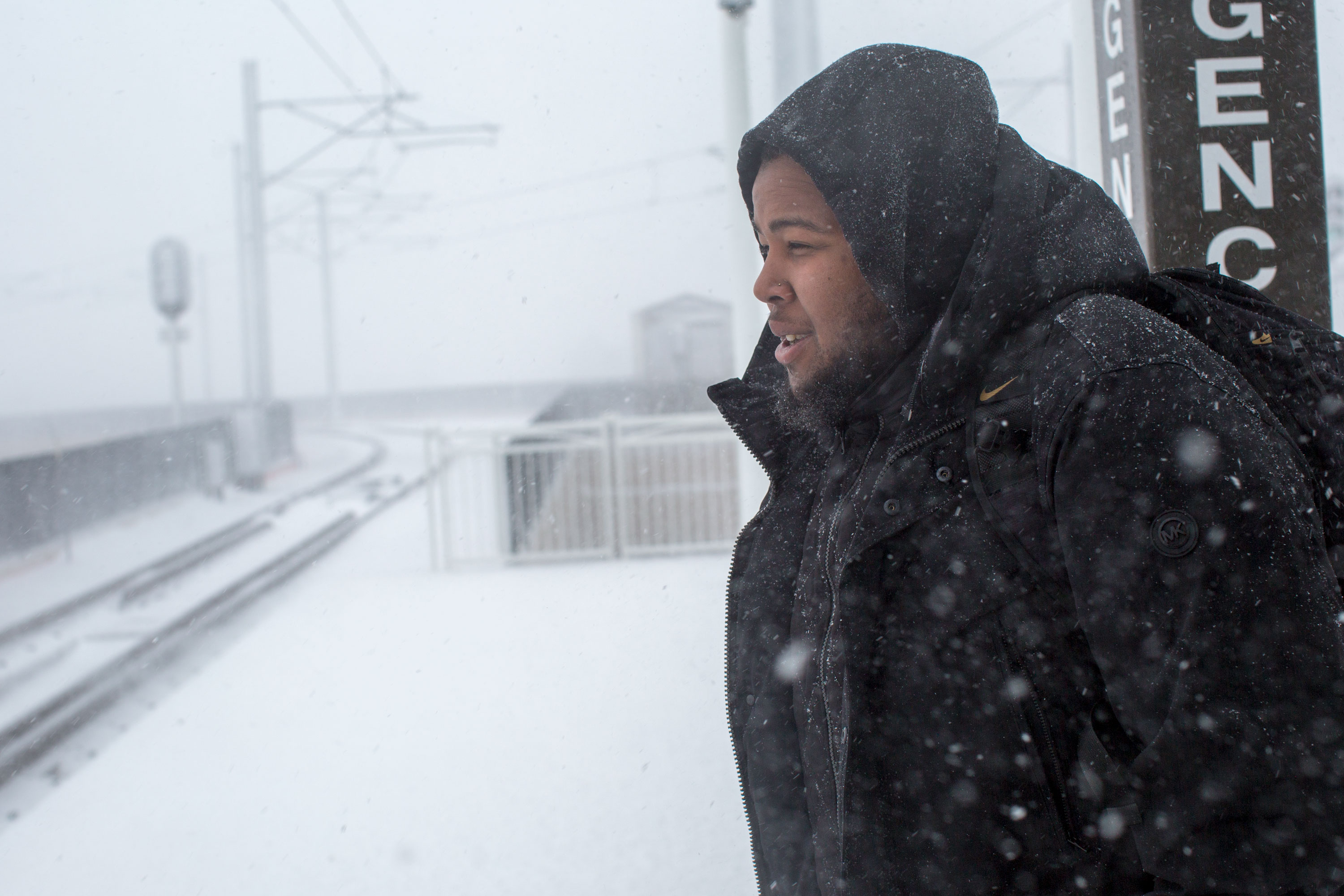 The bomb cyclone lived up to the hype.

About 4-5 inches of snow fell in the metro area, with much higher snowfalls in the foothills, including about a foot and a half of snow in Nederland, according to the National Weather Service. But the wind made for a much nastier day than those numbers might suggest.

NWS meteorologist Kari Bowen's office in Boulder tweeted that the blizzard was the equivalent of a Category 1 hurricane, along with the warning "DO NOT EVEN ATTEMPT TO DRIVE IN THIS STORM!"

A Colorado State Trooper was killed while responding to a vehicle that slid off Interstate 76 in Weld County. Colorado State Patrol said in a press release that Cpl. Daniel Groves, 52, died after being hit by another driver who lost control of his vehicle. That case is under investigation by the state patrol. 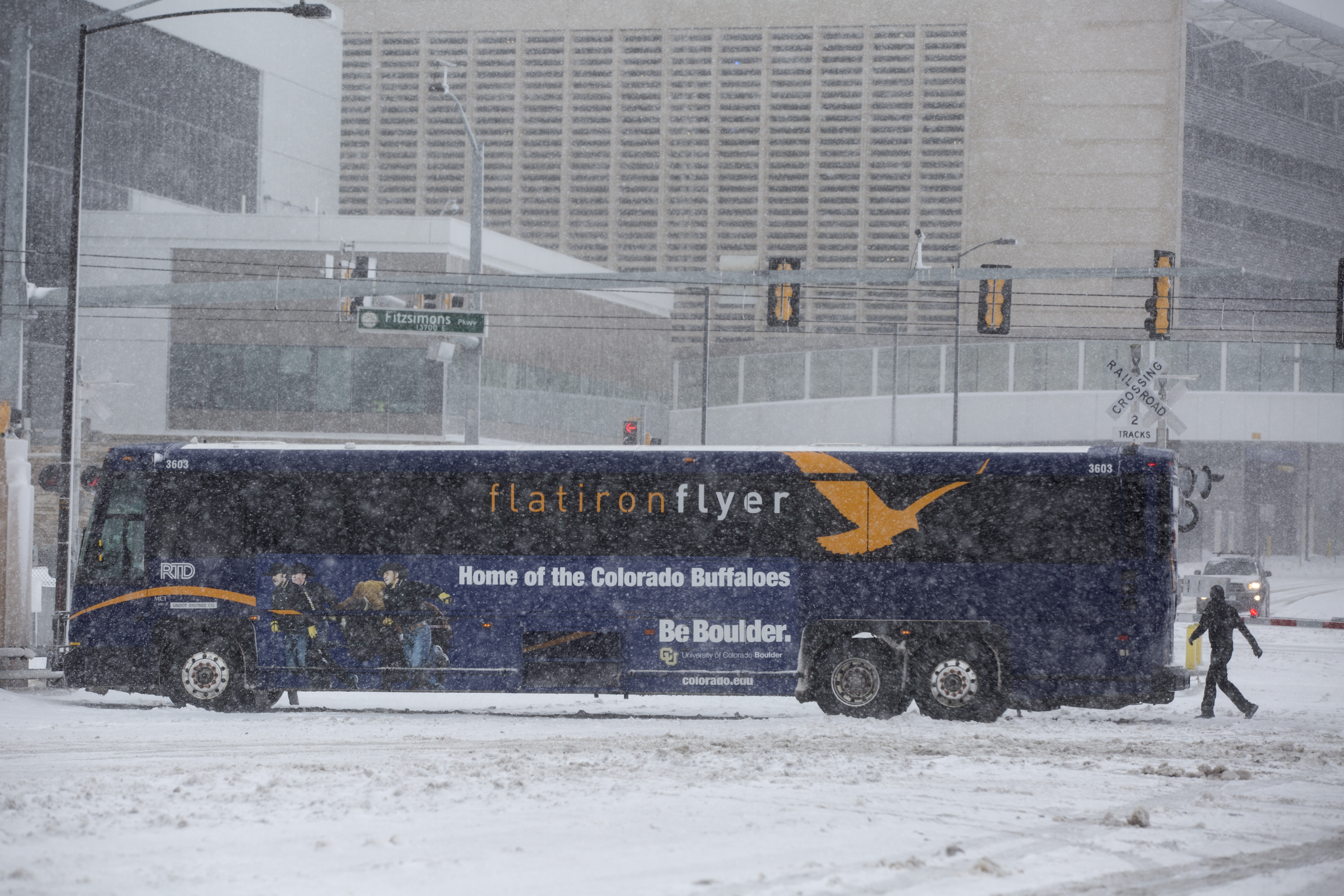 The weather also closed all runways at Denver International Airport and canceled the vast majority of the day's flights. At one point, Xcel reported more than 200,000 customers without power, saying many customers could be without power all night.

Gov. Jared Polis declared an emergency Wednesday afternoon because of the storm's severity and activated the Colorado National Guard to coordinate with other state agencies in rescuing stranded motorists.

“This is truly a statewide event,” said Tamara Rollison, a spokeswoman for the Colorado Department of Transportation in the metro area and central Colorado. “We knew this was going to be a very hard-hitting blizzard and our message from yesterday and this morning on is for people to avoid getting out in this kind of weather.”

CDOT communications manager Amy Ford said plowing in the metro area will last through Thursday and possibly into Friday. 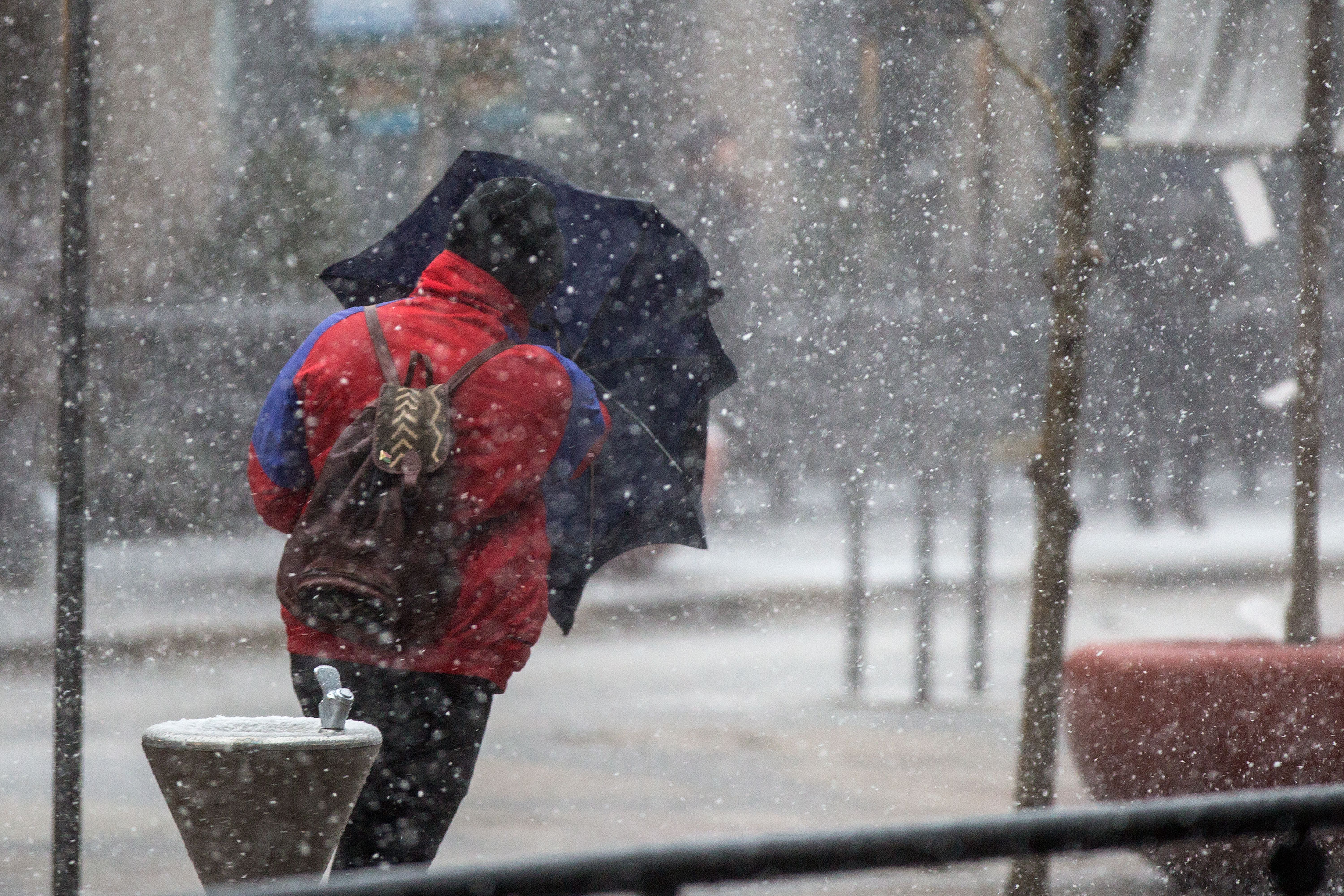 "CDOT crews stay on until the roads are down to pavement," she said. "You can expect that we will continue to be out, not only plowing the roads, but also in our mountain regions continuing to do avalanche reduction if necessary."

From schools to health care services to museums, work and play ground to a halt in the face of thick snow and hurricane-force winds.

One of central Denver’s largest shelters for people experiencing homelessness lost power as it harbored hundreds during Wednesday’s severe storm.

Denver Rescue Mission spokeswoman Nicole Tschetter said the mission’s Lawrence Street shelter was running on generator power by evening after losing power around 1 p.m. About 300 people — around 100 more than on a typical night — were expected to spend the night at Lawrence Street while others would be bused to two other shelters the mission operates in north Denver.

The extreme weather on the plains meant trouble for livestock.

On the Eastern Plains in Morgan County, ranchers have been preparing for the storm for days, according to Marlin Eisenach, a livestock agent for the Colorado State University extension service.

“Ranchers have gathered up cattle that were out further in the pasture and (they’ve been) bringing them closer to the house and the barn,” Eisenach said.

But it’s calving season and high winds are dangerous for livestock, he said. When the wind’s blowing that hard, he said, it’s hard for people to move around to ensure livestock are fed and protected.

There are more than 50,000 cattle on ranchlands and at dairies in the county, and thousands more in feedlots, he said. There are also sheep, horses and other animals.

And, of course, we're not out of the woods yet.

Meteorologists predict people in the Denver area and along the I-25 corridor have seen the worst of the blizzard and conditions should improve gradually Wednesday evening.

Jim Kalina with the National Weather Service said people in north central Colorado will continue to see wind and snow but not quite as intense as earlier on Wednesday.

Conditions on the Plains won't improve until after midnight, he said. 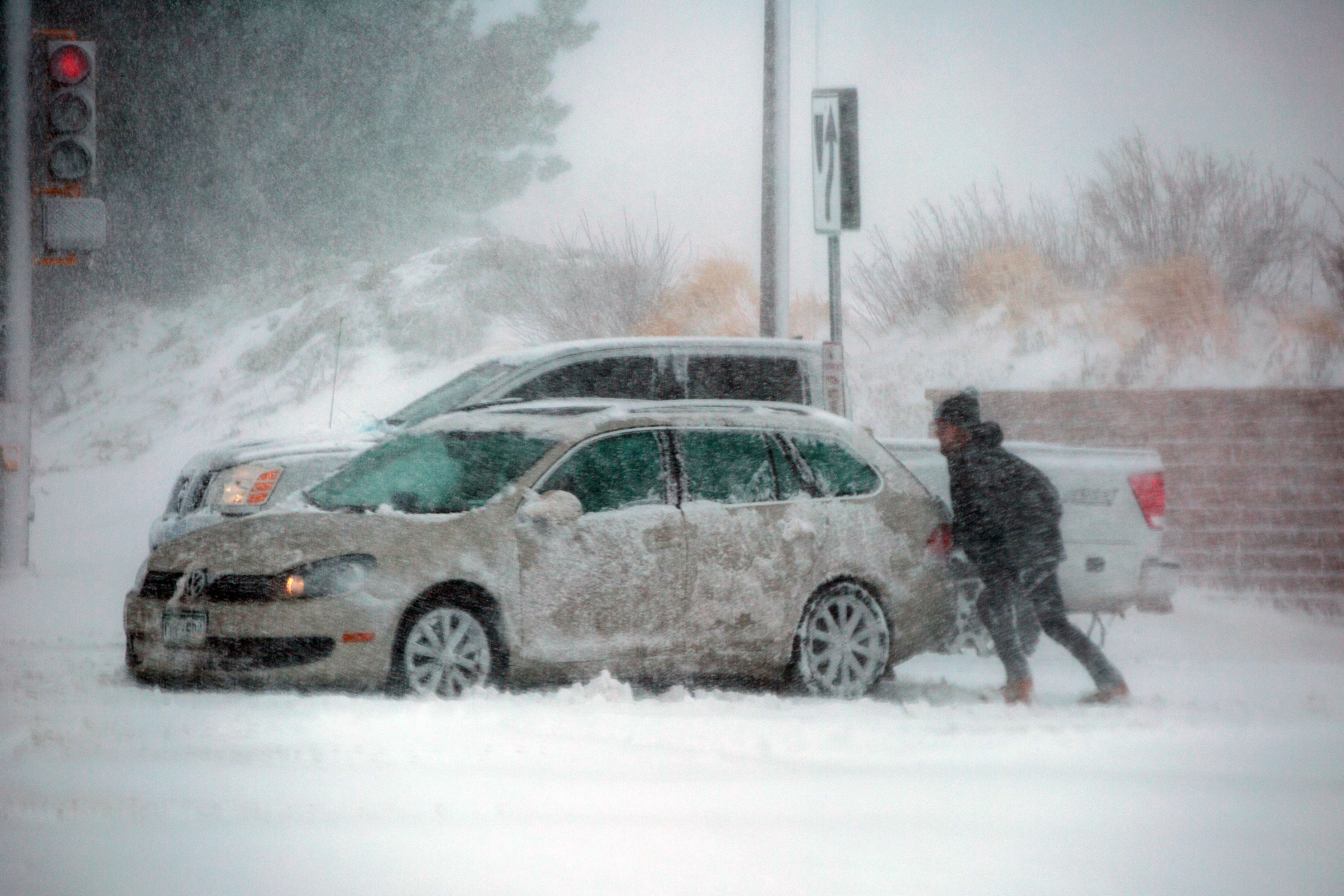 One problem that will stick around even after the storm settles down: treacherous roads.

The storm started with rain Wednesday morning, so as the temperature drops throughout the day, the rain turns to snow and what’s already fallen becomes ice.

Bowen says that compounds the danger.

“It creates that level of icy slickness beneath the snow that can create hazardous conditions for people who might go walking on the snow or something. Or they might slide on their vehicles when they have that snow on top of ice.”

Sign up for our free email newsletter for our reporting on the storm and everything else happening in Colorado. Stay safe out there!