The story of a woman who traveled from Florida to Colorado because of an alleged interest in Columbine High School and the mass murder perpetrated there 20 years ago disrupted school and life for children, parents and others throughout the Denver metro area in an unprecedented way on Wednesday.

But such stories are surprisingly common.

In December 2011, then-Columbine High School Principal Frank DeAngelis did an interview like he’d done many times before in the years since the 1999 attack on his school.

The student reporter was visiting from Utah, and his questions were good, DeAngelis said.

"It was all about recovery. And he said, ‘Boy, I see how you created this wonderful environment. How were you able to do that?’" DeAngelis said.

"I get a call from the Utah Police saying, ‘Was this kid there?’ I said, ‘Yeah,’ And I said, ‘Why?’ And he said, ‘Well, he had a plot to blow up his school.’" DeAngelis remembered.

The student turned out to be obsessed with Columbine.

Many who get fixated on the shooting stay in dark corners of the internet, but sometimes they move into the real world.

“There are people that want to feel it, touch it, see it, experience it,” said John McDonald, executive director of security and emergency management for Jefferson County Schools. “And those are the people that we have to say no to. That there's a memorial and we'd love for you visit the memorial but not our school.”

McDonald is responsible for the safety of some 85,000 students at more than 150 schools. But he said it’s Columbine that poses the biggest challenge. 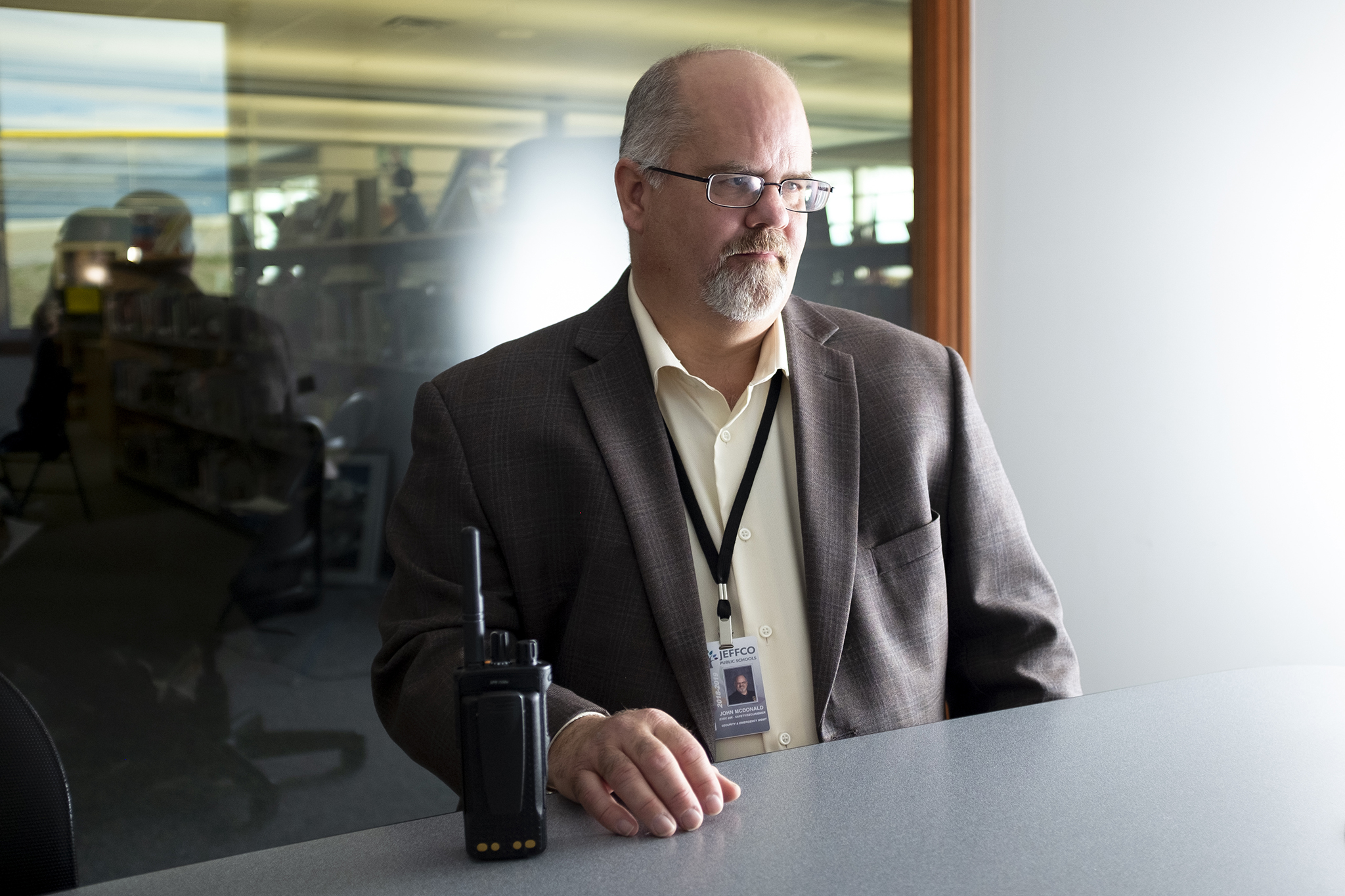 If strangers show up to the school these days, McDonald said his team can usually stop them before they get out of their car. The district asked for two more patrol officers just for Columbine this year, saying that there’s been a significant increase in people trying to get into the building.

“It's expensive and it certainly costs more than any other school in the district to maintain the level of security that we need to here, probably by a factor of five times, six times more,” McDonald said. “That's our world.”

He’s even wondered if the school should’ve been torn down. That’s what happened with Sandy Hook Elementary School in Newtown, Conn. DeAngelis said he’s thought about that, too. Two decades ago, the community decided to keep most of Columbine intact, but DeAngelis said that at the time, there was no way to anticipate the symbol this school building would become.

“I mean, if we could look ahead, say in 20 years this is what's going to be happening, I think we probably would have said we probably needed to relocate,” DeAngelis said.

McDonald isn’t sure it would have helped.

“The fact of the matter is that Columbine resonates across the country whether the building is here or not, it still resonates,” he said.

And in those last 20 years, it’s also been where some victims’ families come to feel closer to those they’ve lost.

“This building, for me, is a sacred place,” said Darrell Scott, the father of Rachel Scott, who was the first person killed in the attack. He says he and his wife come to the school every year, to leave a rose on the spot she was killed.

“Even though it was a place of horror and tragedy, it's always been a sacred place. Knowing that the lives of precious people were taken. And so, our focus has always been on them and not the shooters.”

Coni Sanders’ father, Dave, was killed right outside the old library. She visits annually, too. The spot where her father died is marked by a columbine flower in the floor. 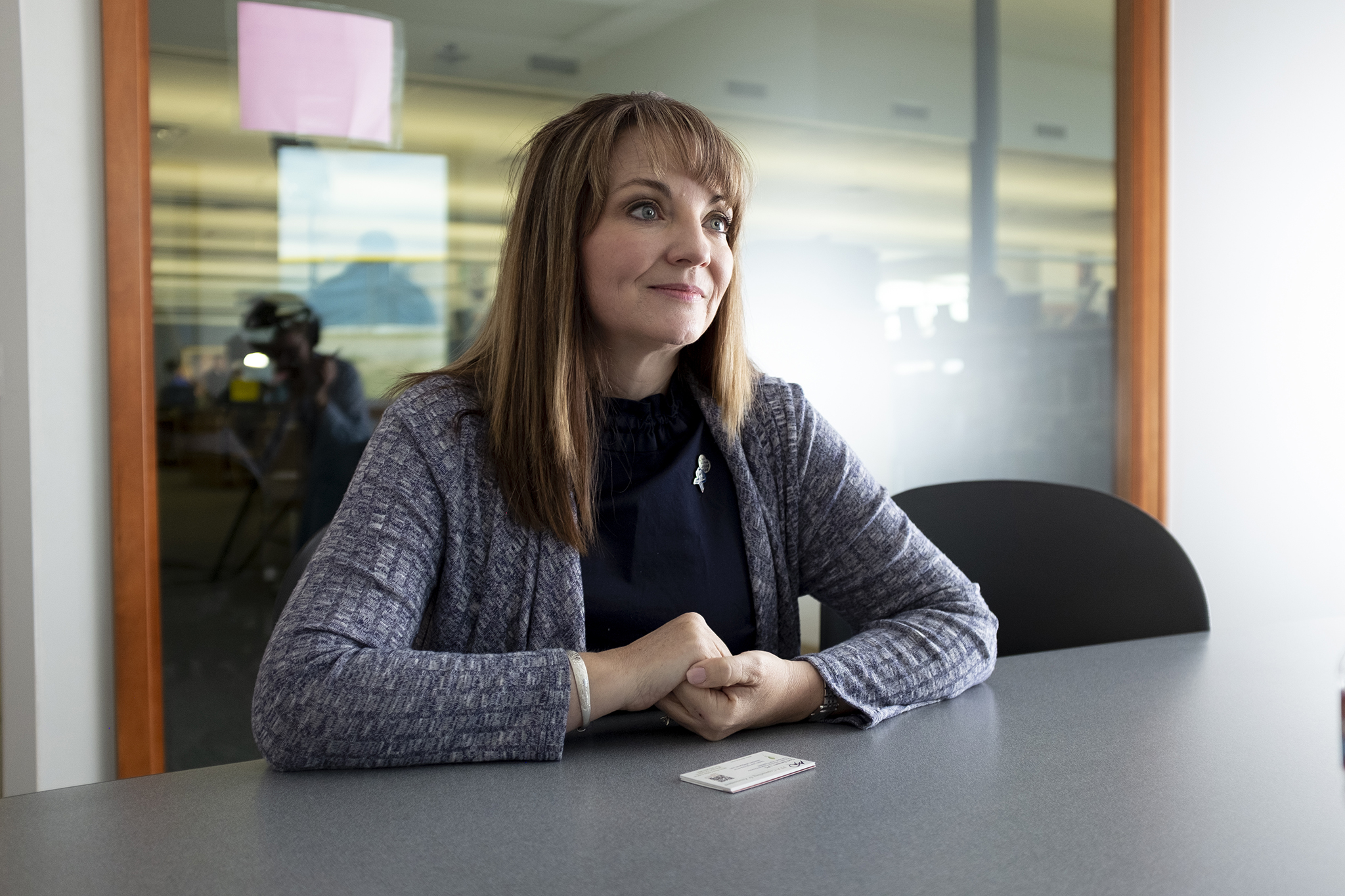 “And last year, I showed up, and there were a bunch of kids sitting on the flower and they were doing a community service project,” Sanders said. “And at first, I was like, ‘Get off my flower. That's mine.’ And then I realized, this is what it's all about. This is what he would have wanted.”

Sanders says her dad dedicated himself to making his community a better place. And it makes her happy knowing that kids come there to do the same thing.

The threat this week — apparently inspired by the anniversary coming up Saturday — shows the dual identity of Columbine now. It’s been defined by the violence of 20 years ago, but McDonald says it’s also still a school.

“I've seen a lot of tragedy in my career,” he said. “And what I know is that our kids deserve a place that's free from threat, intimidation, harassment, bullying. We get to create good climate culture and positive environments. If we do that, then I think we can change our own story.”

The shooting 20 years ago is the school’s history. But McDonald says it won’t be Columbine’s legacy.