Thousands of people gathered at the Cherry Hills Community Church in Highlands Ranch to celebrate the life of Kendrick Castillo, who died in the STEM School shooting last week.

Castillo was 18 and just days away from his high school graduation.

At the ceremony, speakers repeatedly encouraged the crowd, which numbered about 2,000, to "be more like Kendrick" as they shared memories.

"We all have the ability to be a little bit like Kendrick. It’s all inside of us. You just have to be willing to know how far you want to take that," Kendrick's father John Castillo said. "There's risk in love, there’s risk in being hurt, there’s risk in rejection. Kendrick knew all of these things. And he never wavered from any of it."

Castillo said to help others, people need to sit down with those who are struggling and spend time with them.

Jordon Monk remembered growing from troublemaking freshman year lab partners with Kendrick to best friends. One night, the two dressed up like "Wayne's World" characters Wayne and Garth and blasted "Bohemian Rhapsody" with the top of the car down. 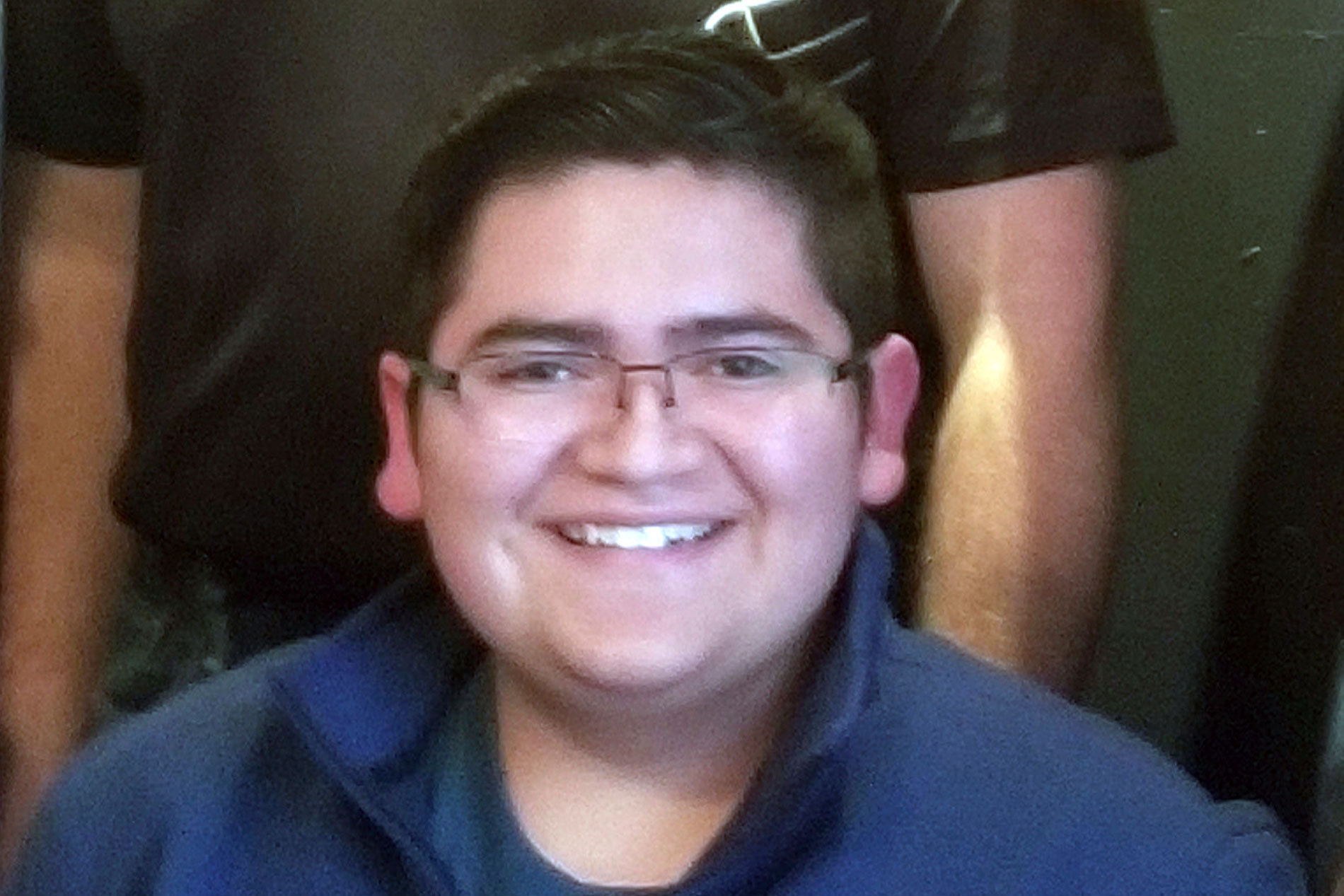 "I had no idea he would have such a profound impact on my life," Monk said.

Charlene Molis is the principal of Notre Dame Catholic School, where Kendrick attended from kindergarten top eighth grade. She watched him grow from a sensitive and compassionate child to every teacher's go-to IT volunteer.

"By sixth grade, Kendrick was helping most of our teachers with computer issues," Molis said.

"Kendrick seemed to be happiest when he was serving others, but he did this humbly."

STEM School teachers Lauren Harper and Mike Shallenberger supported each other as they spoke. Harper got to know Kendrick while helping with his resume.

"Of course, Kendrick’s genius and his smile would’ve been enough to land him the job anyway," she said.

Shallenberger began to break down as he shared how the school was planning to award Kendrick for honors from the school's engineering department and the Technology Student Association. He stepped offstage to give the graduation cords that would have been Kendrick's to his parents.

Hundreds of Jeeps, Castillo's favorite cars, led a long procession before the ceremony. Outside the church, guests walked by robots made by Castillo's and other STEM School robotics teams.

One of the robot handlers there, 15-year-old STEM student Corbyn Lamar, said it was important to represent Castillo's life.

"We’re here to show off what he loved, in his passion," Lamar said.

"That’s why we’re here. If he had been here, he would’ve done the same. Just to give back to other people, and show we’re together as one," Gregg said.

On stage inside were more symbols of Castillo's passions, including a kayak, photos of him with his family's Jeep in the mountains and robots and rockets he had built.

Gov. Jared Polis announced via Twitter earlier in the day that the Wednesday would be recognized as Kendrick Castillo Day in Colorado.

Castillo reportedly jumped at one of the shooters along with classmates Brendan Bialy and Joshua Jones, minimizing the bloodshed.

"I’ve always known he was a gift, and a hero," John Castillo said. "He was filled up with the good stuff."