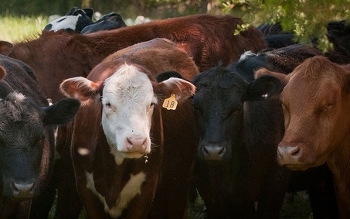 Global methane in the atmosphere is on the rise again after a period of leveling off, but scientists tracking this phenomenon at the National Oceanic and Atmospheric Administration, or NOAA, in Boulder haven’t quite figured out why.

All agree the potent greenhouse gas has been rising in the atmosphere since the Industrial Revolution. It began flattening out in the early 2000s, and then around 2007 it started climbing steeply again. It’s that resurgence that has scientists scratching their heads.

"Our observations are giving us a strong hint that the recent change is a microbial change,” said Lori Bruhwiler, a scientist with NOAA.

That means the source is natural, like the earth’s wetlands. It could also be human-caused sources like grazing livestock, rice farming or landfills.

The question is: which is it?

“You can look at what we know about the human sources and you can see that some of it has to be coming from that,” Bruhwiler said.

She said if an ecosystem source like the earth’s wetlands is spiking in methane emissions, that could be nature responding in a feedback loop to climate change.

Eric Kort is an applied physics professor at the University of Michigan. He said we should stay focused on what we can do to bring human-caused emissions down.

“When people fixate on what’s driving the recent changes in atmospheric methane,” Kort said, “they can lose sight of the fact that we know there’s very large emissions caused by us. If we reduce those emissions the amount of methane in the atmosphere would come down irrespective of what’s explaining the last couple year wiggles.”

This story was produced by the Mountain West News Bureau, a collaboration between Wyoming Public Media, Boise State Public Radio in Idaho, KUNR in Nevada, KUER in Salt Lake City, and KRCC and KUNC in Colorado.