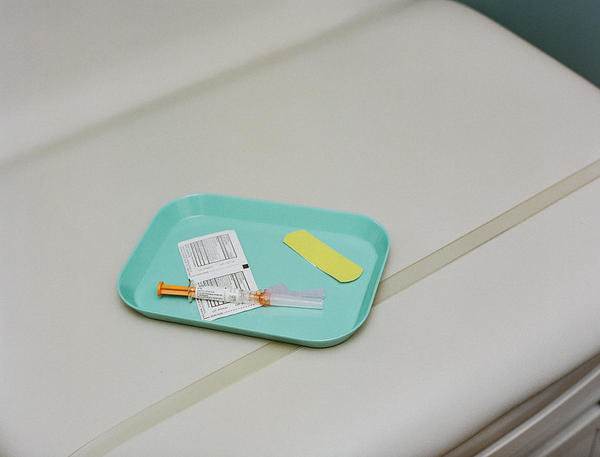 A bipartisan group of legislators say they plan to introduce a bill aimed at increasing childhood vaccination rates in the state.

They say the bill would require parents seeking a vaccine exemption for non-medical reasons to use a specific form. Parents would also need to get the signature of a doctor or other immunization provider, or do an online vaccination education class.

Currently, parents seeking an exemption for non-medical reasons have a number of options, ranging from submitting a form online to writing a note with the relevant information to present to their child’s school or child care. They are required to do so once a year.

“Right now it’s far easier for a parent to sign a vaccine exemption than it is to take the time and effort to get their kid vaccinated. And so it’s not surprising that Colorado consistently ranks among the states with the highest levels of exemptions in the United States,” said Sen. Julie Gonzales, who is cosponsoring the bill with Sen. Kevin Priola and Rep. Kyle Mullica.

A report from the Centers for Disease Control and Prevention based on the 2018-2019 school year found that Colorado kindergartners were the least vaccinated in the country for the vaccine against measles, mumps and rubella (MMR), and the chickenpox (Varicella) vaccine.

“The proposed legislation does not require any parents to vaccinate their child if they oppose vaccination,” read a statement from Colorado Vaccinates, a coalition of groups that’s backing the bill that aims to improve vaccination rates and includes the Colorado chapter of the American Academy of Pediatrics and Children’s Hospital Colorado.

Last year, HB-1312 also sought to create a standardized form that parents would have to complete in order to opt out of getting their kids a certain vaccine. In addition, it also would have required that they submit that form in person at a local health agency. That bill garnered drama, including a 14-hour hearing, Gov. Jared Polis’ disapproval, and even death threats to a legislator and his family. Ultimately, the bill got delayed in the legislative calendar and never made it to a final vote.

“Beyond the public health impacts, it’s also important to think about the cost of our low vaccination rates,” said Sen. Kevin Priola. “In 2017, the last year for which full data is available, there were over $55 million in hospital and emergency department charges to treat children in Colorado for vaccine-preventable diseases.”

The target for achieving herd immunity against measles is 95%, the point at which enough people in a group are immune to a disease that those without immunity are protected from getting it.

Analysis by the Mountain West News Bureau found that between 2016 and 2019, about 190 schools (or 12% of schools for which there is consistent data) crossed that threshold, joining the 40% of schools that already had herd immunity against measles. But over the same time period, about the same number of schools lost their herd immunity, joining the 35% that never had it.

The same data, provided by the Colorado Department of Public Health and the Environment, shows that Colorado school students saw a small uptick in the percent of students with personal exemptions for the MMR vaccine.

In 2016, researchers surveyed about 700 Colorado mothers with children in school or child care and found that parents valued higher immunization rates at the school level, regardless of their personal vaccine choices.

‘‘If you had a choice between two schools (child cares) that were similar in all other ways,” the researchers asked, “how much longer of a commute would you be willing to accept for your child to attend the school (child care) with 1% of children unvaccinated” compared to a school or child care with 5%, 11% or 80% unvaccinated students?

As they wrote in the journal Vaccine, the researchers found that parents without vaccine qualms were willing to add an additional 15, 19 and 26 minutes, respectively, to their commute in order to avoid the less-vaccinated schools. Vaccine-hesitant parents weren’t too different; they said they’d be willing to drive an additional 6, 15 and 20 minutes.