Colorado's 3rd Congressional District is in the political spotlight this year. After Rep Scott Tipton’s defeat in the primary, there’s no incumbent in the race. That has Democrats angling to take back the seat and Republicans under pressure to keep it.

This district is the largest in the state and one of the largest in the country. You can put hundreds of miles on the car traveling around it. (This reporter tolled up 1,885 miles driving around it over 10 days.) It encompasses the Western Slope and curves like a fish hook in the south, across the San Luis Valley, to catch Pueblo and a bit of the Eastern Plains.

It’s a hodgepodge — ritzy mountain ski towns; cities built on steel, coal, and oil and gas; and rural farms to outdoor recreation meccas. And the political views and interests of voters are as diverse as the landscape. 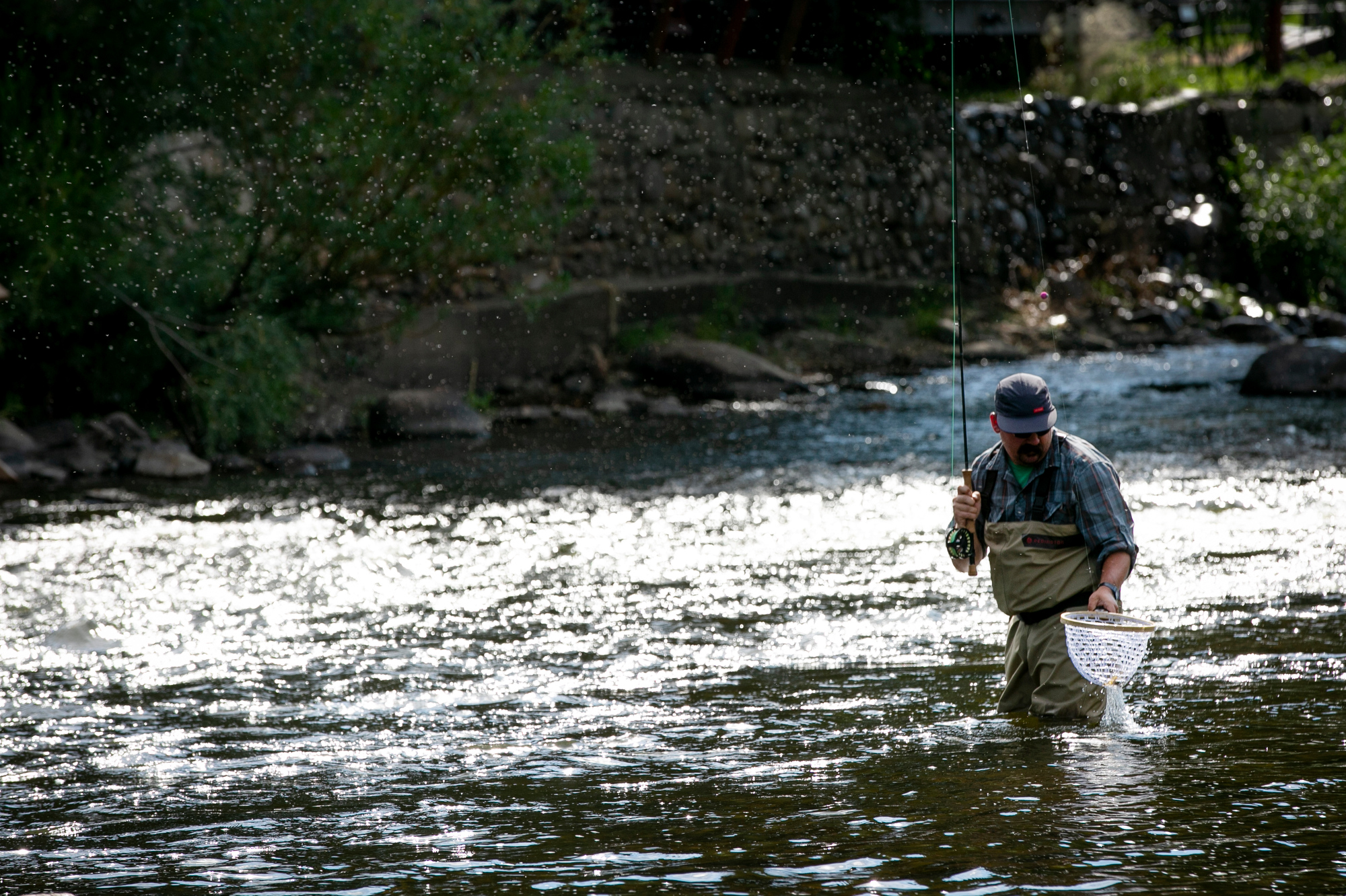 Hart Van Denburg/CPR NewsThe morning hatch is on as Tim Hirt nets his catch on Wednesday, Aug. 19, 2020, on the Yampa River in Steamboat Springs. 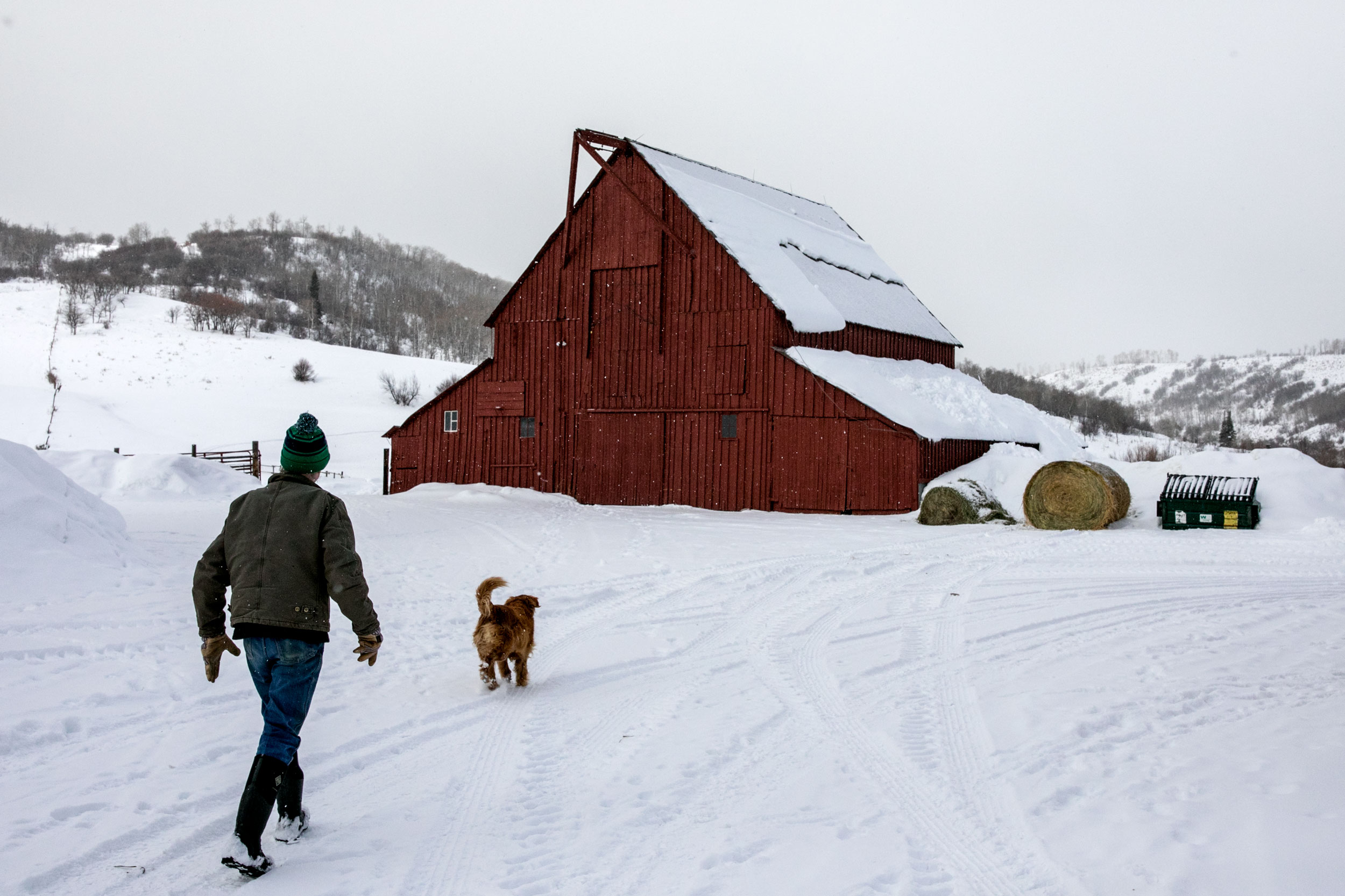 Hart Van Denburg/CPR NewsJay Fetcher raises cattle in a valley outside Steamboat Springs, Colo., far from the population centers in Denver and its suburbs. 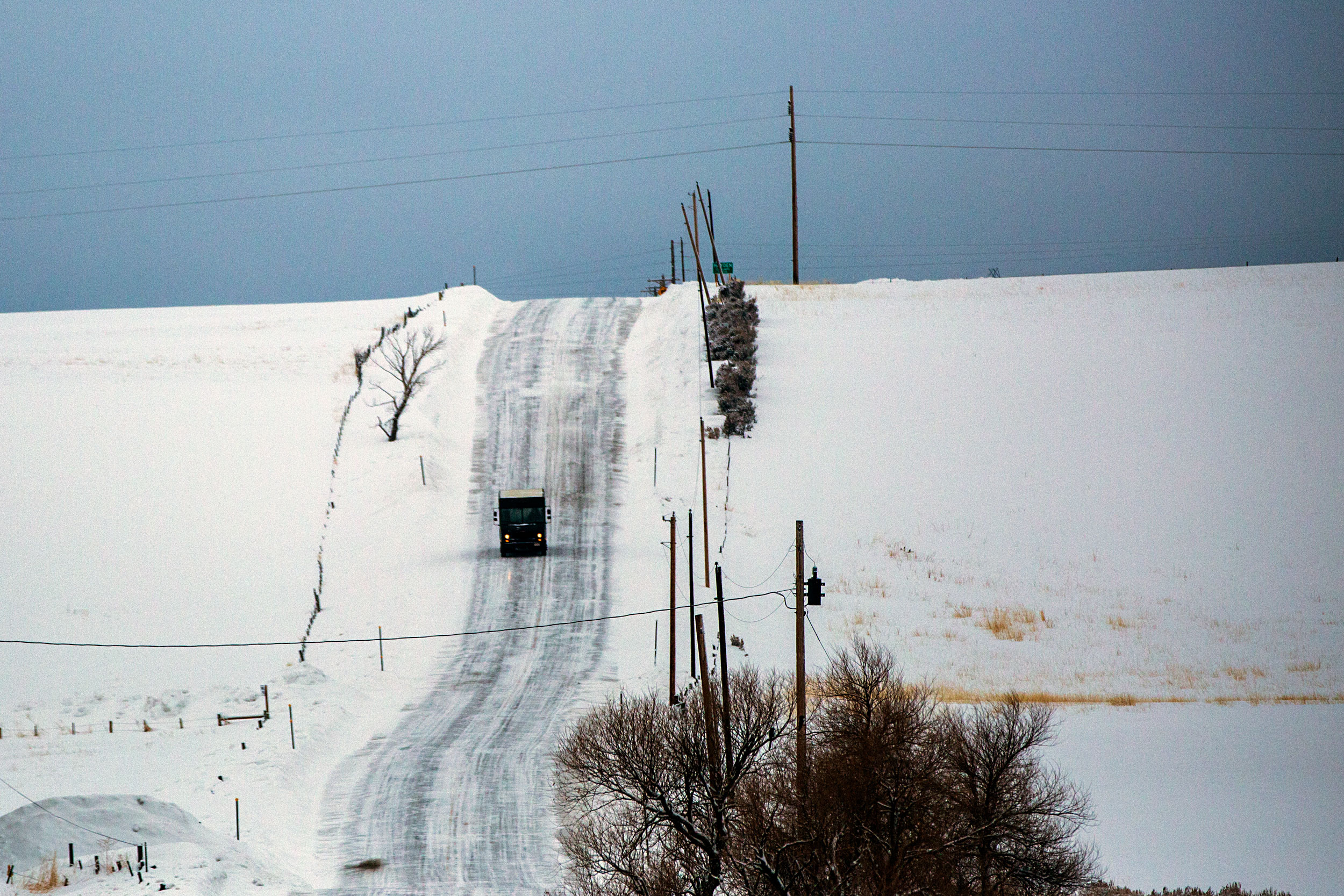 Hart Van Denburg/CPR NewsA delivery truck makes it's way down a backroad through the snowy landscape between Craig and Steamboat Springs Jan. 22, 2020. 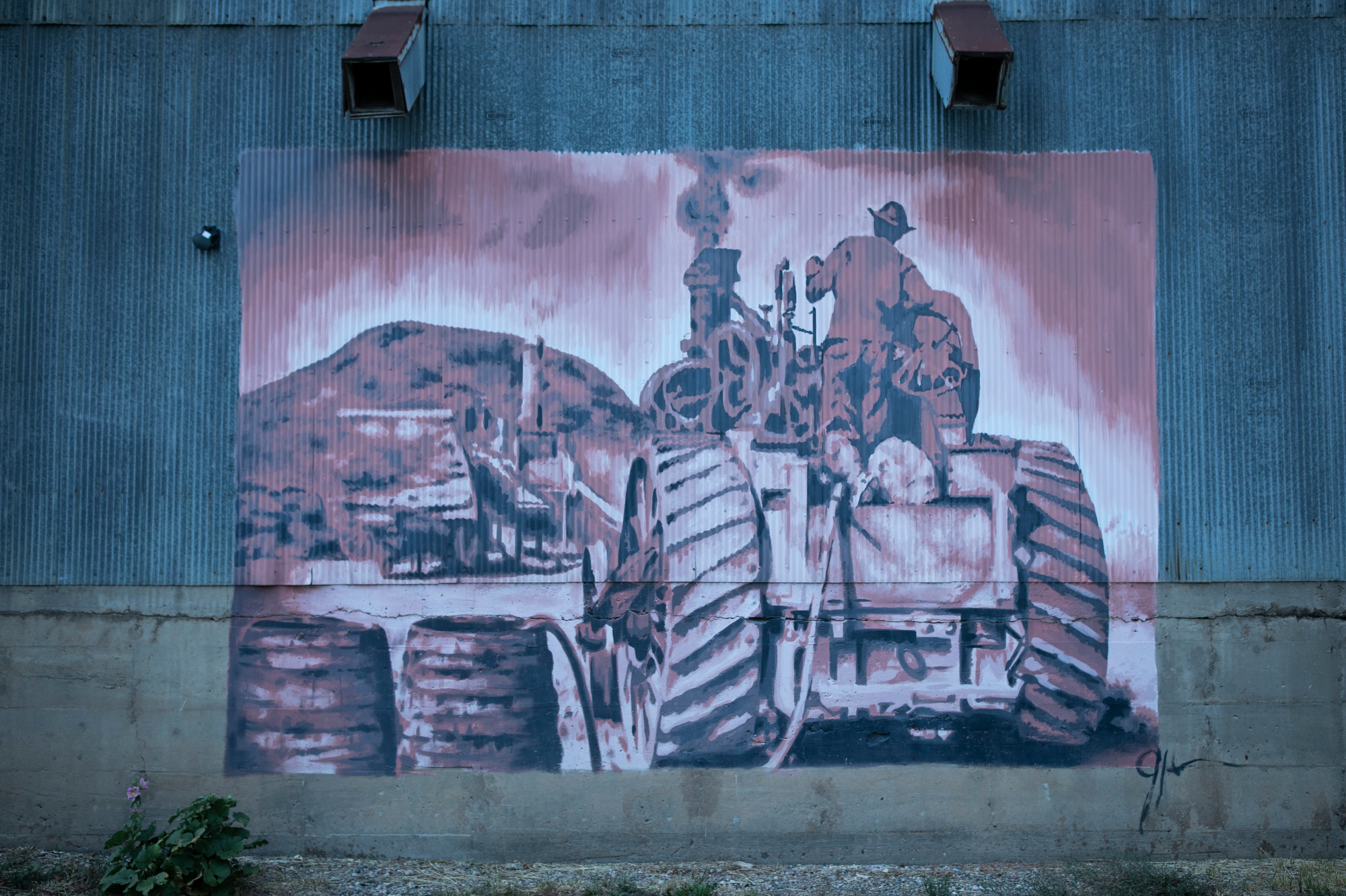 Hart Van Denburg/CPR NewsA roadside mural evoking an earlier time in the fields and forests around Hayden, Colorado on Hwy. 40 on Tuesday, Aug. 1`8, 2020. 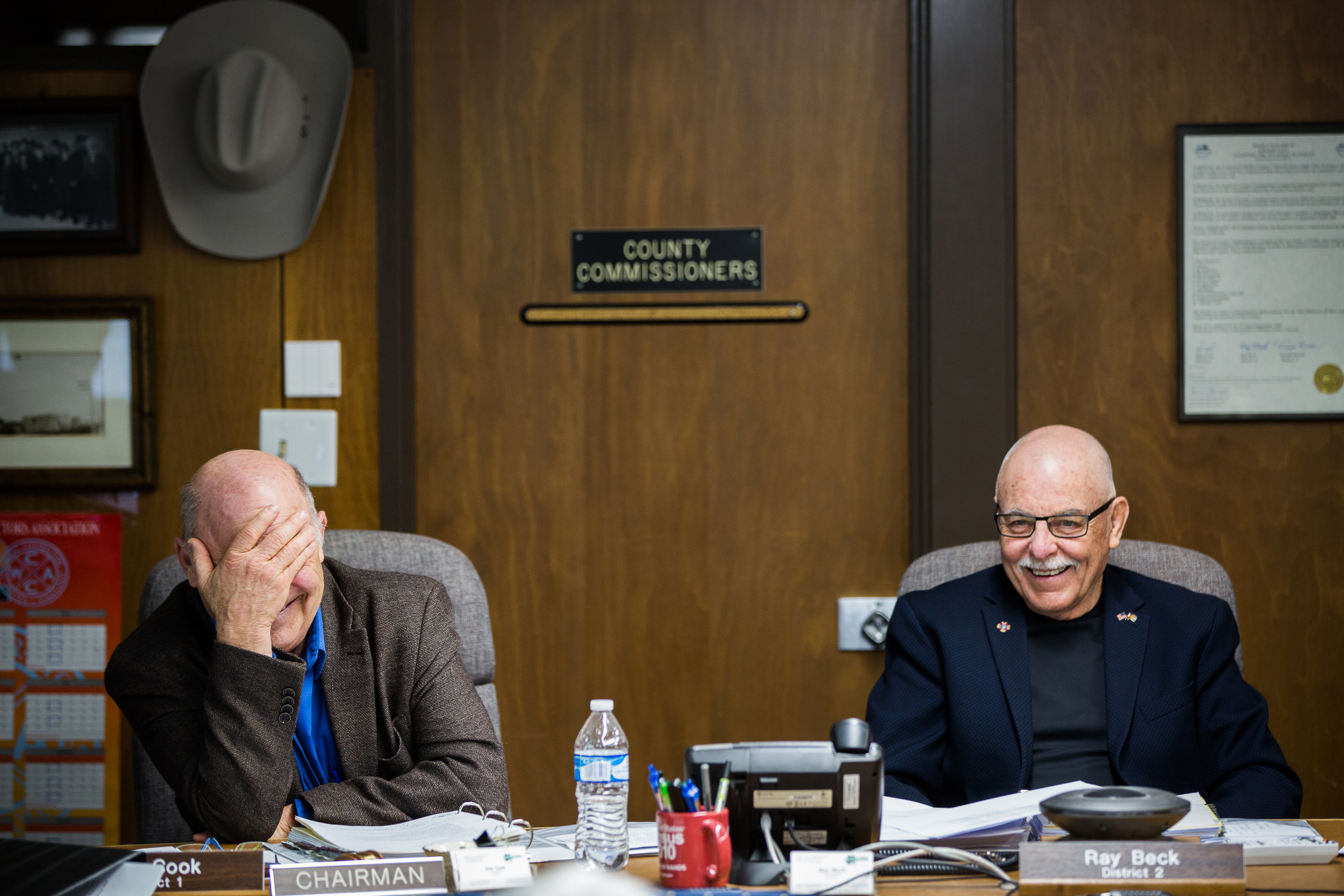 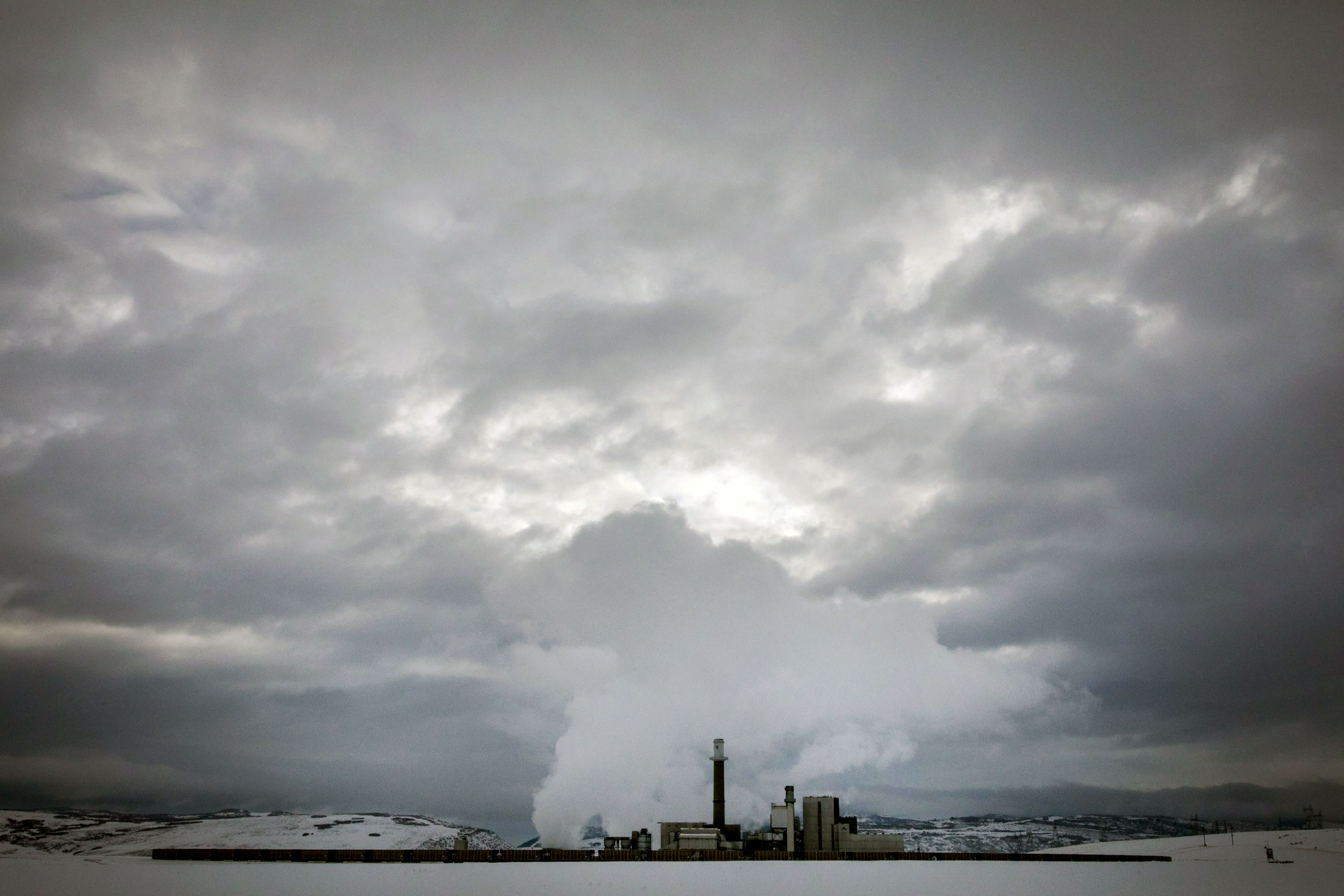 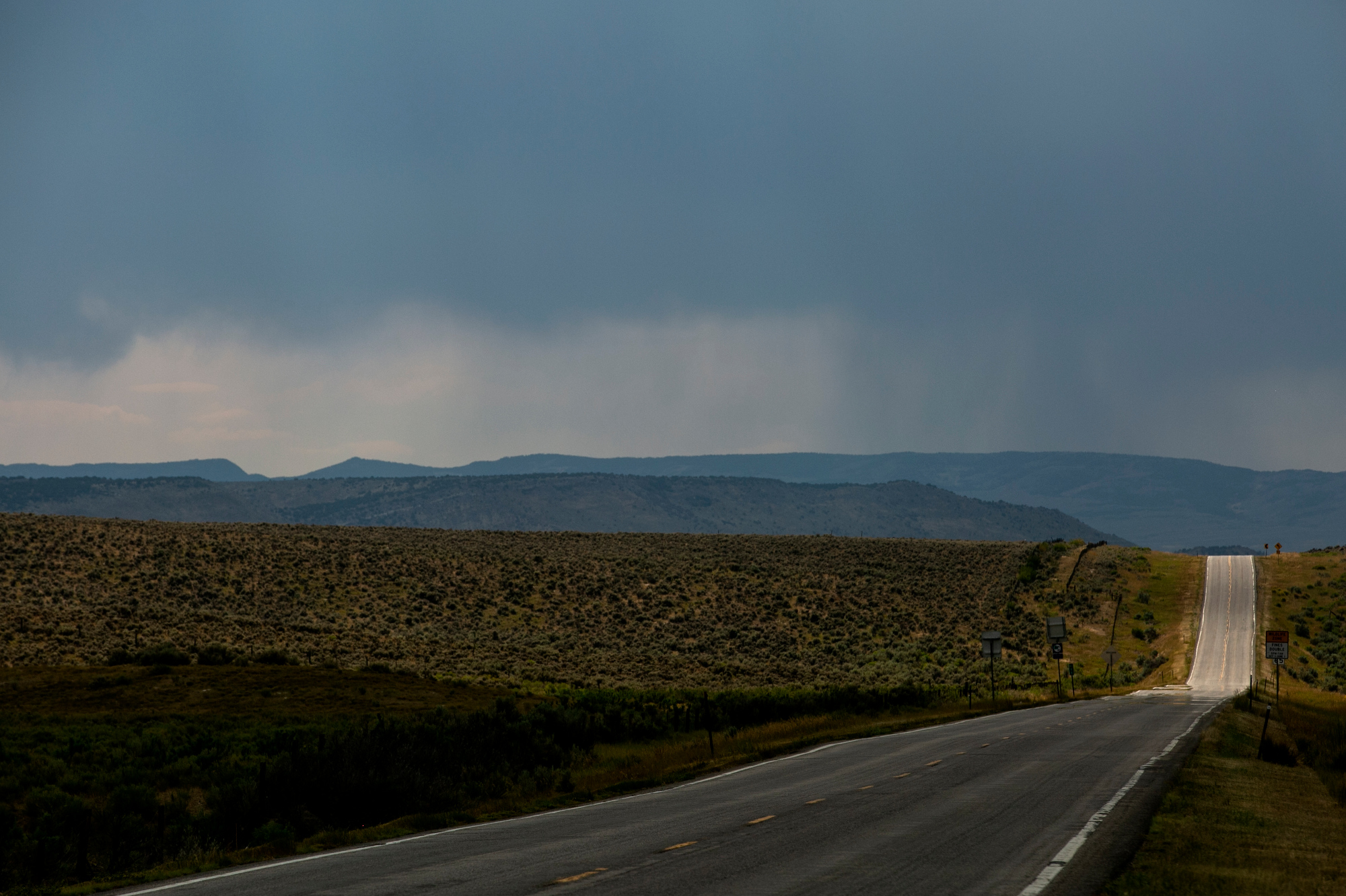 Hart Van Denburg/CPR NewsA detail from a historical marker highlighting Thomas Isles, one of the original settlers on Moffat County. Along state Hwy. 13 on Wednesday, Aug. 19, 2020. 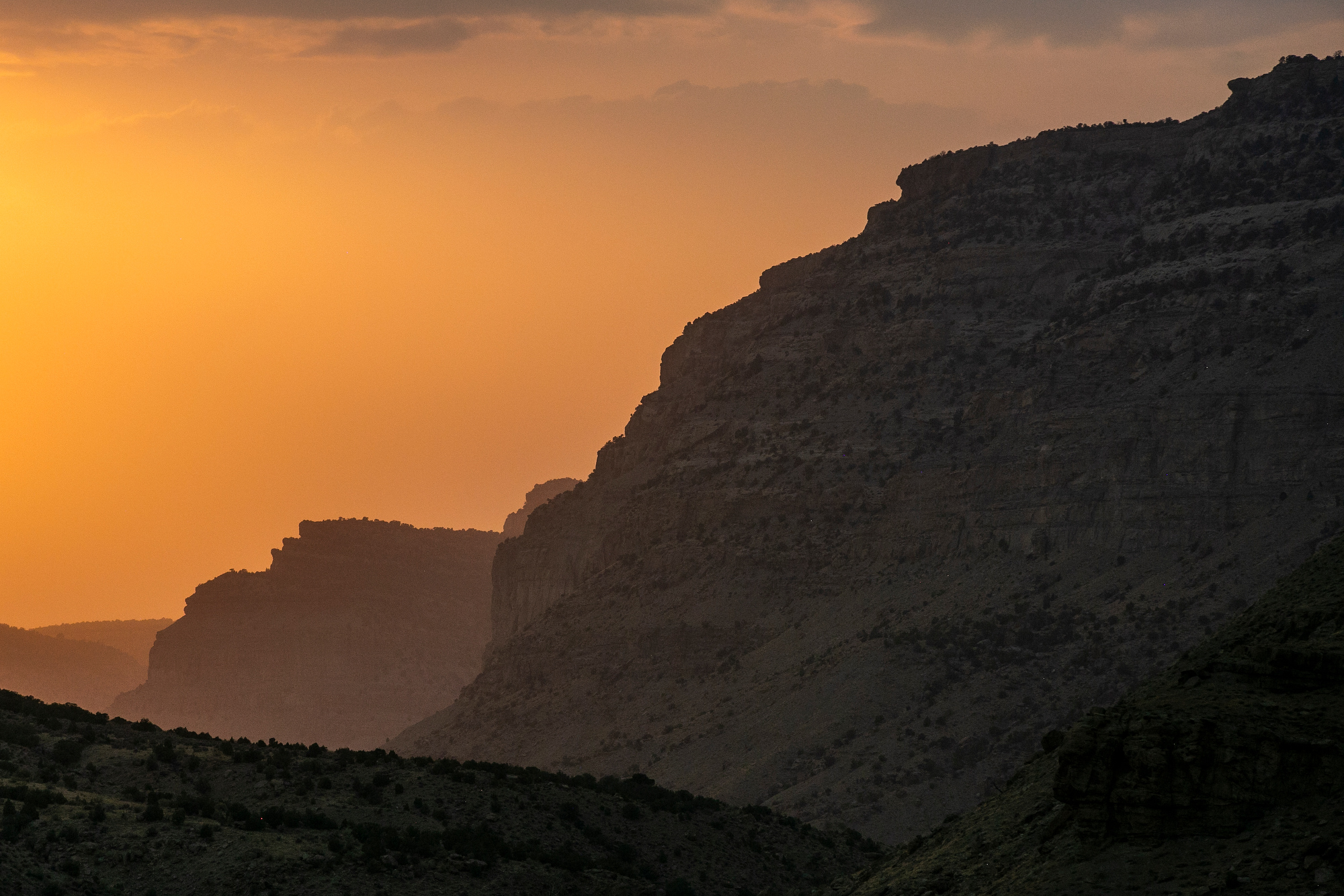 Hart Van Denburg/CPR NewsSmoke from the Pine Gulch fire burning near Grand Junction turns the sunset and the mesas deep orange along Interstate 70 near Cameo on Thursday, Aug. 20, 2020. 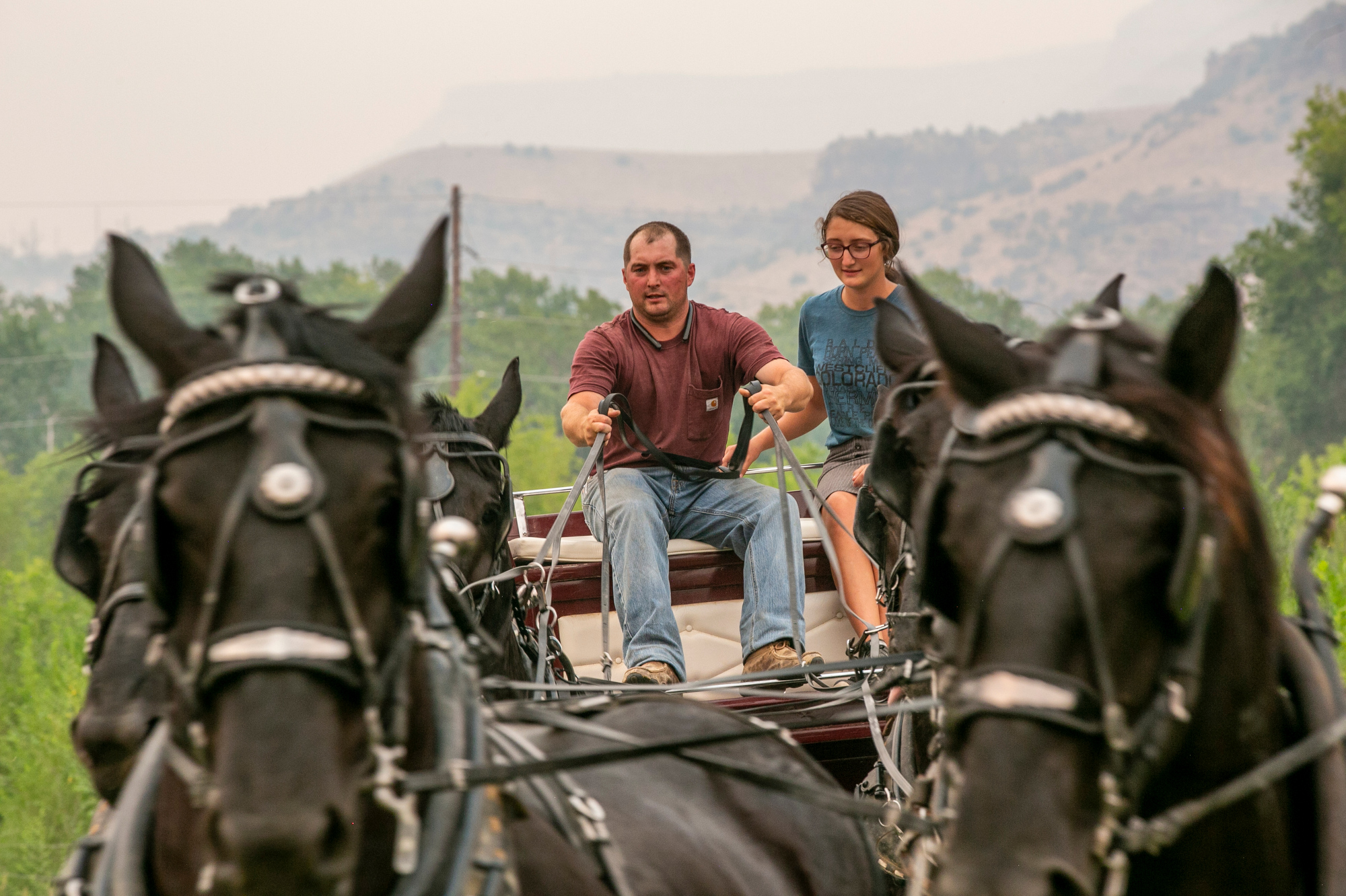 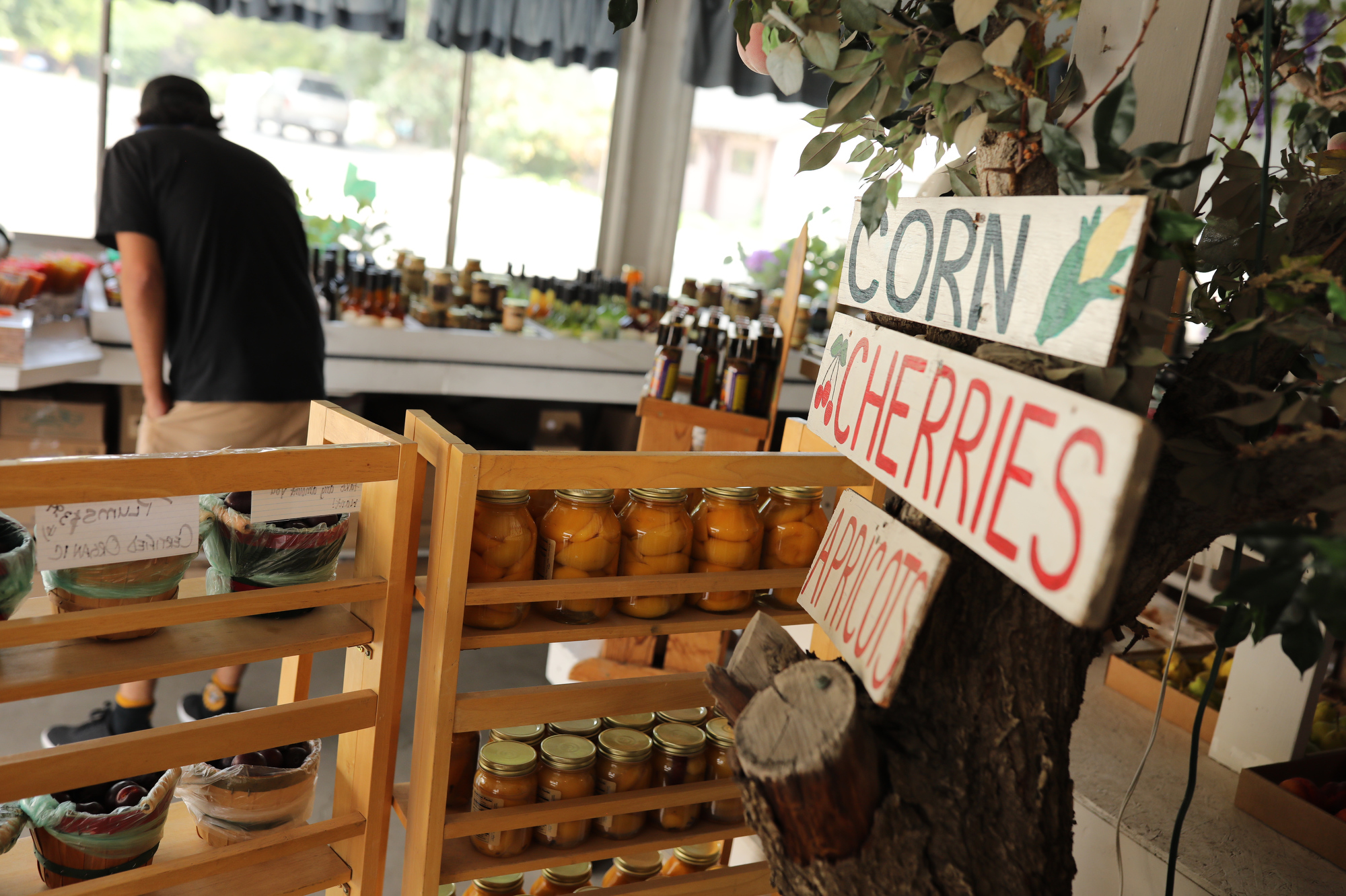 Hart Van Denburg/CPR NewsBetween a spring freeze, drought and heat, the pandemic, and the Grizzly Creek fire which closed Glenwood Canyon and shut off the spigot of visitors from the Front Range, this has been a touch year for Palisade peach growers, says Renee Herman of Herman Produce. Thursday, Aug. 20, 2020. 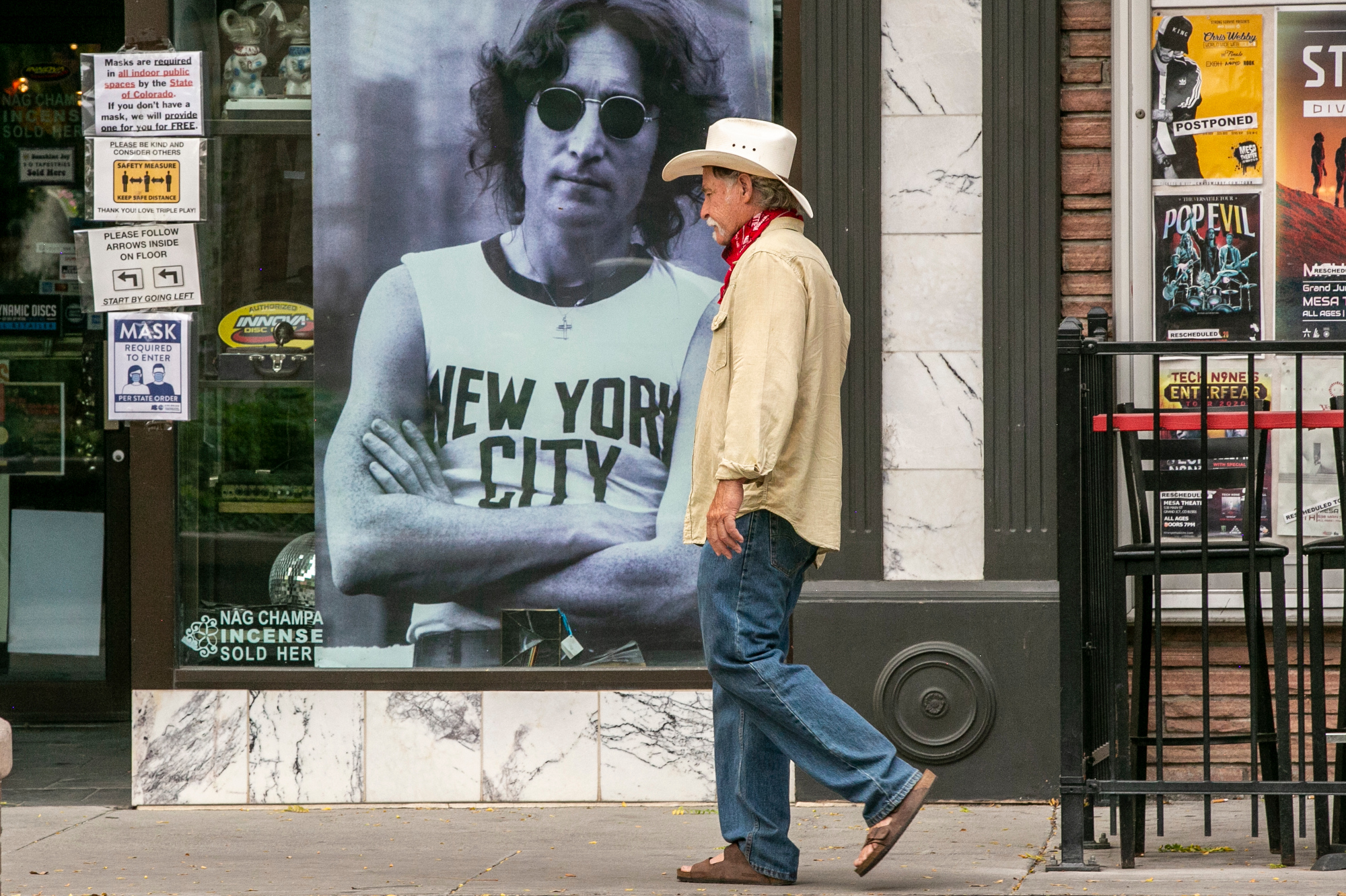 Hart Van Denburg/CPR NewsThe Pine Gulch fire, one of the largest wildfires ever recorded in Colorado, is burning just over the nearby mesas on the edge of town, but life on Main Street in Grand Junction goes on. John Lennon is keeping an eye on things. 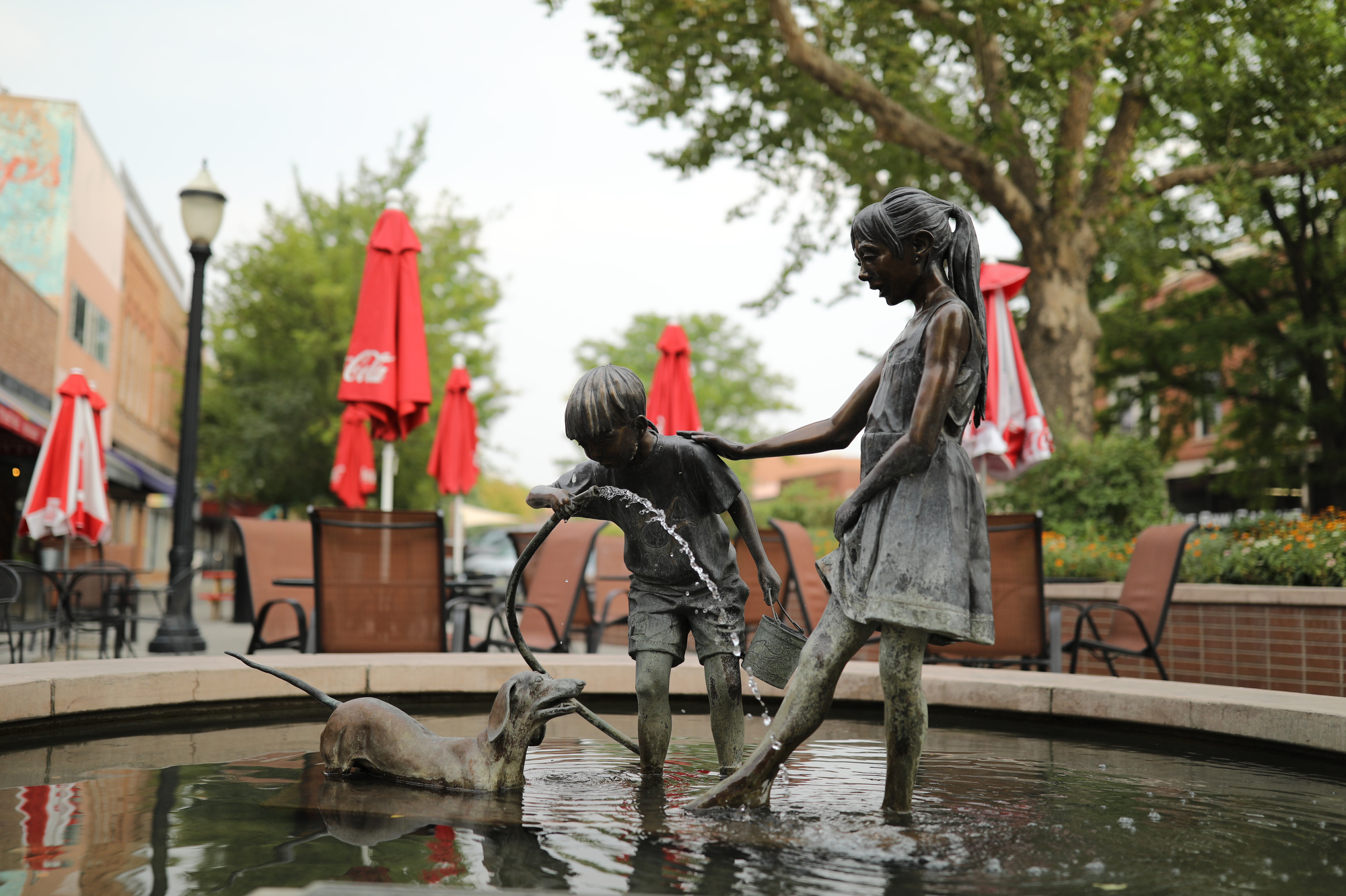 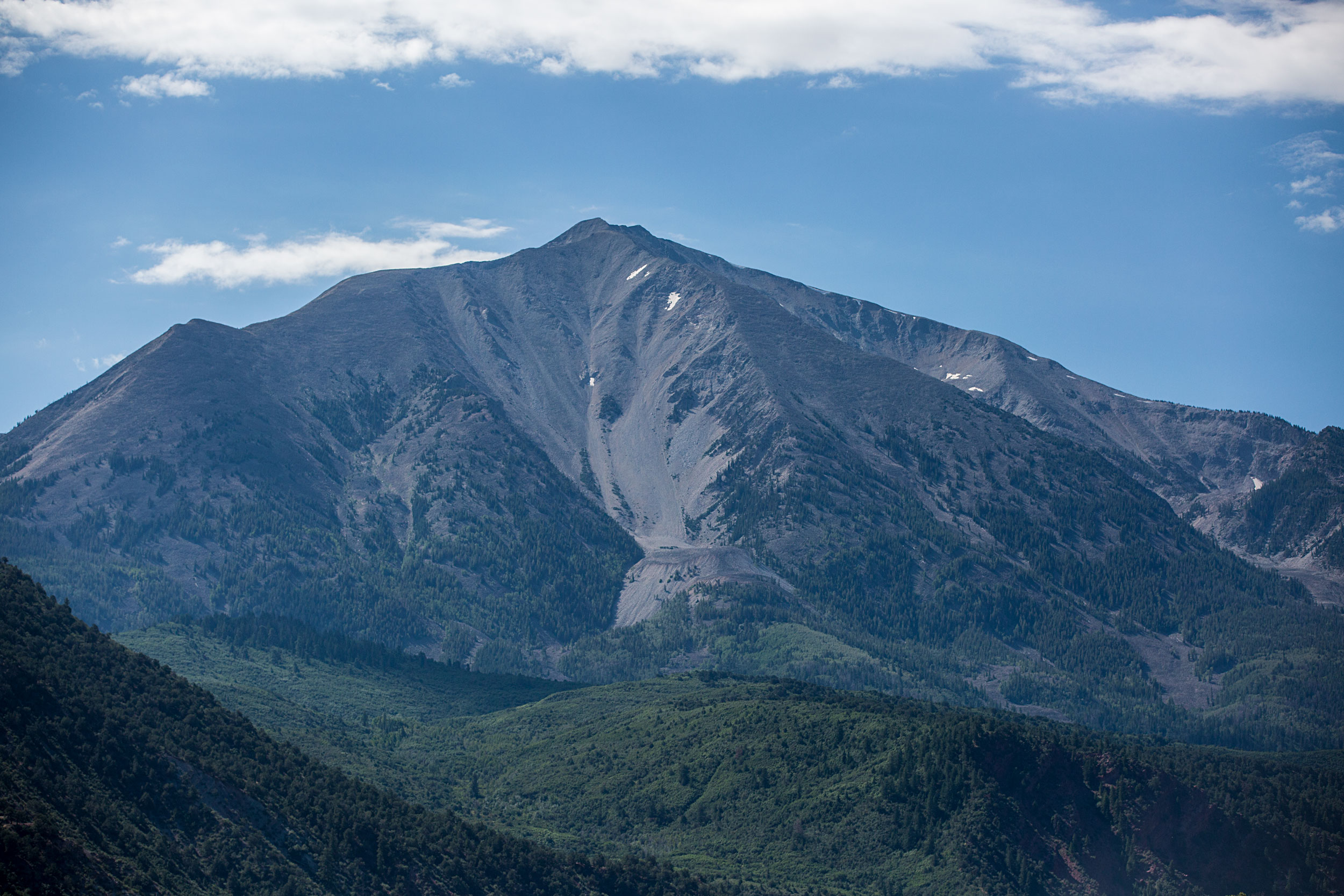 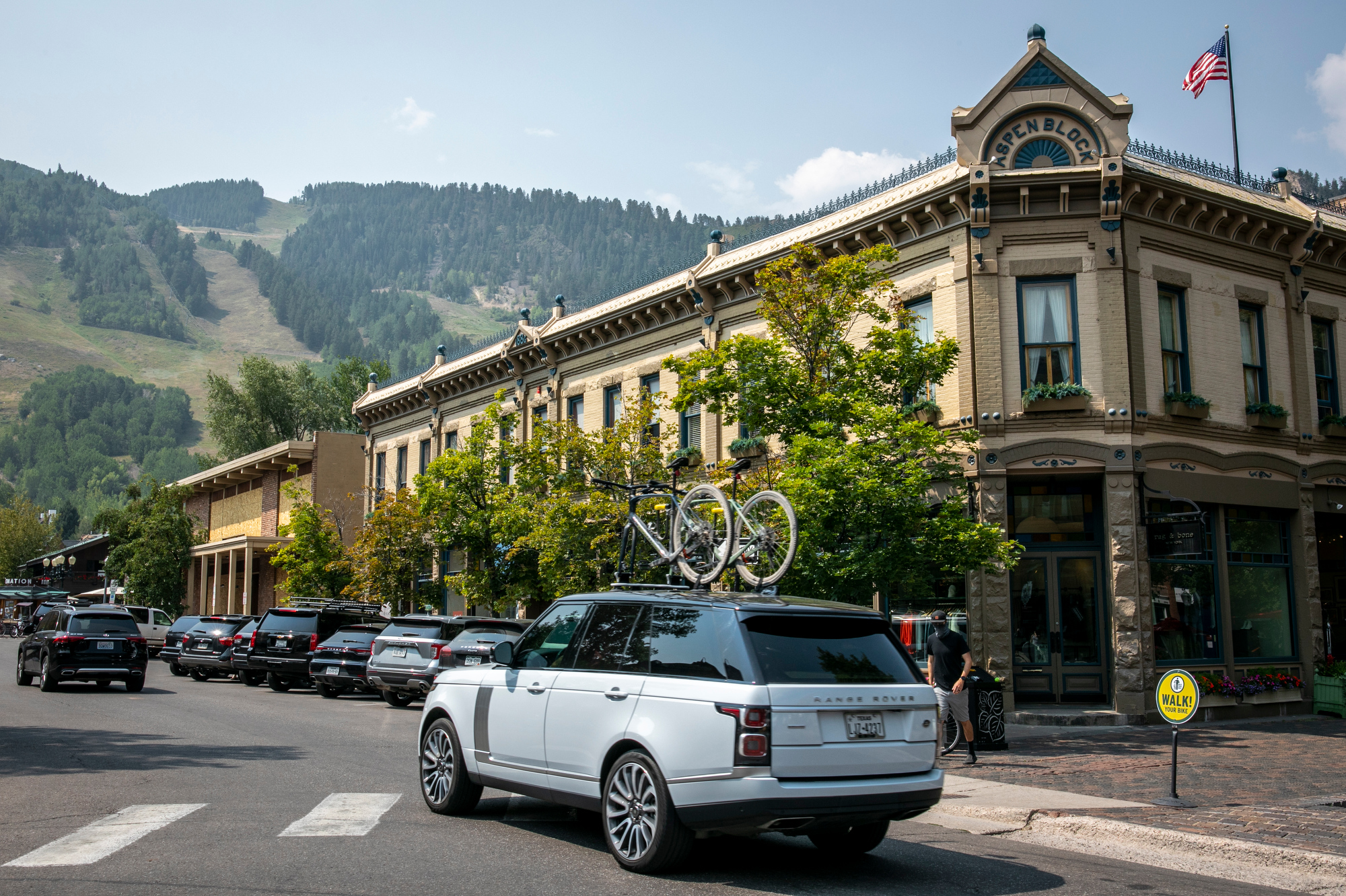 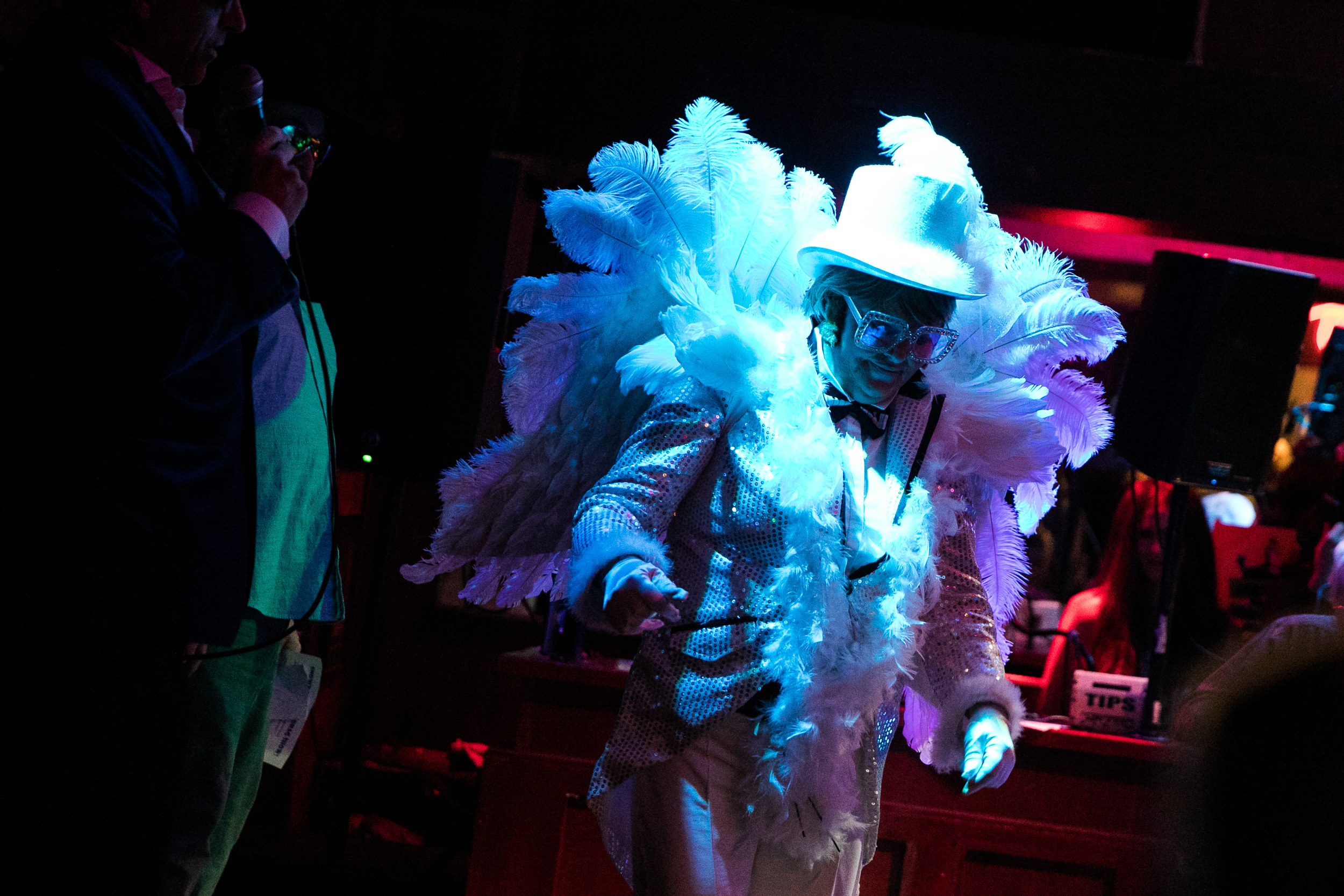 Hart Van Denburg/CPR NewsRevelers at a drag party in the El Rancho bar during Durango's Snowdown 2020. 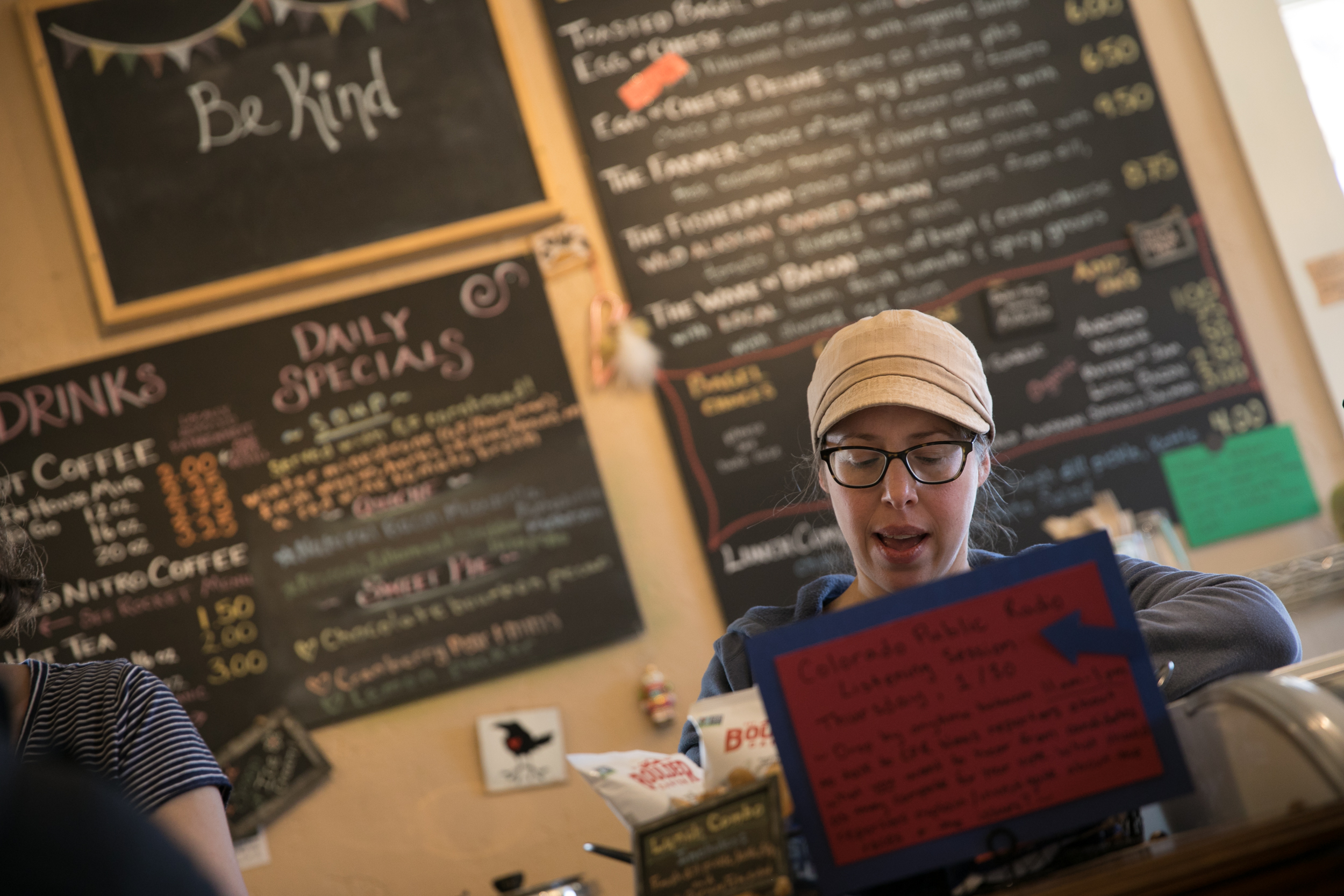 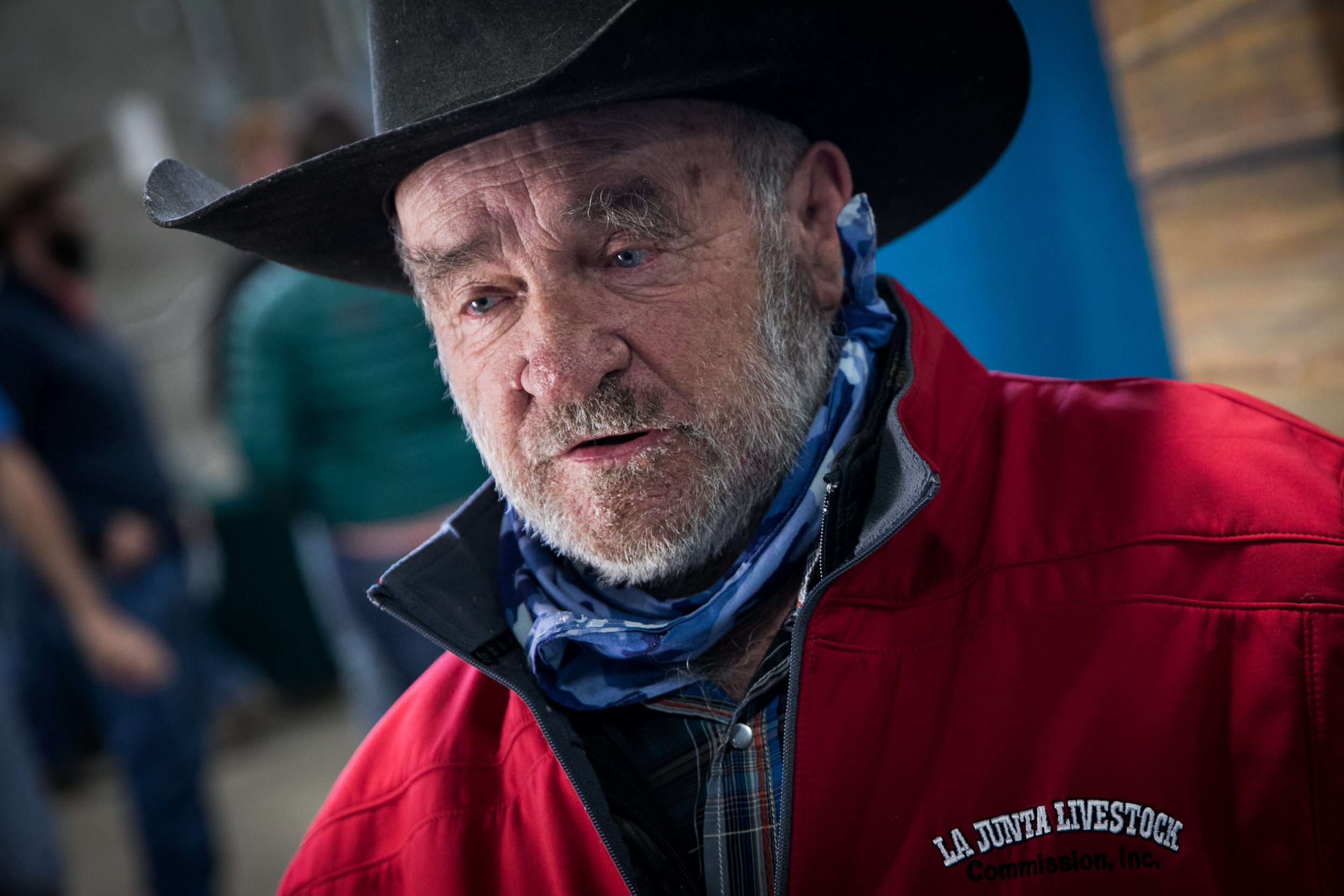 For voters here, a diverse slate of concerns

In Durango in the southwest corner of the state, Dan Street said he only votes in federal elections and makes his choices based on “how the U.S. is viewed on the international state and whether or not we’re investing our money in appropriate ways.”

In the San Luis Valley, Republican Luz Heredia of Alamosa immigrated from Mexico decades ago. Her number one issue is “freedom” followed closely by “guns, the right to defend yourself. I know what it's’ like to lose the freedom to defend yourself.”

In the mountainous central part of the district, Republican Adam McKee of Gunnison is focused on “abortion and border security and probably this COVID crap. It’s driven by fear.” While just on the other side of the mountains in Carbondale, Democrat Staci Dickerson had a long list, too: “Education, health care is huge, the huge discrepancies between wealth and poverty is a major problem. I mean the list goes on. Climate change, crumbling infrastructure.”

Democrat Heather Haffener of Glenwood Springs is focused on equality.

“Women’s rights is something that I think is still being overlooked. Minority rights are still overlooked. I’d like to see health care accessible for everyone.”

And to the north, in Craig, behavioral economist and entrepreneur Kirstie McPherson said her choice in candidates is ruled by “what is going to be best for my business, my employees, my community.”

If you ask anyone in the town of Craig about the politics of their northwest corner of the state, they’ll tell you it’s staunchly conservative. Agriculture and fossil fuels are the economic engines, and conservative values rule at the ballot box.

McPherson, who’s unaffiliated but typically votes Republican, has called Craig home for most of her life. She voted for Republican neophyte Lauren Boebert in the primary and is fairly certain she will again in the general election.

“I think people are ready for something new and something different,” she said. “I also worry about what new and different actually are when it comes to politics. I think there’s a large education gap around what politicians can actually do, how things get deadlocked.”

No matter who wins, the district will have something new this fall. Neither Boebert nor her Democratic opponent, Diane Mitsch Bush, have ever held federal office before. However, while this is Boebert’s first political race ever, Mitsch Bush has represented portions of the district for more than a decade in the statehouse.

Just an hour to the east of Craig is the ski resort town of Steamboat Springs. Now, Mitsch Bush spends her days campaigning virtually from her home here. And she has some strong local supporters, like Democrat Judy McGinnis.

“She was a county commissioner, she was our local representative in the Colorado statehouse. She’s smart. She’s not in anybody’s pocket,” McGinnis said, explaining what she liked about the Democratic candidate.

And when asked if she knew about the GOP opponent. McGinnis smiled, nodded and then made the sounds of Boebert’s signature issue: the Second Amendment.

McGinnis doesn't have anything against guns and said a lot of people own them here. She just thinks it’s extreme to have a server in a restaurant wear them, a reference to Boebert’s restaurant, Shooter’s Grill, in Rifle. “It blows my mind, it blows my mind. The woman who won the Republican nomination, who is voting for people like this?”

If Bobert’s unabashed embrace of President Donald Trump and guns raises eyebrows among Democrats, it’s made her beloved in conservative circles. Boebert is not a policy wonk, but her personal story of escaping poverty to become a small business owner resonates. And Republicans, like Pat McKee of Gunnison, also like that she doesn't hold back.

“We want someone who is maybe a little more outspoken. A little more fire in her gut and I think that’s what she brought,” he said.

Paul DeBell is an assistant political science professor at Fort Lewis College in Durango and moderated a primary debate that both Boebert and Mitsch Bush participated in. He notes that while incumbent Rep. Scott Tipton has been a reliable Trump voter in Congress, it’s Boebert who has really embraced the president’s political style.

“Lauren Boebert has learned a lot from Trump’s rise to the presidency,” he said. “And is using a lot of that same sort of powerful messaging, of being very media savvy and very savvy with the conversation happening, to help propel herself as the Trump candidate.”

On the other side. He said Mitsch Bush has also been savvy. She’s bet that voters want something different from their representative — experience and calm. “Mitsch Bush is clearly trying to say ‘I’m the sort of proven problem solver. I’m pragmatic. I’ll listen to all sides. I have the sort of policy background and understanding to really affect change when I get to Washington.’”

And DeBell thinks that might sway some voters who see the big political divide in the state, not in terms of Democrat versus Republican, but rural versus urban.

In the San Luis Valley, that concern is what brought Republican Mike Mitchell of Monte Vista to a Boebert rally. The farmer, who voted for Tipton in the primary, wanted to learn more about her and what she would do for rural Colorado if elected.

“The small people in rural Colorado it’s important that somebody’s out there, a voice,” he explained. “Colorado is swayed so much [to] urban ideals and it’s not always what’s important for the rural people trying to make a living.”

Still, in the more progressive parts of the district, like Carbondale in the Roaring Fork Valley, voters like Renee Sherman are less concerned about ongoing divides, in the face of some of the big problems currently hitting the headlines.

“Dealing with this COVID crisis and getting a handle on it in a positive way is the most important thing,” she said, explaining she had been laid off during the pandemic. She’s busy looking for work in her field as an interior designer, but it’s been hard.

Sherman said she’s not political; she’s a registered a Republican but has voted across party lines. She grew up in the area and said the other issue concerning her is the current drought.

“It just feels like now nobody even cares. We’re still watering our lawns. And so that’s a big thing for me and climate change, which is causing a lot of this and fires. And so anybody who’s really in tune with the environment will get my vote,” Sherman said.

She already knows that Trump and Sen. Cory Gardner don’t measure up for her, but said she didn’t know enough about the two congressional candidates yet to make up her mind.

Back in Craig, city councilman Ryan Hess also doesn’t know who he’ll support yet. He’s unaffiliated and a self-proclaimed political nerd. Hess said he’s interested in the larger philosophical questions, like states' rights, as well as hyper-local concerns, like whether the court system is being overburdened with people accused of minor crimes. And he said that, for all that people say they want politicians who can compromise, he sees a different dynamic at play.

“The idea of comprise, I think, has become a sign of weakness; where I think even 20 years ago compromise was what everybody wanted,” he said. “Now the expectation is, I throw my guy in the ring, and you throw your guy in the ring and whoever comes out the victor is what you want. So you want the person who’s hitting the hardest. And that doesn’t necessarily make the best public policy.”

However, with both national parties ready to press their advantage in this race, hard hits, not in-depth policy discussions, are likely to be the norm in the final months ahead of Election Day.