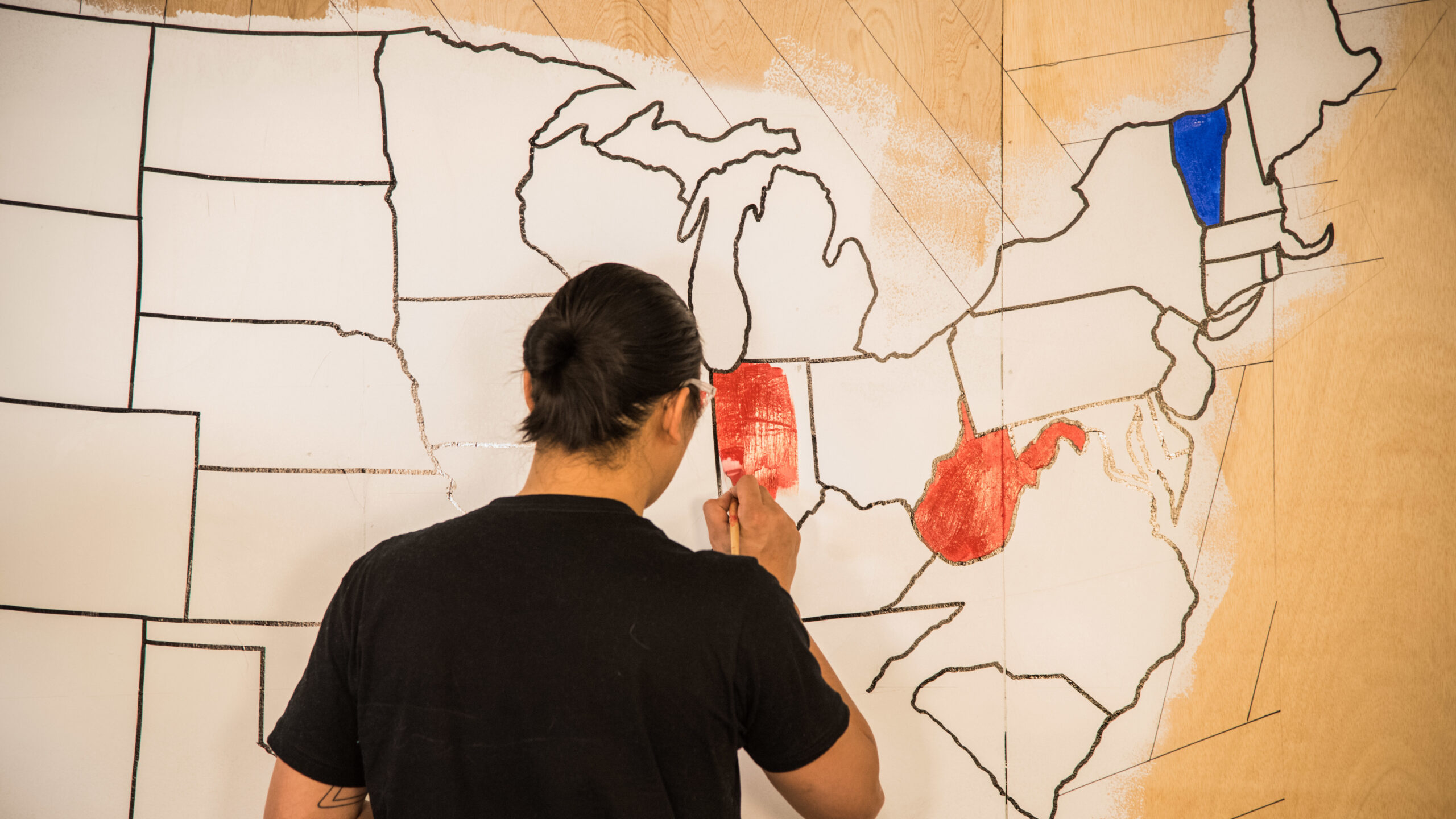 There have been a lot of questions heading into Election Day 2020 about how much information will and will not be available on election night, as everyone waits to see who has won the presidential contest and other races.

NPR provides live coverage of the results on the radio and online, and we rely on The Associated Press for all vote counting and race calls.

That means we explicitly cite the AP when reporting results — there are no "NPR calls." We will display AP results of the presidential election and other contests on our website.

We will not report the results being tallied or projected by news outlets that are not The Associated Press. Yes, that means we could be in a position in which others have called a key state or the overall presidential race, whether on Nov. 3 or later, but NPR is not reporting that because the AP has not yet made a call.

We rely on the AP in large part because it has a track record of precision and caution.

One distinction between what you will read and hear on NPR and what you may hear in other places is that there won't be "projections."

Here is the explanation from the AP:

AP does not make projections or name apparent or likely winners. If our race callers cannot definitively say a candidate has won, we do not engage in speculation. AP did not call the closely contested race in 2000 between George W. Bush and Al Gore – we stood behind our assessment that the margin in Florida made it too close to call.

Only when AP is fully confident a race has been won – defined most simply as the moment a trailing candidate no longer has a path to victory – will we make a call. In the race for president in 2016, that moment came at 2:29 a.m. ET the day after Election Day. Our APNewsAlert put it simply: "WASHINGTON (AP) – Donald Trump elected president of the United States."

The guiding question for AP in calling a race is this: "Can the trailing candidates catch the leader? Only when the answer is an unquestionable 'no' is the race ready to be called."

NPR will also give as much context as possible as to how these calls are made, particularly when we are in the heat of the moment on election night with a lot of information coming in.

AP is analyzing the overall vote count and weighing other factors such as demographics, historical patterns of how states or individual counties have voted and data about early voting. Given the partisan splits in voting behavior this year, with Democrats voting more heavily ahead of time and Republicans expected to turn out more heavily on Election Day, this data may be key as the results are reported.

The AP will also have information on voter preferences from AP VoteCast, a massive survey that has replaced traditional exit polls for the AP, NPR and other outlets. But that survey is never the only factor in calling a race.

There are occasions when the AP will call races as soon as the polls close in a particular place. That is based on two major factors: a history of wide margins for one party or candidate, confirmed by AP VoteCast data that the pattern has held up. The AP says it is "applying the same standard of absolute assurance to a race call made at poll close as we do all others."

Too close to call? As of 2019, the AP made "too close to call" an official designation for some races. Until an uncalled race is officially designated as such, NPR will say that it is "too early to call."

How much of the vote is in? For major statewide races, NPR is scrapping the traditional measure of precincts reporting in our results. That measure can easily distort how much of the vote has been counted, because of how early ballots, late-arriving mail-in ballots or other variables factor into the count.

We will refer instead to a percentage the AP provides of the estimated overall total ballots being cast in a particular state, based on turnout in recent elections and information about early-vote totals, among other information.

The exact number of ballots being cast won't be known until all of the votes are counted, so there may be some small fluctuations in this estimate as the number progresses toward 100%.

Races below the statewide contests for president, U.S. Senate and governor (such as U.S. House contests) will not have this feature available and will show up in our results with the percentage of precincts reporting.

You can read more about the AP's process for counting votes and calling races on its website.