Imagine if 2020 was your first time voting in a presidential election, amidst a pandemic and unusually high political tension. Young people between the ages of 18 and 34 made up more than a quarter of Colorado’s voters this year.

These three first-time voters — freshman students at Colorado College in Colorado Springs — shared their feelings about 2020's historic and unprecedented election and their role in it.

“It was honestly a life-changing experience,” said Lindsey Gulau of Fort Collins, “because I’ve always watched the election and known I didn’t really have a say. So it was really exciting to watch this and know it was me and my peers who were making that happen.”

She dropped off her ballot — a vote for Biden — while she was in her hometown on school break. She hopes her vote will move the country in a more progressive direction.

“Because it’s so close right now, it’s kind of nerve-racking but it’s kind of exciting that it’s so close,” she said. “I’m definitely on the edge of my seat and it’s hard to not know when you’re gonna know if that makes sense.”

Voting was easy for him, but watching the returns, he said, made him nervous.

“Now this morning I’m feeling optimistic about the mail-in votes that have not been fully counted yet,” he said.”

Sangay Mingyur’s family is from Nepal and he grew up in New York. But his family lives in Boulder now. He went home a few weeks ago to drop off his ballot. He wants to see more money go to education.

Mingyur was disturbed that the president claimed victory prematurely.

“He should respect the process and it’s not over yet until all the votes have been counted,” Mingyur said.

Stewart's family members voted for President Donald Trump in 2016 but changed allegiances this year because of how he handled the coronavirus.

“It’s making me realize how far we’ve come in our family with our political ideology,” she said.

She is most recently from Arizona but she grew up in Pennsylvania. Both were swing states this year. As for Stewart, she says she would have liked to vote for a third party. But, because of the worsening pandemic, she wanted to use her leverage to try to unseat the president. 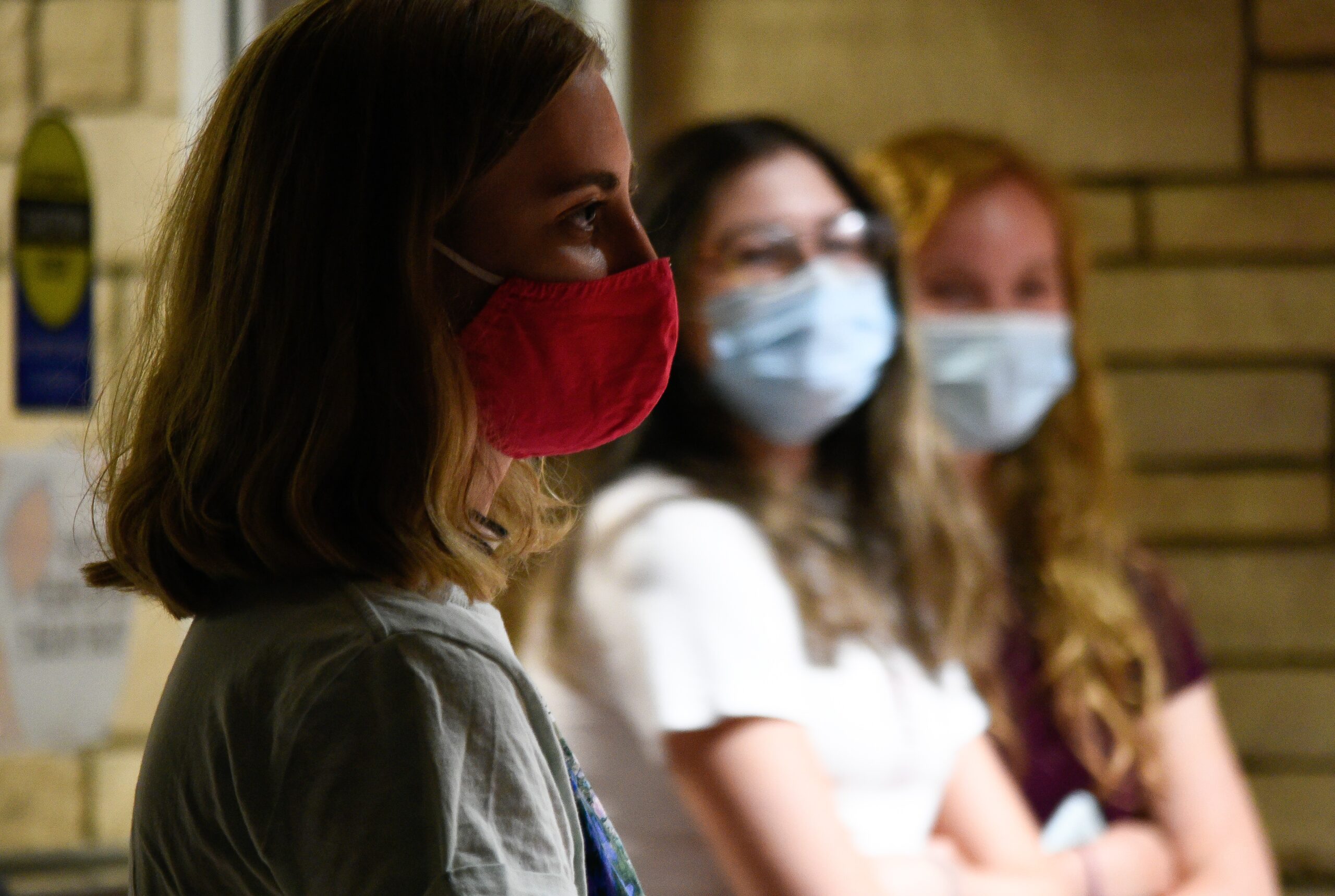 Bryan OllerEve Stewart (left) is a freshman at Colorado College

“The excitement of voting for Biden was that perhaps scientists would be given baseline credibility and respect,” she said. “That’s something I didn’t ever think would be a question in politics but has apparently become one.”

She’s feeling a bit anxious as she waits for the final results but she’s hopeful about the impact of the youth vote.

“We’re often painted as really apathetic but at this point, apathy has turned into anger,” she said. “And I think that anger is a really powerful thing.”

Colorado College holds the license for KRCC in Colorado Springs, which is a part of Colorado Public Radio.