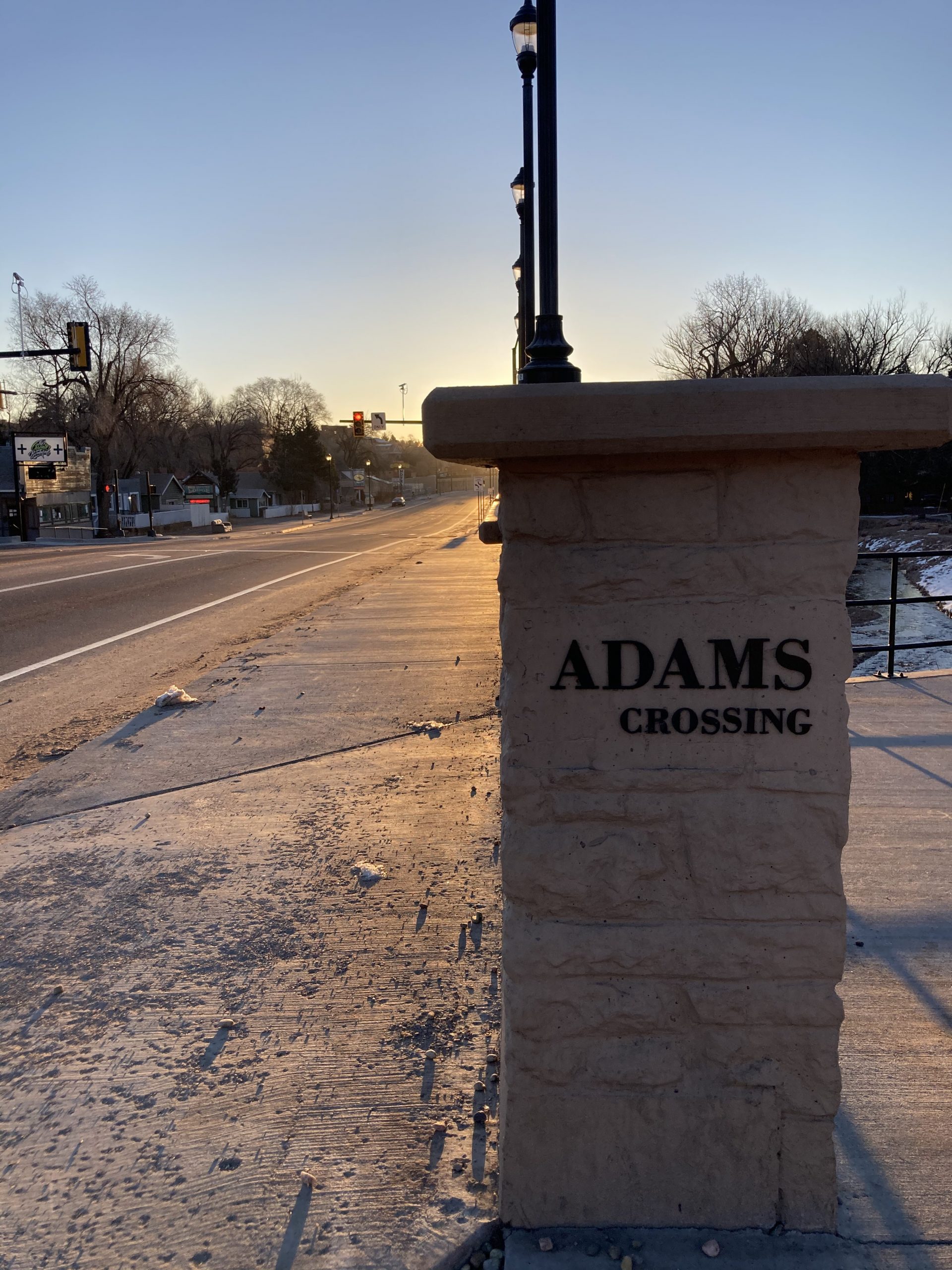 The following is part of KRCC's 'Peak Past' essay series.

Glance east while driving I-25 alongside downtown Colorado Springs. You’ll see a giant, white, sleek, futuristic bridge that’ll soon open to carry pedestrians over the railroad tracks to the U.S. Olympic & Paralympic Museum. But I want you to look a little west, at a just-as-sexy bridge (yeah, I said it—these bridges are sexy).

The bridge at Adams Crossing is on Colorado Avenue between Colorado Springs and Manitou Springs, just before the green archway announcing entry into Manitou.

It’s relatively new. It's still got that new-bridge smell. And this isn’t just some fancier concrete.

There’s a story here. A good one.

According to local historians at the Old Colorado City Historical Society, the place where the new bridge crosses over Fountain Creek was known as “Adams Crossing” for over a century.

This is in honor of Charles Adams, who lived there  and was one of our region’s most remarkable citizens. A German immigrant, he was wounded in the Civil War—shot in the lungs at the Battle of the Wilderness, made an honorary general in the Colorado Militia after the war, investigated a famous case of cannibalism in Colorado, befriended Ute Chief Ouray and his wife Chipeta, was the American Ambassador to Bolivia from 1880-1882, served on the Manitou Mineral Water Company’s board of directors, and he’s buried at Crystal Valley Cemetery in Manitou Springs.

What a guy, what a person, what a presence.

A presence that, if you go at just the right time of day, that crepuscular time of day, sunrise or sunset, you’ll feel the spirit of Charles Adams in the air, happy, at his Crossing and our new bridge over Fountain Creek.

Until our next mountainside chat—be good, be well, and no matter what, climb on.