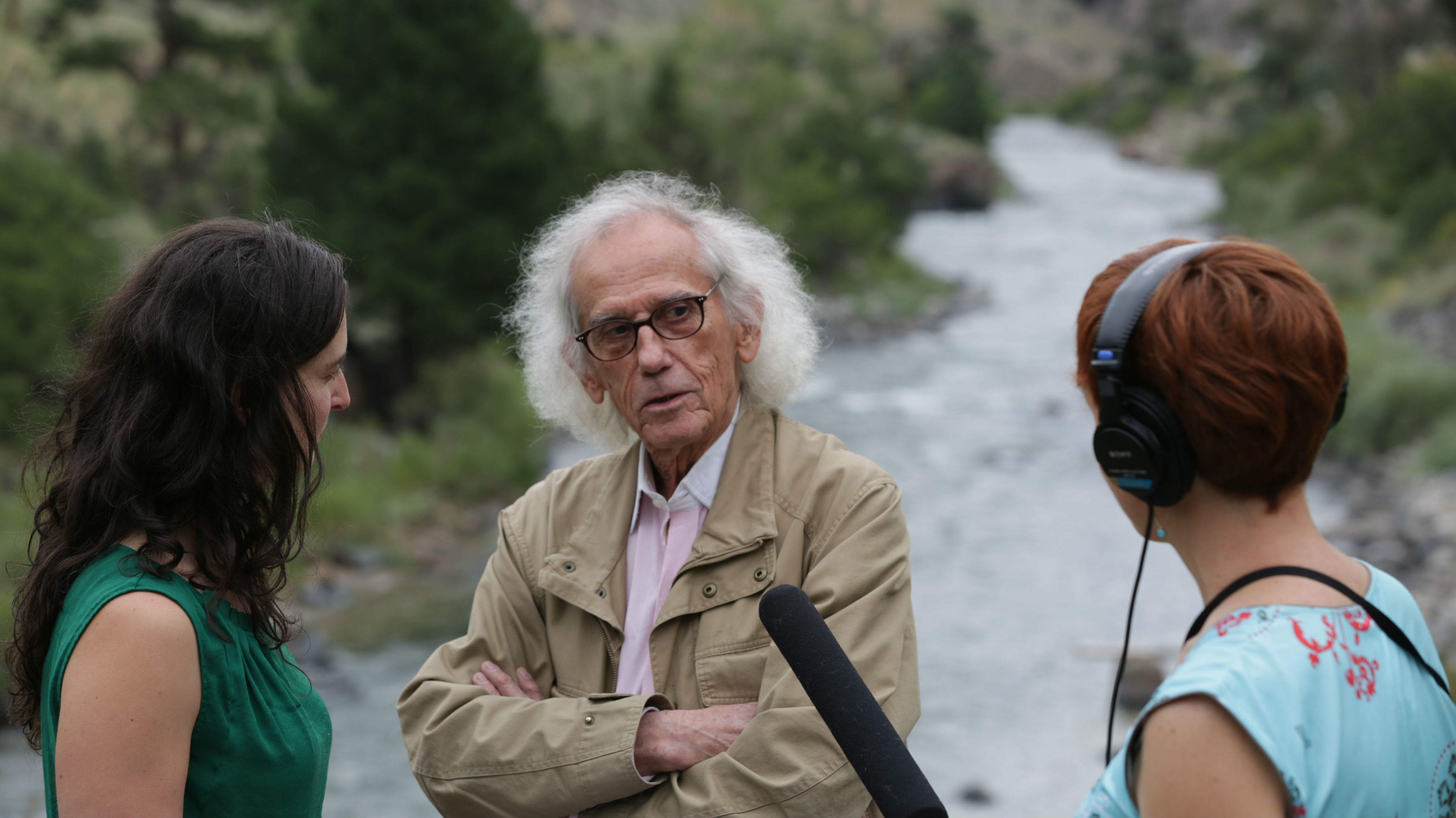 (Photo: CPR/Michael Hughes)Late this summer, the world-renowned artist Christo rafted down the Arkansas River outside of Salida.  The bushy white-haired 79-year-old  practically beamed as the raft slid into a rapid. This river - one of the most rafted in the U.S. - is where Christo’s been trying for years to suspend heavy duty silver fabric from bank to bank. He imagines the fabric and the light will merge to turn the landscape into art.

"From intimate morning light when the fabric - because the fabric is like a mural -  it becomes pinkish in the morning with the rising of the sun. In the middle of the day, we’re platinum and in the afternoon we have total golden fabric," explains Christo about his Over the River project.

Christo's been working on this installation for 22 years.  Plenty of people in the area oppose it. They think it will disrupt wildlife and create traffic nightmares along the highway and on the river.

For a project that takes this long, Christo makes repeated trips to Colorado to give talks and put the installation back into people’s minds.

CPR's arts team caught up with Christo on his most recent trip to Colorado. He’s still waiting for a permit and there’s still a citizen’s lawsuit aimed at shutting it down.

Standing along the banks of the Arkansas River, Christo talks about how he and his late wife, Jeanne-Claude, got the idea in the first place.

He says it came from an installation years earlier where the couple was wrapping a Paris bridge in fabric. "The sun was passing through the fabric and the fabric was moving in the wind above the river Seine. That was in 1985 and we didn’t have the slightest idea until 1992 when that image came (back) into our head."
The couple thought about trying to do something with massive fabric in a remote place. In the 1970s, Jeanne-Claude and Christo stretched an enormous orange curtain across a valley near Rifle, Colorado. In the early 1990s, they set out to find a wild river -- but not too wild. It had to be accessible, and it needed to run west-to-east to capture the morning and afternoon light.
They chose the Arkansas River and that set in motion many years of trying to get permission. No one can say how much longer it will take. The installation alone will take three years if the project gets approved. Every one of his projects hits long delays though, and Christo says they are just as important as the art itself.
“Imagine what gratification I have that we have so much writing about the work of art who do not exist," laughs Christo. "Already we have 4,000 pages of writing for the work of art that do not exist."

There's a youthful enthusiasm about Christo as continues to work not only on "Over the River" but another project in the United Arab Emirates. It’s called the Mastaba and once completed in Abu Dhabi, it would be the largest sculpture in the world made of hundreds of thousands of multi-colored barrels. It’s an idea that Christo and the late Jeanne-Claude developed in 1977.