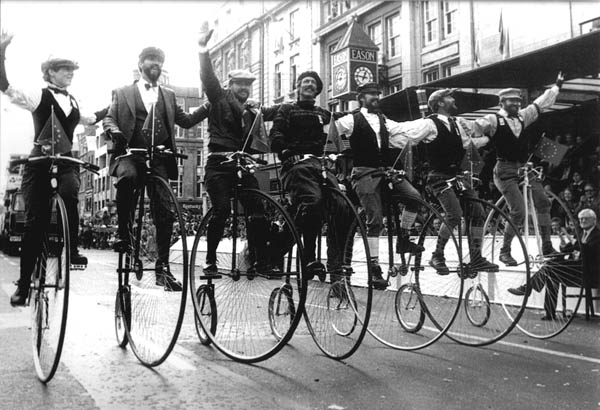 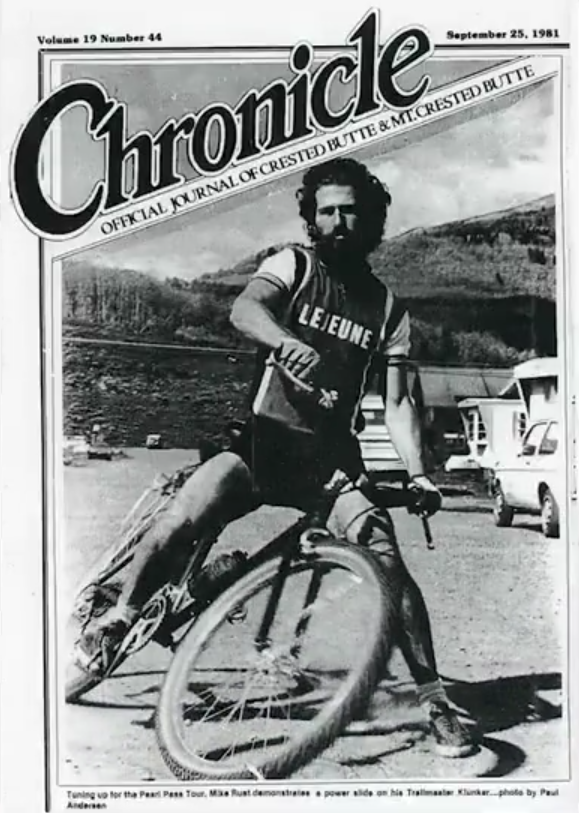 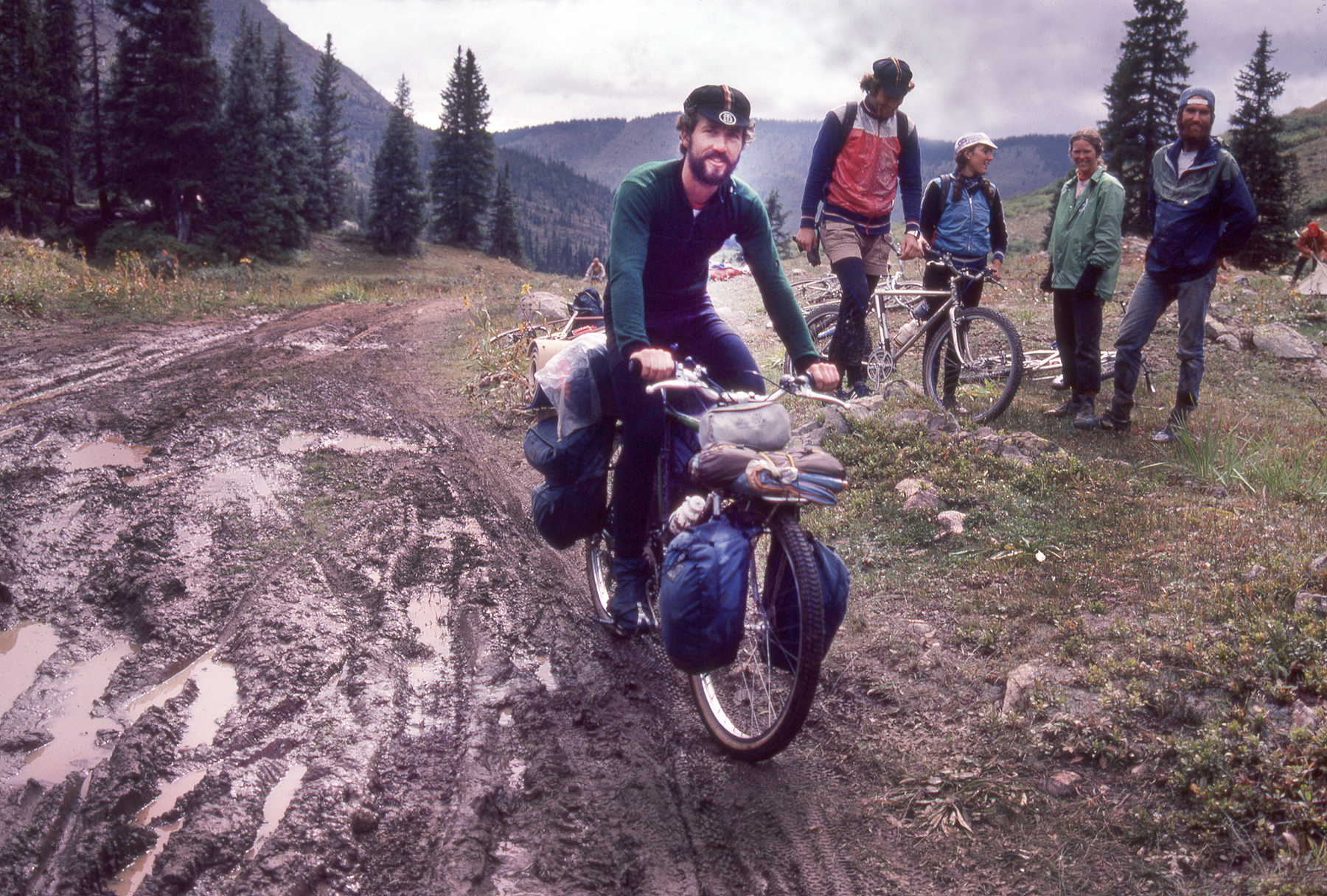 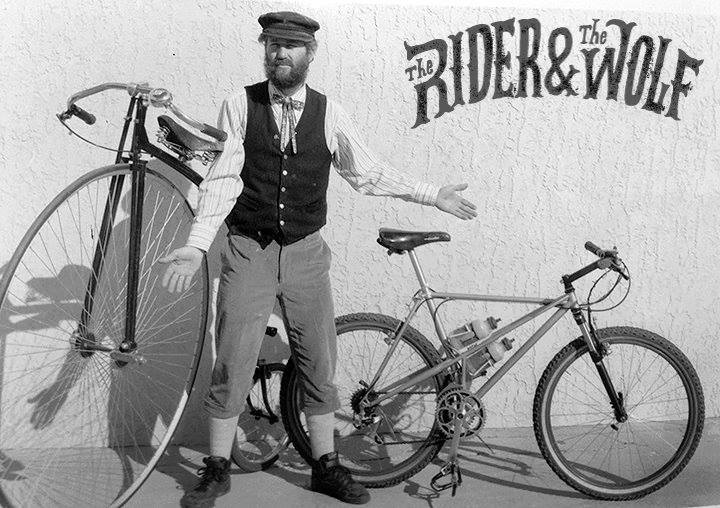 Courtesy of Grit and Thistle Film Company Mike Rust with his ordinary (aka hi-wheeler, aka pennyfarthing) and his Shorty 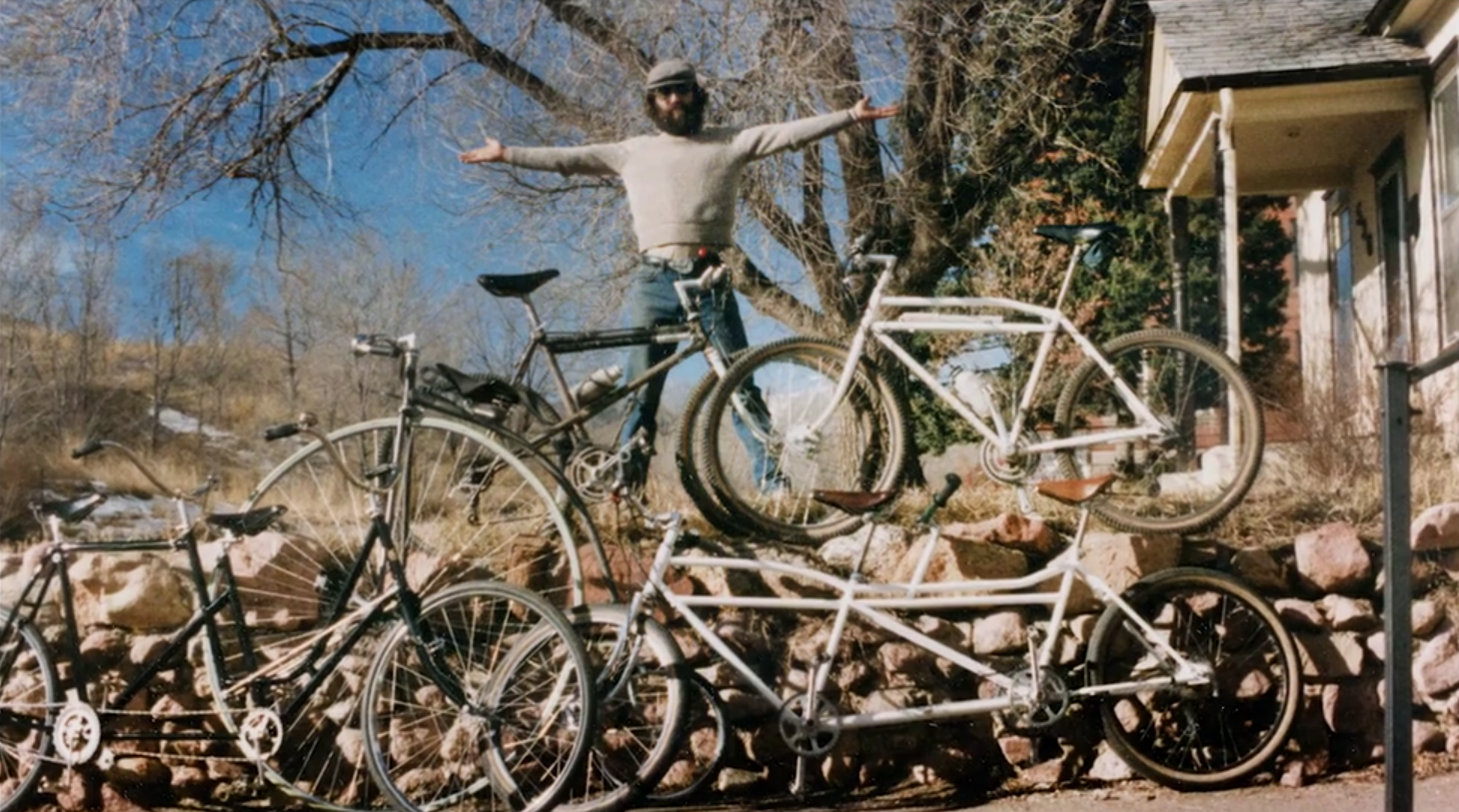 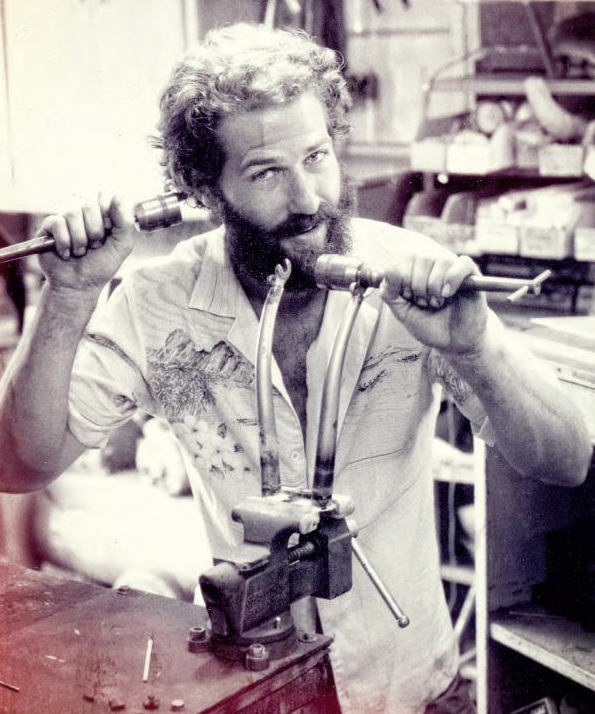 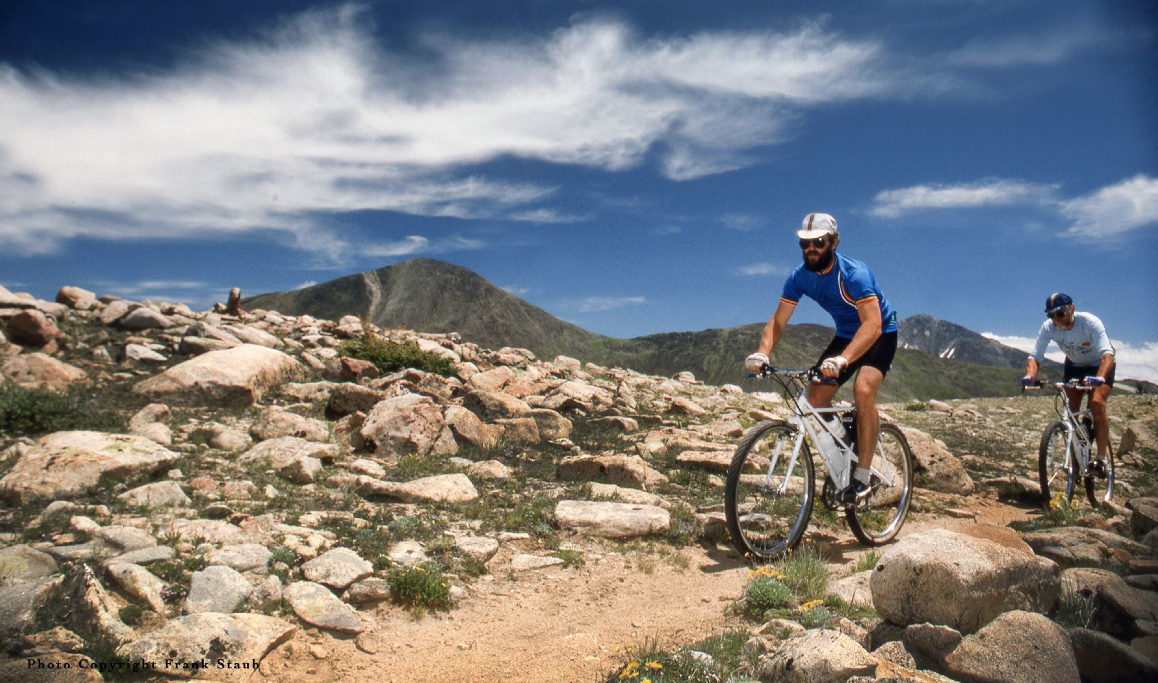 Screen Grab from THE RIDER AND THE WOLF by Grit and Thistle Film Company Mike Rust and the makeshift shelter he lived in while building his home by hand, ca. 1995 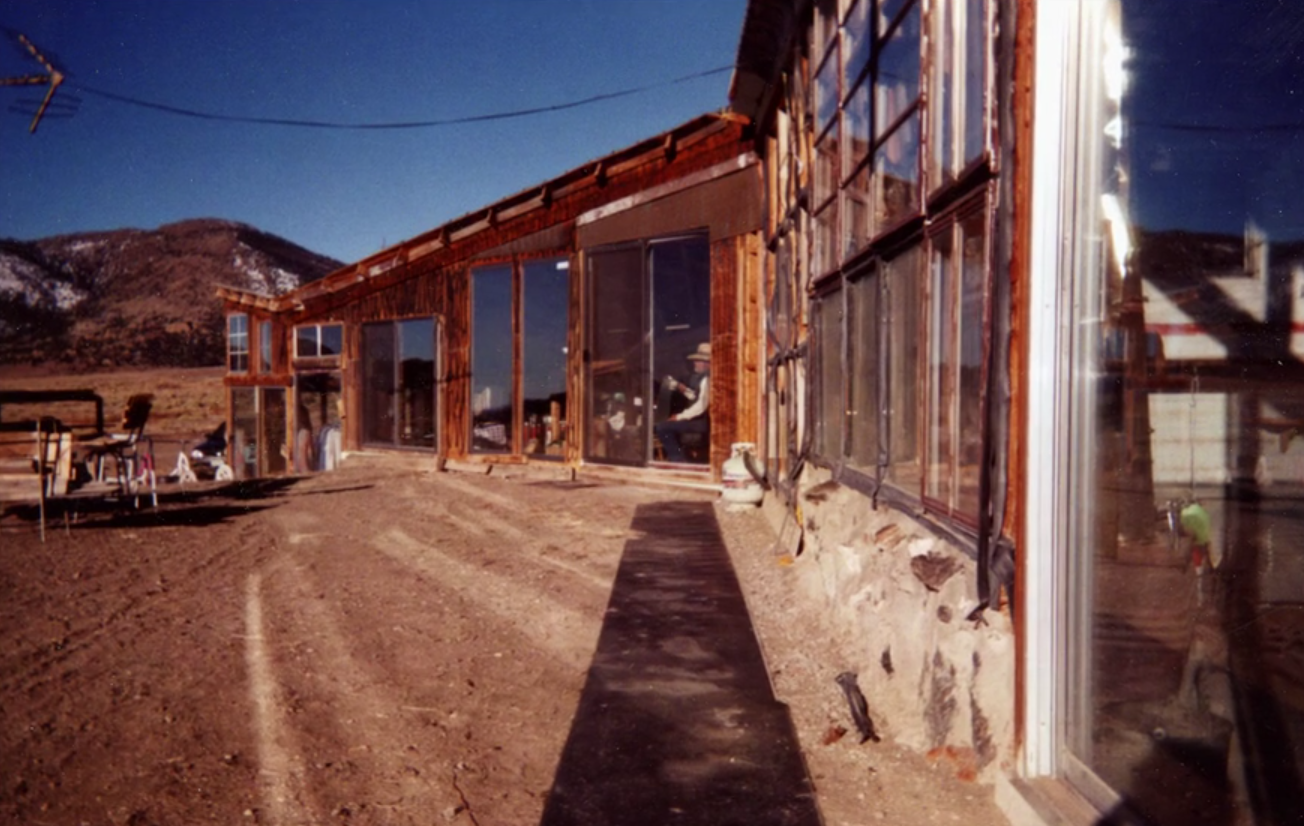 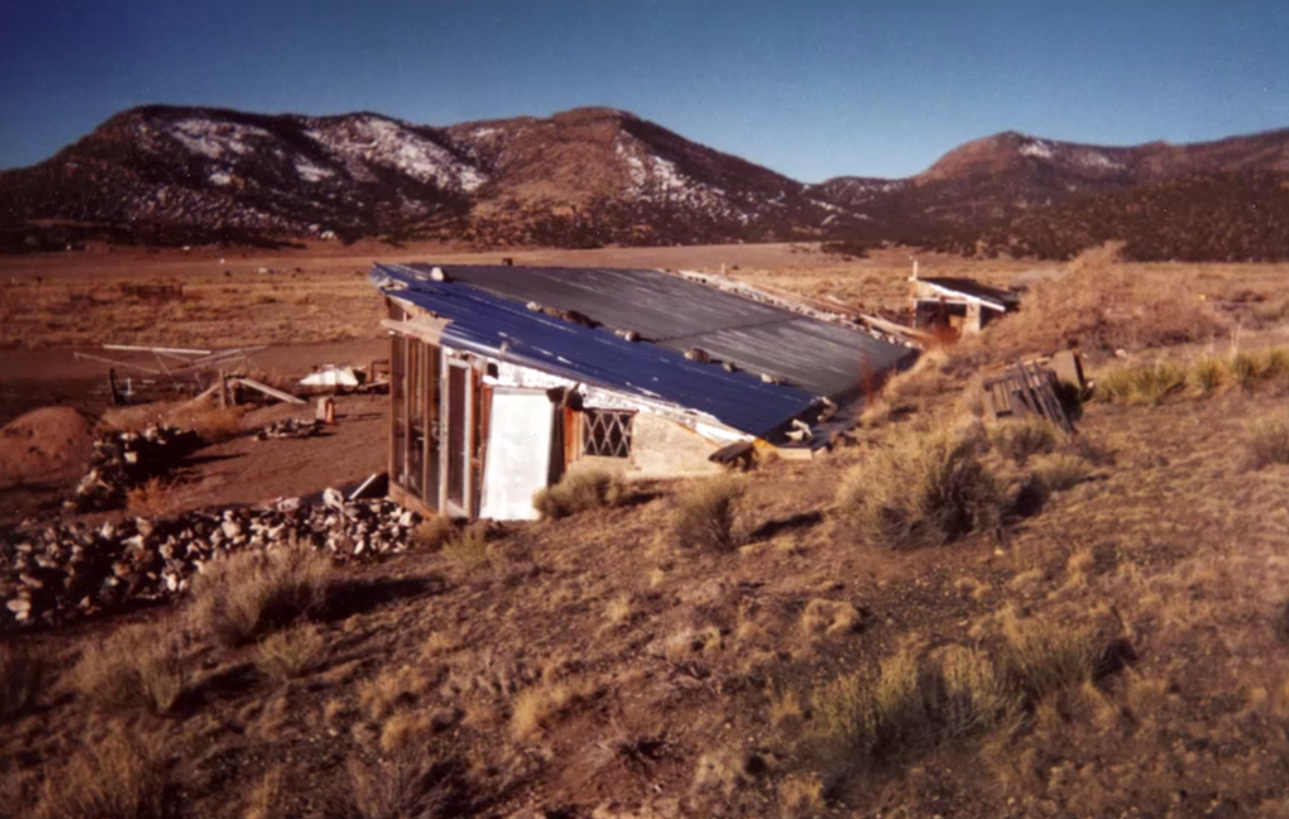 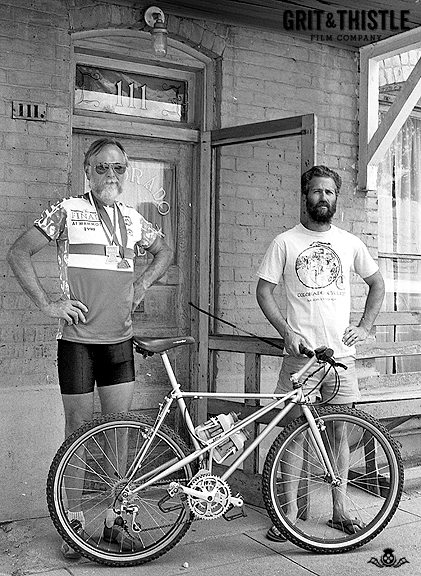 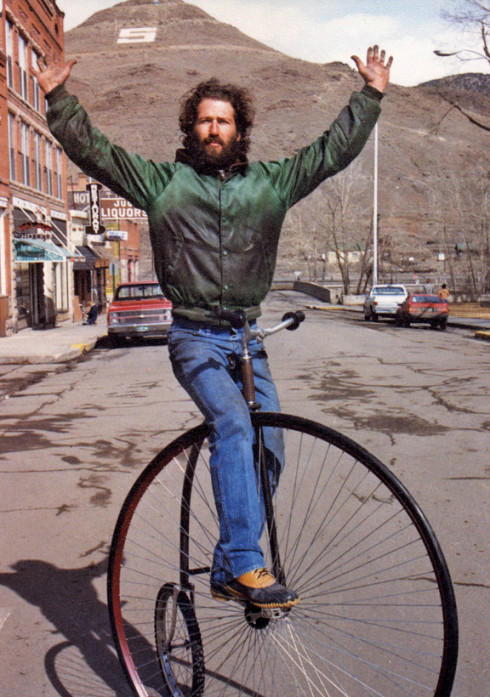 UPDATE: On Monday, 4/25/16, the Colorado Bureau of Investigation officially confirmed that the remains found in January in Saguache County were those of Mike Rust. An investigation into Rust's death is ongoing. Stay tuned to KRCC for more information.

On this special episode of Wish We Were Here: Tales and Investigations from the Shadows of America's Mountain, we worked with Nathan Ward at Grit and Thistle Film Company to produce an audio version of last year's documentary The Rider and the Wolf about the life and disappearance of Hall-of-Fame mountain biker Mike Rust. Rust went missing from his home in Colorado's remote San Luis Valley on March 31, 2009. On January 8, 2016, the remains of a body that may be Mike Rust's were discovered after a tip came in to the Saguache County Sheriff's Department.

If you're interested in setting up a screening of the documentary, or if you want to buy a copy of the DVD, click HERE.

Many thanks to Nathan Ward, Grit and Thistle Film Company, and to the family of Mike Rust.

Wish We Were Here is also available as a podcast on iTunes, and on Soundcloud,PRX, and Stitcher.