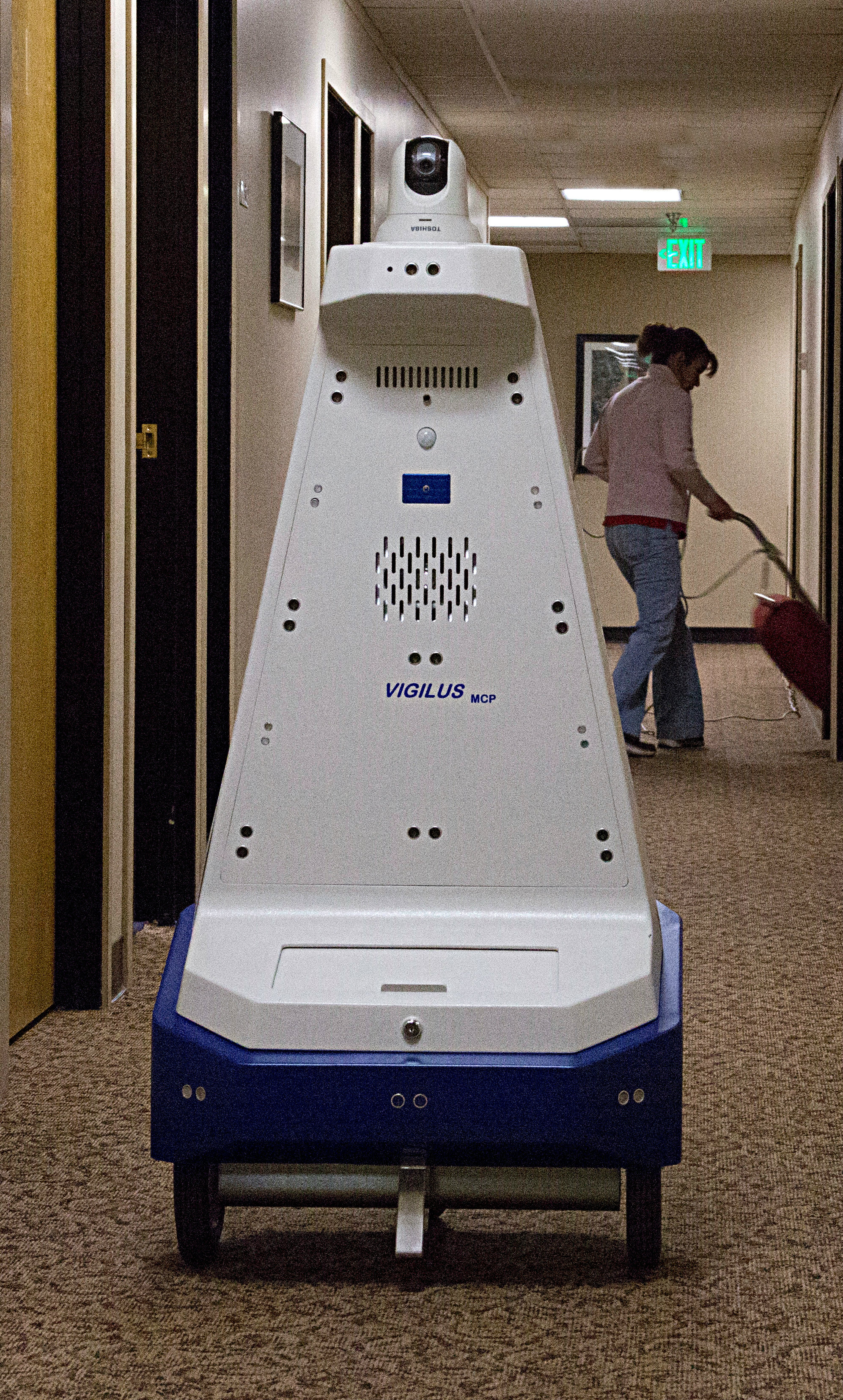 (Photo: Courtesy of Mark C. Vappi/Gamma 2 Robotics)Serious security concerns arose after a teenager snuck into the construction site at One World Trade Center in New York City last week and managed to scale scaffolding and hop elevators all the way to the top of America’s tallest building without being detected by security guards.

Jim Gunderson, President of Gamma 2 Robotics in Denver, Colo., said that security breach points out that humans don’t make the best watch guards. His company has developed a robotic security guard called the Vigilant to replace them.

Gunderson said there are many reasons that robots make better security guards than people. The biggest problem for humans is attention fatigue. It is exhausting, he said, for watchmen to pay close attention to details, hour after hour, when usually nothing is happening.

He said studies at Las Vegas casinos reveal that people monitoring security cameras start to lose focus after just 15 minutes. The security guard at One World Trade Center during this recent incident was – at a minimum – not paying attention and, according to some reports, was asleep.

Gunderson, who worked as a security guard in college before getting an advanced degree in computer science, isn’t surprised.

“It’s a hard job to do nothing without losing attention,” he said.

Robots, on the other hand, don't suffer from boredom.

Gunderson said robots also don't overlook small problems, such as the hole in the fence that the teenager slipped through. Humans tend to look for big changes and gloss over small ones, or they assume a small error like a hole in the fence is not significant, he said. Robots don’t debate the significance of a problem; they see it and report it.

Robots also don't suffer the effects of peer pressure, which can be a significant factor in criminal behavior, Gunderson said. The teen at One World Trade Center put on a hard hat and got on the elevator with other workers, and no one stopped to ask him if he was supposed to be there. Robots are not be embarrassed to ask for ID, Gunderson added.

Still, Gunderson admited that there is one major area where robots can't surpass humans: judgment. If a worker has identification but also a face mask and a gun, a human would surely know something was amiss, while a robot may not notice, Gunderson said. Gamma 2 Robotic's Vigilant robot is designed to be used with human oversight. The robot makes the rounds and reports what it finds; the humans make the judgments.