Retired air traffic controller Mike Coulter remembers that day — February 7, 1995. He worked in the tower for nine years during the 1980s and 90s before he finished his career at the then-new Denver International Airport. Coulter hadn’t been inside the tower since it closed — until now. 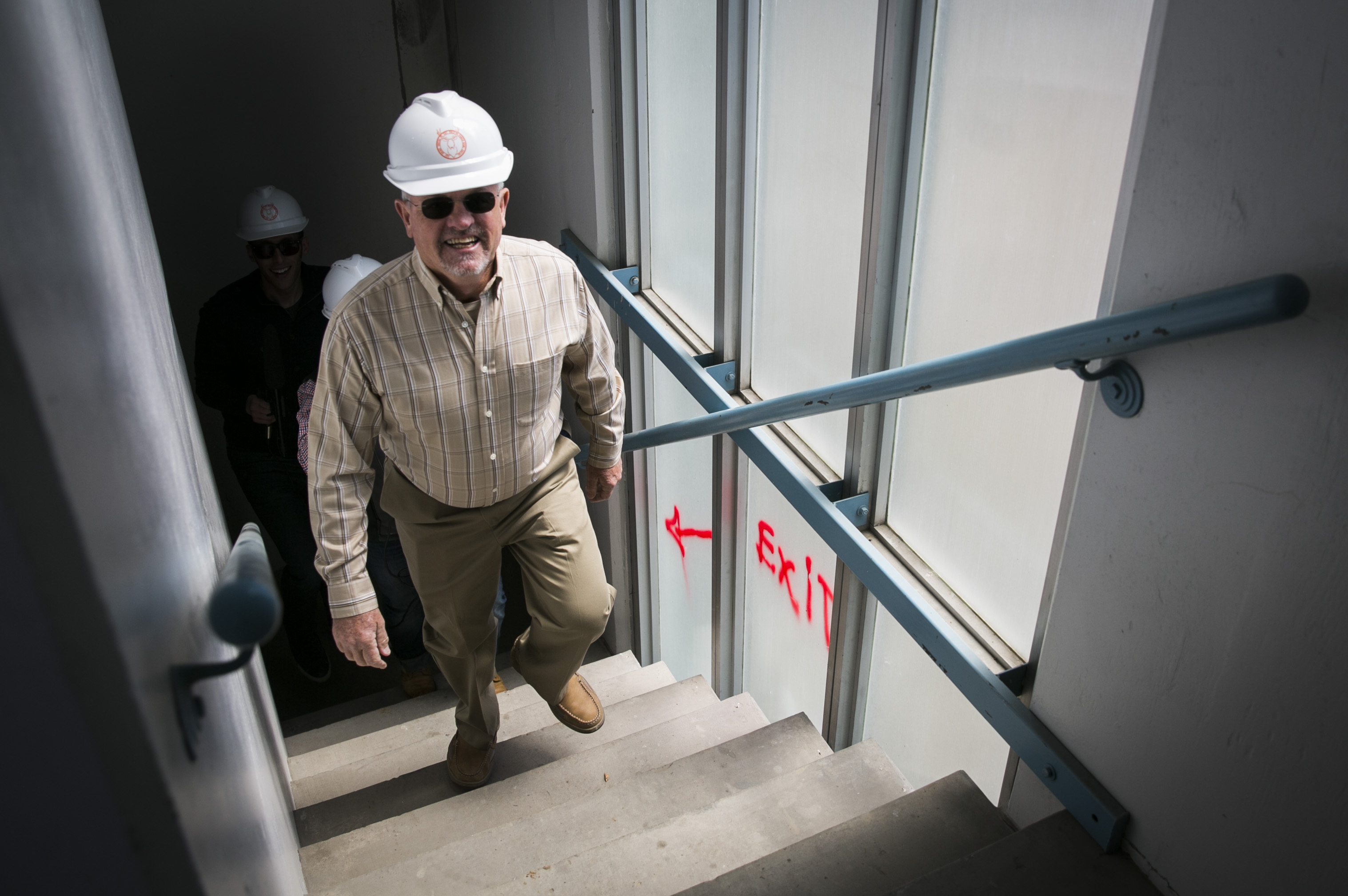 “It looks just like it did then,” Coulter said after huffing and puffing up the 12-story tower’s staircase  “Old, small, but it was home.”

The 800-square-foot observatory at the top of the tower is stripped to studs and concrete. But the views are breathtaking. 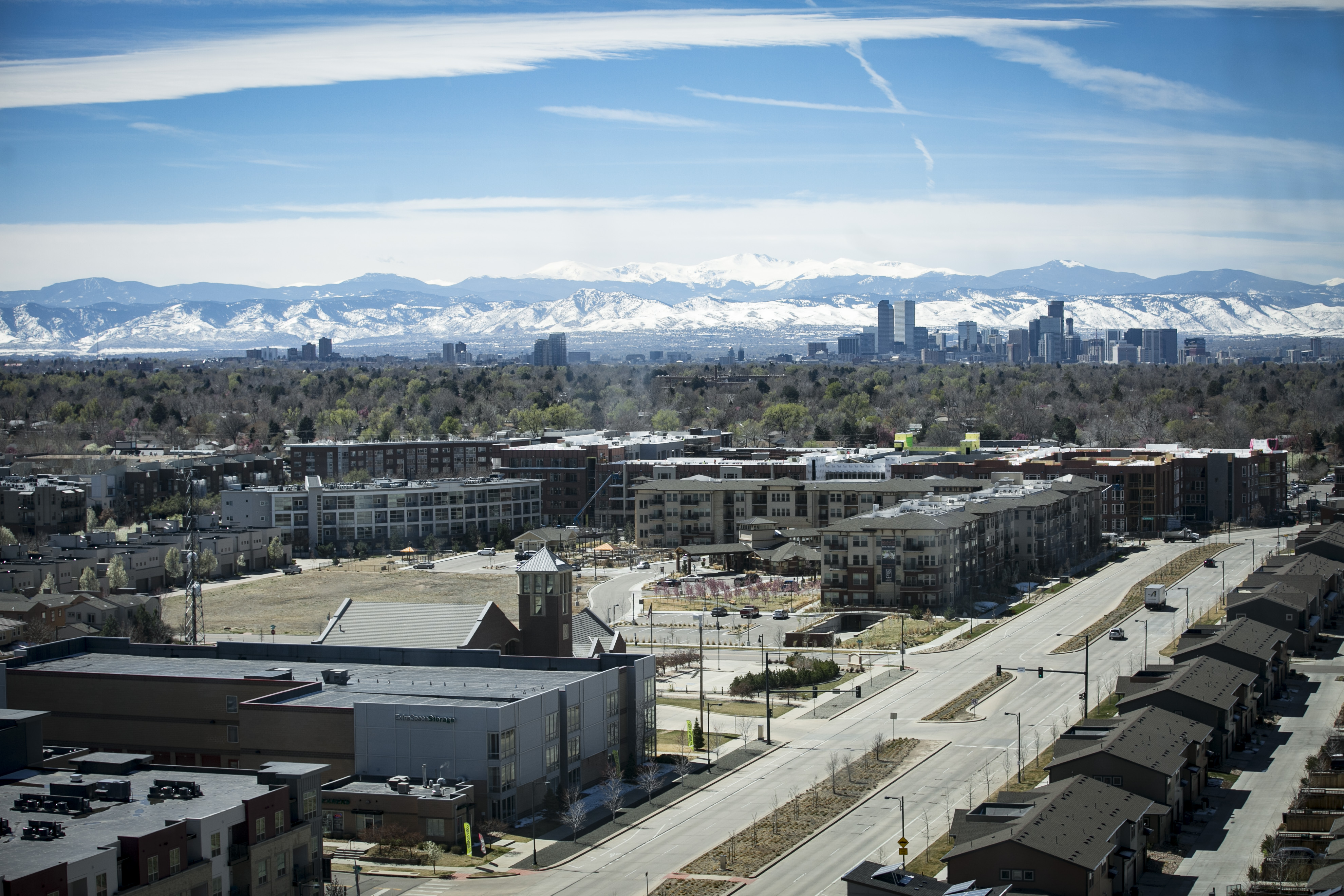 Memories still flood back to Coulter. He remembers exactly where everything was, from the radar instruments to his desk. He also remembers the 1993 visit by Pope John Paul II and President Bill Clinton for World Youth Day. He says the visit necessitated some “runway diplomacy.”

Coulter said had DIA opened on time, the flights and press conference would have taken place at DIA. The new airport was supposed to open in 1993, but delays pushed back the opening until 1995, so Stapleton had the honor.

Air Force One and and the Pope's airplane, an Alitalia 747 known as Shepherd One when his holiness was aboard, "were waiting for the other to leave. Neither of them knew which one needed to leave first,” he said. “Eventually the Pope did.” 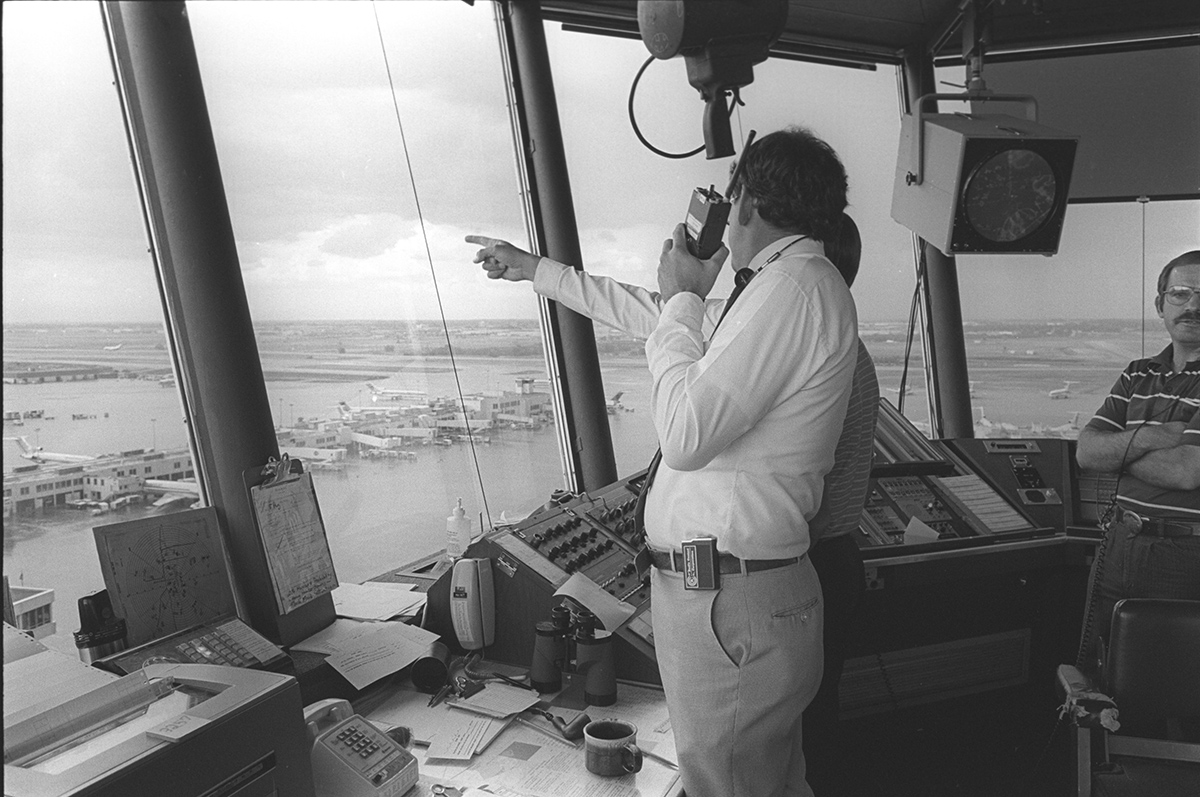 Despite the small size of the control tower, the frequent severe weather coming off the mountains, and its closeness to Denver, Coulter would choose to work at Stapleton over DIA any day.

“[Stapleton] wasn’t built for the amount of airplanes that landed and took off every day,” he said. “You had 1,800 or 2,000 airplanes taking off and landing in this small space. You had to adapt.”

The entire tower building has been gutted to make way for a new bar and restaurant: Punch Bowl Social Stapleton. Renovations are progressing for a late summer opening.

Robert Thompson, CEO of Punch Bowl Social, said he jumped at the chance to renovate a “Colorado icon” once city officials floated the idea.

“I would not recommend this to any business student, but I said 'yes' within about 15 seconds,” Thompson said. “We figured out the rest later.”

Thompson said no city funds were used on the Stapleton project, the capital came from his company. The restaurant will offer bowling, games, and cocktails plus local brews in a mid-century travel atmosphere inspired by the now-defunct Pan American World Airways.

But don’t expect to get up to the top of the tower anytime soon. Thompson said that for now, renovating that is too expensive.