How does a prison prepare for the arrival of known escape artist and Mexican drug kingpin, Joaquin "El Chapo" Guzman Loera?

For the ADX "Supermax" prison in Florence, Colo., former warden Robert Hood said administrators will likely stick to the a formula that's prevented any jailbreaks for 25 years.

For 23 hours out of the day, El Chapo would be in a soundproof, 7-by-12-foot cell. The bed, desk and stool are all made of poured cement. While most inmates are given a black-and white-television, it's behind a special kind of glass and can be restricted to show old, never live, programs. Their only actual view of the outside world is a 4-inch window. 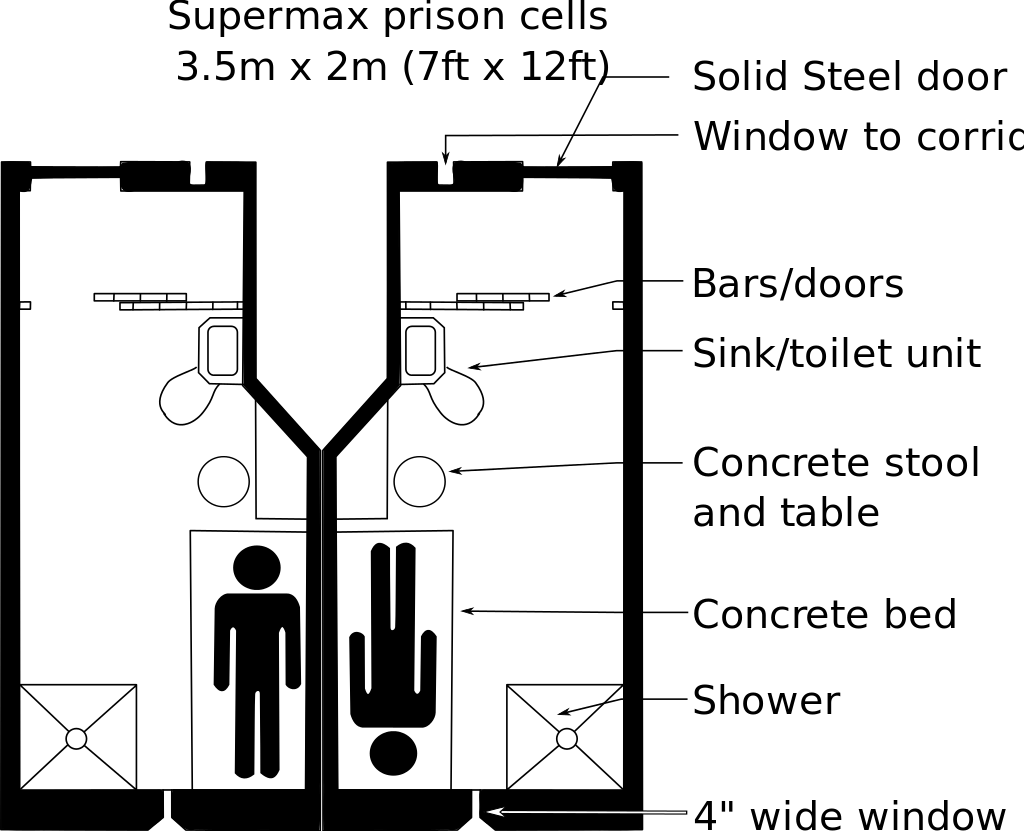 When El Chapo is sentenced in June, he's expected to receive life without parole. Former Supermax warden Hood believes there's no other prison better prepared for the drug lord than that in Colorado.

"When you look at El Chapo’s escape history, his violence, his access to funds and people, within the system it’s not even questioned," Hood said. "He will not go to a camp, he will not go to low-security or even a penitentiary. He will come to Colorado at the nation’s most high-security prison."

If El Chapo goes to the "Alcatraz of the Rockies," he'd join a roster of several hundred notorious criminals. Both the Unabomer Ted Kaczynski and Boston Marathon bomber Dzhokhar Tsarnaev are held in Supermax, as well as scores of Aryan Brotherhood members and Al Qaeda operatives.

Supermax is just one of four high-security prisons on the 600-acre complex 40 minutes outside of Pueblo. While the thousands of other federal inmates at the lower-tier sites can attend school, church or work, freedom is almost nonexistent at Supermax.

"To come to the Supermax is totally different," Hood said.

While the gun towers, razor wire and heavily armed patrol guards surrounding the prison complex's exterior are vital, Hood said it's the tightly run operation that makes the difference.

"It’s the internal procedures and the staff that make it," Hood said. "When you look at the procedures that most prisons can’t afford, that's why this is the Alcatraz of the Rockies, that’s why this is a place we send the worst of the worst in the federal system."

Bribery and inside sources played a major role in two of El Chapo's sensational escapes from high-security Mexican prisons.

"There had to be collusion from within," said Mike Vigil, a former U.S. Drug Enforcement Administration agent who worked undercover in Mexico, to The Associated Press. "There is no doubt corruption played a role in both of his spectacular escapes."

In a 2015 escape, El Chapo communicated with accomplices for weeks via cellphone, slipped into an escape hatch beneath his shower, hopped on the back of a waiting motorcycle and sped through a mile-long, hand-dug tunnel to freedom. And in 2001, Guzman was smuggled out in a laundry basket.

To help prevent those kind of abetted jailbreaks, officers at Supermax  "are very carefully selected," Hood said, and practice situations ranging from hostage negotiations to outside assaults. Staff would be restricted from El Chapo's area, and any interactions would be monitored by video and audio.

"There’s an abundance of caution with an inmate like this," Hood said.