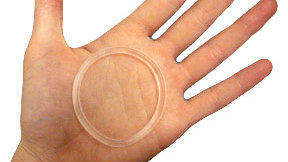 (Photo: Courtesy of Sakky)After the death of a Colorado woman, questions posed about dangers of birth control methods

Karen and Rick Langhart are on a quest to make sure women know the risks of a birth control method they claim killed their daughter. For many years, the Langharts ran a popular restaurant in Durango. Soon after they retired, their daughter, Erika, suffered blood clots and died. Like thousands of other families, the Langharts are now suing Merck, the maker of the controversial product, NuvaRing. They’re turning down their portion of a $100 million dollar settlement offer, to be split among more than 3,000 families. Most of the victims did not die, but suffered injuries and complications. We'll also talk with a Colorado physician about the risks of hormonal birth control.

Colorado Matters returns to Fridays at 10 and 7

Since expanding to an hour-long show at the end of October, Colorado Matters has been on the air Monday through Thursday. This week, we go back on the air for half an hour on Fridays. We’ll be followed by a new weekly arts show from CPR’s new Arts & Culture desk, with editor Chloe Veltman hosting.

More of the week's highlights

We preview the 2014/2015 season of the CSO (geeks wanted) and talk with a Coloradan who originated the role of Elvis Presley in the Broadway production of “Million Dollar Quartet.” The touring production is now at the Buell Theater in Denver. Later in the week -- Colorado is well represented at the Paralympics; we’ll have a preview of the Sochi Games and a conversation with a veteran who says skiing saved him.