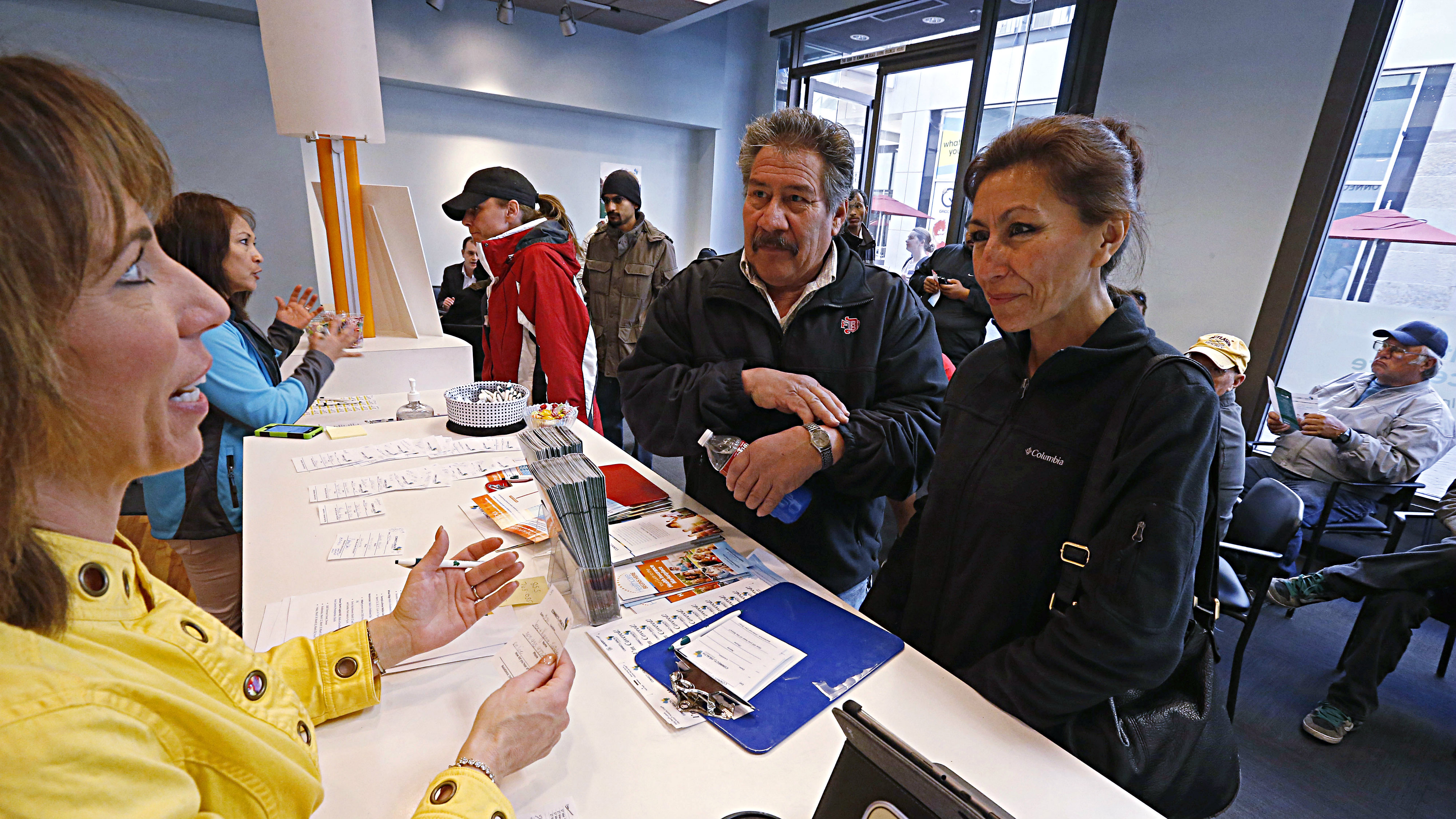 (AP Photo/Brennan Linsley)The big jump in the number of Coloradans with health insurance isn't causing an increase on the price of insurance. Insurance companies are keeping rates mostly stable for now.

If a lot of newly-insured Coloradans used a lot of health care in 2014, that could cause insurance companies to raise rates for next year.

"Our proposed rates are projected to come down by 10% on average," Hutchins said.

But 2014 is barely half-over, and there are still a lot of unknowns about the newly-insured, as well as the tens of thousands expected to get new coverage in 2015.

Steve ErkenBrak with Rocky Mountain Health Plans says it's too early to adjust his company's rates much yet.

"What we will see is the possibility of no price increases for our members," he said.

Some companies are proposing significant rate increases next year.

Double-digit price increases have been the norm for years. 2015 rates are still pending, regulators will approve or deny them in September.