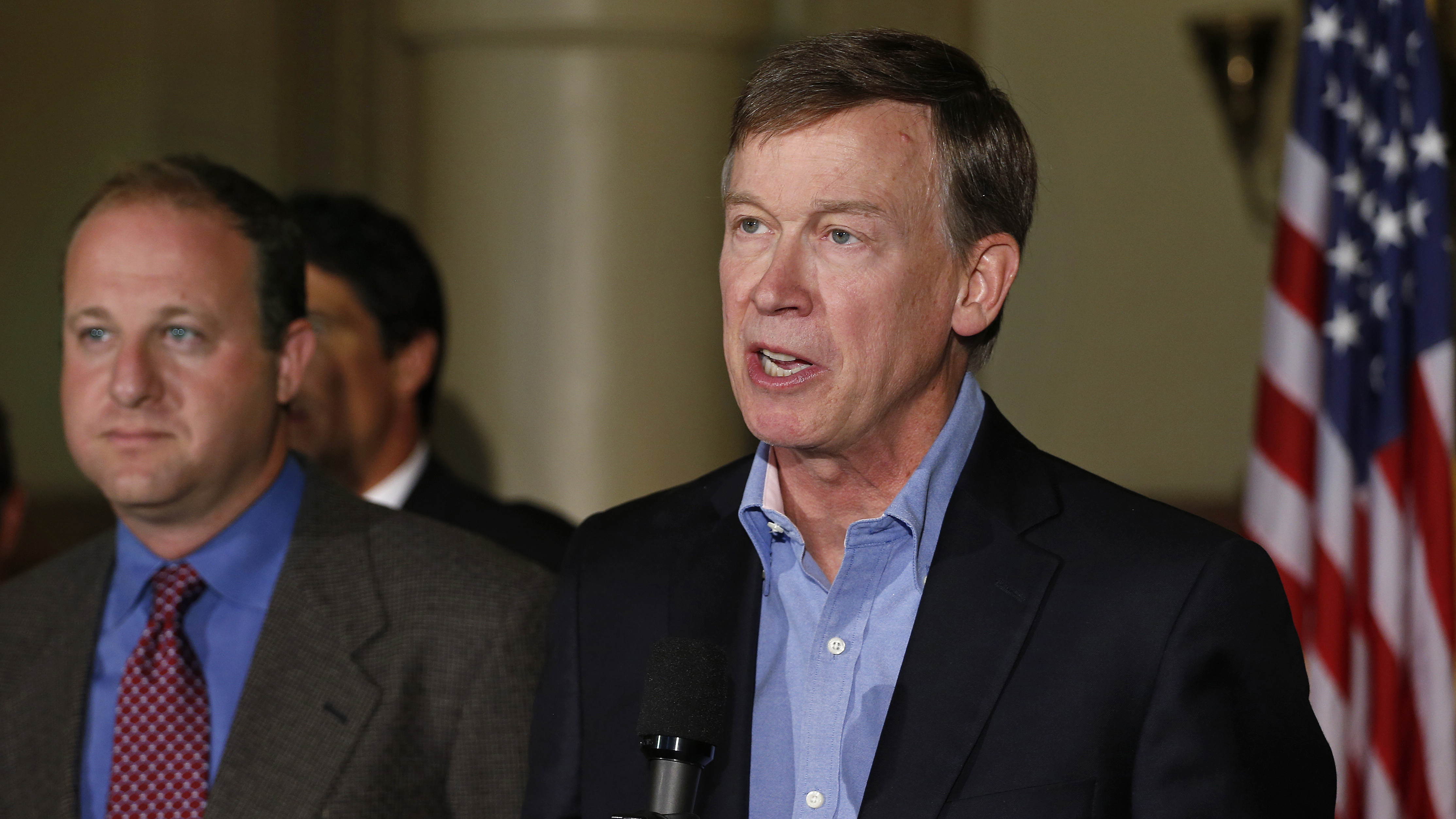 (AP Photo/Brennan Linsley)A former Colorado Secretary of State, an ex-Speaker of the House and a host of business leaders are some of the Coloradans named to an oil and gas task force that's been formed to make recommendations to the Legislature aimed at minimizing land-use conflicts.

The 21-member task force includes representatives from the oil and gas industry, ag industry, local governments and civic leaders. It was created as part of a compromise that killed four ballot measures related to oil and gas drilling.  The group will start meeting soon and will make recommendations in March 2015, according to a press release from the governor's office.

“We are confident that the task force members we have assembled to take on these critically important issues for our state are exactly the right group to ensure that Colorado’s economy and environment remain healthy and robust," Gov. John Hickenlooper said in a statement. "We are grateful to all of these board members for their willingness to work together to help find the right solution for Colorado. And we are grateful to the many applicants who submitted their names for consideration.”

One of the community representatives named to the group says she will attend meetings with an open mind.

“If we can go in and just be honest about our own issues and concerns and hopes, but also be respectful and not see people through a stereotypical lens, I think we will do a lot better,” said Sara Barwinski of Greeley. She applied to be a part of the task force after a fracking site was set up 750 feet from her home this summer.
U.S. Rep. Jared Polis, who's support of the compromise was key, echoed Barwinski's hopes for cooperation.
"I am hopeful that parties on all sides of this debate will support this commissions work and that its recommendations will lead to greater protections for homeowners and Colorado families across the state,” Polis said in a statement.

Here's the list of task force members, not including two co-chairs: