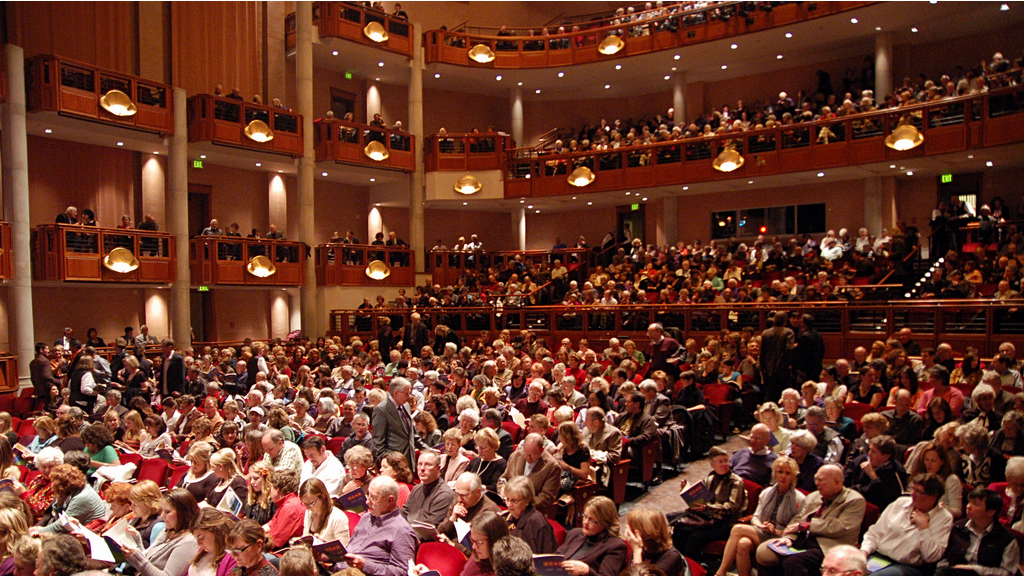 (Photo: Courtesy of Gwen Phillips/Newman Center for the Performing Arts)When purchasing a ticket to an arts event, Brandon Boldt says he prefers to have some connection to the artist.

That’s what motivated the 27-year-old brewmaster to drive from Lafayette to attend a concert last weekend at University of Denver’s Newman Center for the Performing Arts by the Manhattan-based jazz ensemble Hot Sardines: Boldt is a close friend of the band’s percussionist.

“Given the finite amount of time and money we have, it makes the most sense to invest in what we know rather than take a gamble,” Boldt says.

How open are you to new arts experiences? Take our survey to help us paint a clearer picture of Denver audiences' appetite for cultural risk.

According to a new study commissioned by the Newman Center, Boldt isn’t alone.

If given the choice between a performance featuring recognizable artists or works versus more obscure performers and material, 70 percent of the center’s ticket buyers say they would pick familiarity -- “the safer option” that they know they will enjoy -- over taking a risk on something new.

Yet the study also shows a competing trend: A significant percentage of the Newman Center’s audience members -- particularly subscribers, and theater and dance fans -- showed a higher risk tolerance for new and experimental work.

For example, 53 percent of Newman Center subscribers reported a “big appetite” for new works by living choreographers or artists.

“There’s risk associated with seeing things you haven’t seen before,” arts researcher and management consultant Alan Brown says. “But many arts groups have built up a high level of trust amongst their audience members, such that they will attend shows by artists that they’ve never heard of or by artists that they probably would never choose for themselves.”

Brown heads the San Francisco-based consulting firm WolfBrown, and the Newman Center hired him to lead the study on audience attitudes and preferences towards cultural experiences.

The arts advisor has been investigating audience behavior and trends at university cultural institutions and within the broader arts landscape over the past 10 years.

The Newman Center’s goal in commissioning the research was to understand if its mission aligned with the community’s wants and needs.

“We’re in a position to put together a season each year that includes an element, maybe even a significant element, of new artists and new works,” Newman Center executive director Stephen Seifert says. “So understanding our audience from that point of view was an important thing to do.”

For the study, Brown used focus groups and an extensive survey to measure audience members’ openness to risk, or “adventurousness.”

Brown says looking at what impacts people’s decisions about what arts events to attend is complicated. Factors like calendar availability, loyalty to a presenter or arts organization, venue, cost, type of art form and name recognition can all play a role in audience members’ ticket-buying process.

“Some consumers prefer to see art they know and love,” Brown says. “I mean, how do you explain ‘Nutcracker’? Why do people see Beethoven’s symphonies over and over again?”

Seifert says his organization is now looking at its ideas around audience development in a more nuanced way.

“The biggest ‘ah-ha’ moment for me was that this concept of the audience is a complex thing,” Seifert says. “We have multiple audiences, in some respects. We’ll be chewing on this for a long time, but it has already affected how we will be shopping for artists for future seasons.”

Because the surveyed audience showed a strong interest in interdisciplinary works, Seifert says he plans to present performances that bring together different art forms down the road. Additionally, since dance audiences expressed a preference for new works, he hopes to bring in more contemporary dance artists and troupes who have not performed in Denver before.

While the study focuses specifically on university-based presenters, Brown says his findings can be applied to arts organizations more generally.

For example, Boldt’s first-time experience at the Newman Center underscores the study’s findings about the importance of audience loyalty to a venue. His familiarity with Hot Sardines got him through the door, and now he’s now more open to taking a chance on future concerts at the Center.

“It’s an awesome venue,” Boldt says. “So I’d like to see some more shows there.”

How open are you to taking a risk on a new or unfamiliar cultural experience? We want to hear from you! Please take five minutes to answer our survey. We’ll be pulling together the results and exploring them in more detail at CPR’s web pages online and on our weekly arts show on the radio, The Colorado Art Report, in a few weeks’ time. If you have a great risk-taking story, we might even invite you to tell us about it on air!