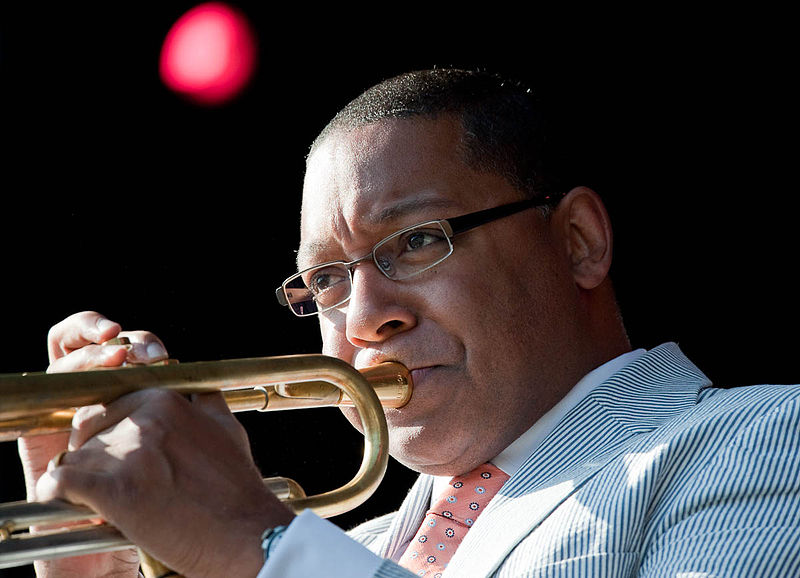 (Photo: Public domain)Trumpet player Wynton Marsalis had a profound influence on my family in a most unusual and delightful way.

In 1992 my 12-year-old son Miles had been playing trumpet for three years. (Yes, we named him after Mr. Davis.)

I had good seats at Macky Auditorium in Boulder for a jazz concert with Marsalis and his band.

The concert promoter was a friend of mine and gave my son a poster of Marsalis when we walked in. That made him even more excited about the show, but I had my doubts about whether challenging music like this would hold his attention.

It did. Big time.

After the concert Miles knew I had backstage passes to a big party that the band would probably attend.

With that little-boy-innocent, optimistic smile, he said, "Let’s go get my poster signed, Dad!"

I gently explained how that was unlikely to happen. Important people in suits. Intellectual groupies with connections. People who bought the expensive seats. I could tell my son didn't care about that stuff. He had a poster and he really wanted an autograph.

The party was every bit as crowded as I thought it would be. As we walked in, I could see Marsalis on the far side of the room surrounded by fans. He spotted my son. He made his way across the room fairly quickly in spite of the crowd.

Suddenly he was in front of us. He dropped to his knees as Miles unrolled the poster. He looked at him seriously and said, "I bet you play trumpet."

Miles’ eyes were big. He nodded.

My son still has that poster.

Did he follow Marsalis’s advice? Yes. He practiced hard and got noticeably better. He played in school concerts and we had lots of fun family jam sessions at home.

Then, one summer halfway through high school, the trumpet stayed in the case. Miles shifted his efforts to scholastics.

I believe the daily discipline he learned in band helped him excel in math and science. He’s now a successful chemical engineer in Minneapolis.

The last time I visited him, his jazz collection was almost as large as mine.

He and I sometimes talk about that night. Meeting a star when you're only 12 years old is big deal.

He told me he tries to remember Marsalis's kindness whenever he works with or teaches someone less experienced at work.

Marsalis is the only musician to win a Grammy in both jazz and classical music as well as a Pulitzer Prize for music.

I am just as impressed with his music education and appreciation promotion to young people. I saw it in action. Up close.