New U.S. Census Bureau data released Thursday shows the rate is at its lowest level since 2008. It's down more than three percentage points from a high of 18.5 percent in 2012.

“After the significant increases in the child poverty rate for much of the 2000s, we’re pleased to see the number of kids living in poverty decline for the second year in a row,” said Chris Watney, president and CEO of the Colorado Children’s Campaign.

The racial gap continues to persist, though it improved across categories. 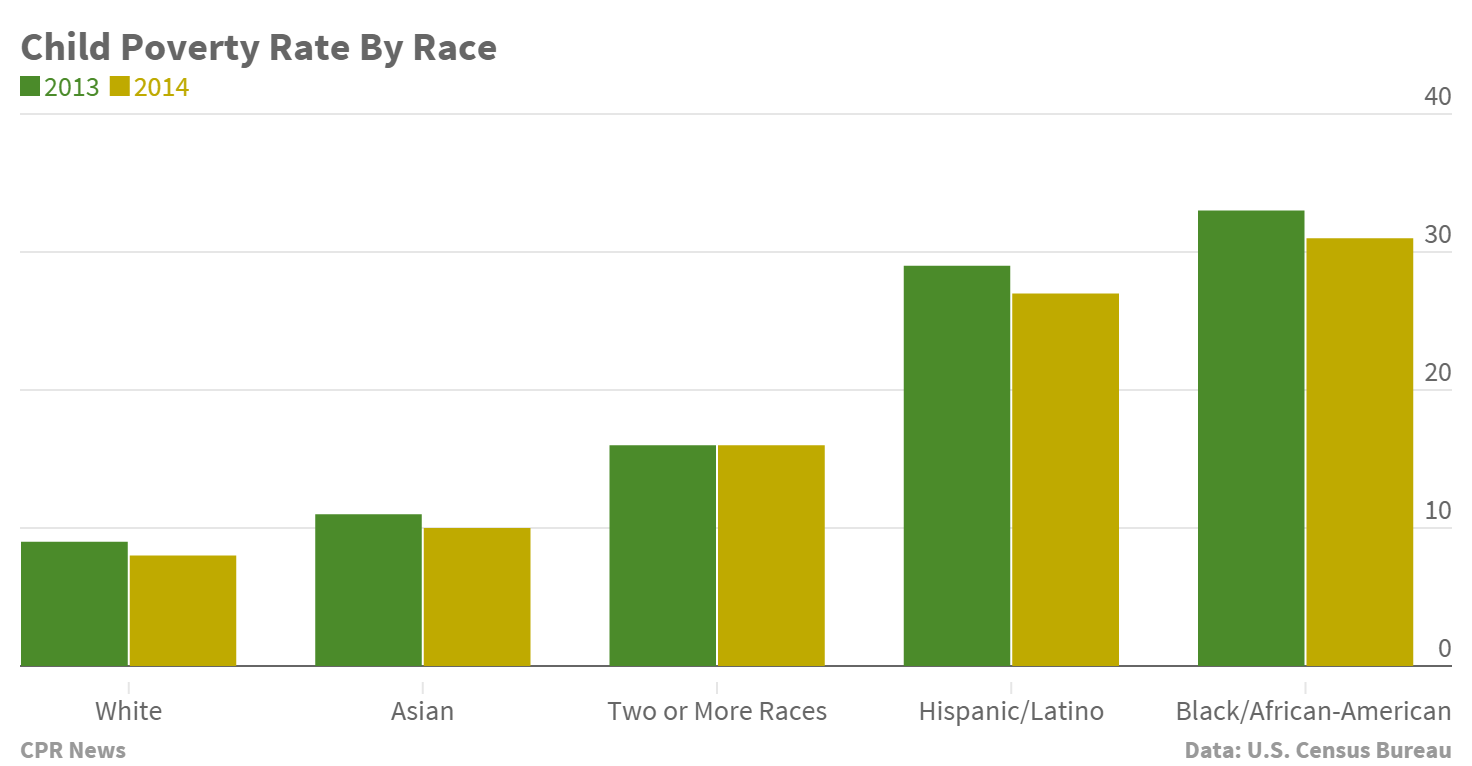 The overall rate decrease amounts to about 17,000 fewer children in the state living in poverty. But given the state's significant population growth over the last decade, the raw number of children in poverty remains significantly high -- 190,000 in 2014 versus 181,000 in 2008, the last time the state had a rate of approximately 15 percent.