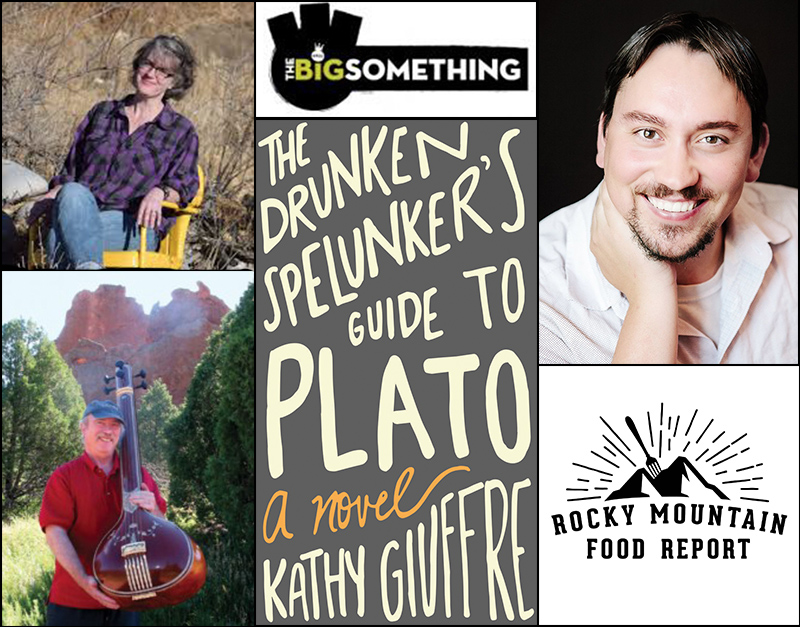 On this episode of The Big Something Radio Programme, sociologist and author Kathy Giuffre discusses her first novel, The Drunken Spelunker’s Guide to Plato; food writer and reporter Bryce Crawford talks dining in the Pikes Peak region; and local musician Tom Ross takes us on a tour of his global musical influences.

Regular readers of the Colorado Springs Independent may have noticed that reporter Bryce Crawford’s byline has been scarce the last few weeks. That’s because, earlier this month, Crawford left his post at the paper, where he’d spent the last six years covering everything from the marijuana industry, to the local food scene, to politics and the arts in southern Colorado. Now he’s got a new gig, writing for a website he created called Rocky Mountain Food Report, dedicated to “Food News from the Pikes Peak Region.” I recently spoke with Crawford about his new project, his career as food writer, and his take on the state of the culinary arts in Colorado Springs.

Kathy Giuffre, Professor of Sociology at Colorado College, just published her first novel: The Drunken Spelunker’s Guide to Plato. It's a coming of age story that follows a tomboyish young woman named Josie on a philosophical romp through love and community in a bar called The Cave. The Big Something's Noel Black spoke with her in advance of her book release party earlier this month.

Every once-in-a-while, seemingly ordinary people reveal themselves to you in such an extraordinary way that you can't help follow them into the story of their minds. Musician and ethnomusicologist Tom Ross is just such a person. Trained as an ethnomusicologist at Wesleyan University in Connecticut, Ross has dedicated much of his life to studying the music of different cultures around the globe and integrating those global influences into his own work as a composer and jazz guitarist. He’s recorded numerous albums, including “Horse of Stone,” which was made in 1974 with help from David Crosby. Ross invited us to his home in Colorado Springs, to show us his collection of instruments, his studio, and share with us his adventures in sound.