One year after the Gold King Mine spill in southwestern Colorado, water laced with heavy metals still gushes out of the mine opening. Right now it’s estimated at about 500 gallons a minute.

“It’s a bit of an increase, as you might expect with all the spring melt in the area,” said EPA on-scene coordinator Joyel Dhieux in late June.

The difference this year is that all the tainted water is pumped through a treatment plant the EPA built in the wake of the spill, and clean water pours out of a pipe into an Animas River tributary.

It’s a far cry from last year on Aug. 5, when 3 million gallons of yellow-orange wastewater streamed down into the Animas River. EPA contractors accidentally caused the spill when working at the mine opening. The plume of water laced with heavy metals prompted a shutdown of the Animas for eight days. It flowed through New Mexico, Utah, the Navajo Nation and ended up in Lake Powell. 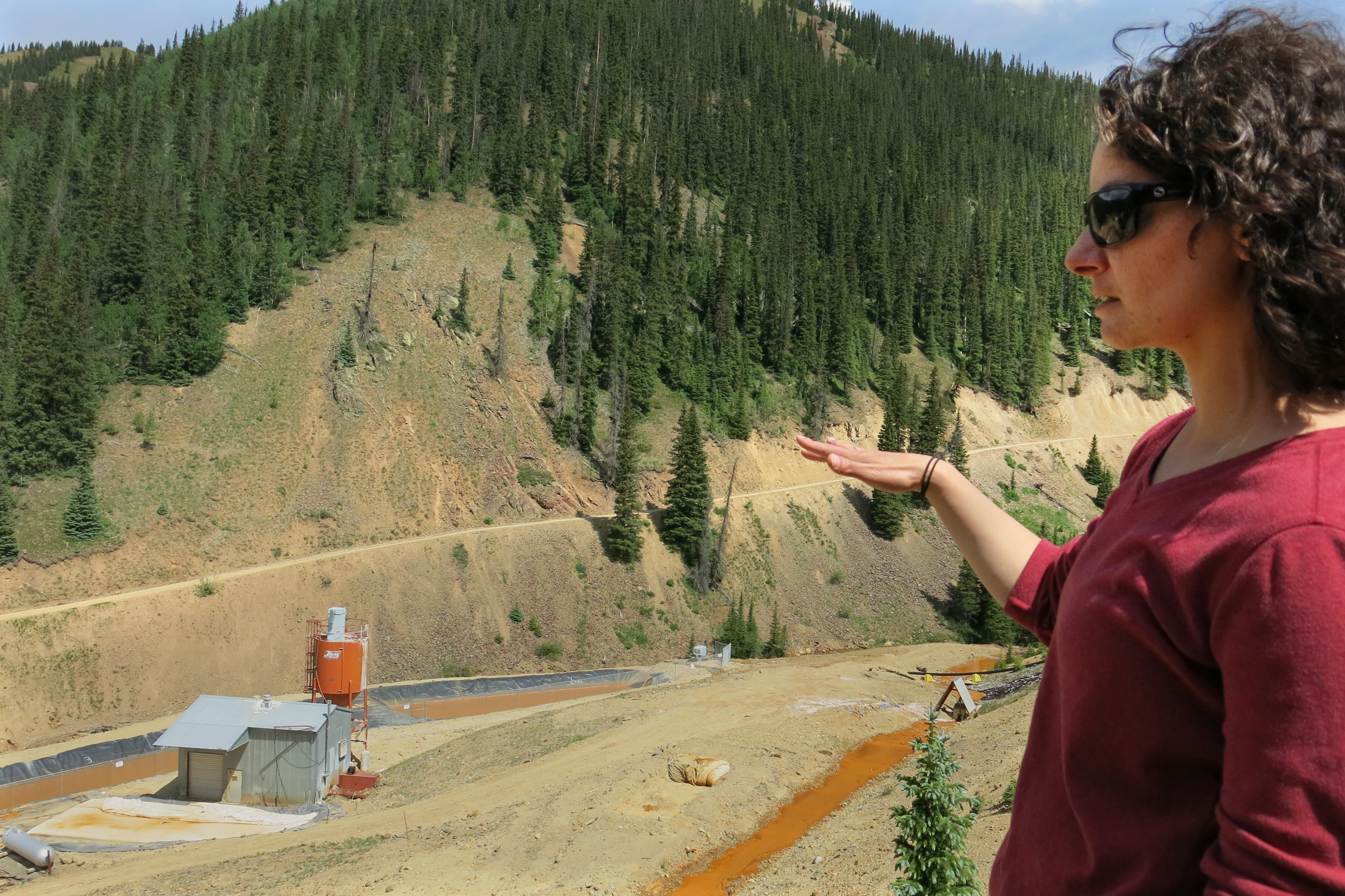 The Gold King Mine Spill has exposed a bigger problem whose solution seems incredibly complex. Hundreds of abandoned mines in southwestern Colorado have leached tainted water into nearby streams for decades. The EPA has been trying to get a handle on the issue for years. That’s why the agency had crews working at Gold King Mine last August.

It’s emblematic of a much larger problem that exists across the Western United States. One GAO report estimates 33,000 hard rock abandoned mines are causing environmental problems. And one year after the Gold King Mine spill, many experts say the country is no closer to a solution.

“What we’ve seen I think is a going back to and resurrecting some of these old concepts that haven’t received wide support,” said Doug Young, a senior analyst at the Keystone Policy Center. “And as a result I think we’re seeing it getting bogged down again in those same debates.”

Since the spill, the EPA’s Dhieux said the agency has collected hundreds of water samples to get a handle on water quality in the region. Samples show water quality in Colorado and New Mexico has returned to pre-spill conditions. The findings will help inform a work plan that could be put in place if the EPA approves a Superfund application submitted by Silverton and San Juan County leaders this spring.

“As we move forward with the Superfund listing, each site will have its own specific remedy,” she said.

The proposed Bonita Peak Mining District contains 48 mining-related sites in the region. But local officials said it wasn’t easy getting on board with the Superfund idea.

“There was a lot of sleepless nights,” said Willy Tookey, San Juan County administrator. For more than a decade, the government here shied away from Superfund status.

The two biggest concerns for local leaders was that a listing would cause a drop in property values and a drop tourism.

Tookey said intense negotiations with the EPA over this past year led to new confidence. And assurances.

“Because of the circumstances I think we were able to get these answers that we weren’t able to before,” he said.

The EPA expects to make a final decision on whether Superfund status will be approved this fall. From that point, it could take years for the agency to approve a work plan and funding.

Meantime, answers sought by EPA critics and Republican lawmakers have been more elusive.

“All of those mines we’re going to label as legacy mines can now have access to these emergency funds,” said bill sponsor State Sen. Kerry Donovan, D-Vail, in May.

If there’s an event outside its jurisdiction, the state now can access as much as $100,000 to respond to future emergency events like the Gold King Mine spill.

In Washington D.C., progress has moved at an even slower pace. Congress has held hearings questioning what went wrong. Lawmakers introduced multiple versions of bills to fix the problem. But the Keystone Center’s Doug Young said the country isn’t any closer to a solution.

“There are still tens of thousands of those throughout the country that still need attention,” he said.

Historically, Young said Congress has considered two fixes: Good Samaritan legislation to encourage volunteer clean-ups. And a reclamation fee for hard-rock mining companies. But several Good Samaritan bills in Congress seem to be going nowhere. And the proposed fee is even more of a non-starter.

“My original hope was that after the Gold King spill it might cause people to rethink how we might be able to come up with a solution,” said Young.

But that doesn’t seem to be the case.

Young says because of the stalemate the Keystone Center is trying to gain support for a new approach. One idea is to use the Superfund program. But to not call the clean ups superfund sites, which can bring political and economic baggage.

In spite of the gridlock, he's convinced an answer will emerge. The leaking, tainted water from these mines will become more valuable with drought and climate change. And when that reaches a crisis point, lawmakers will have no choice but to find a solution. a