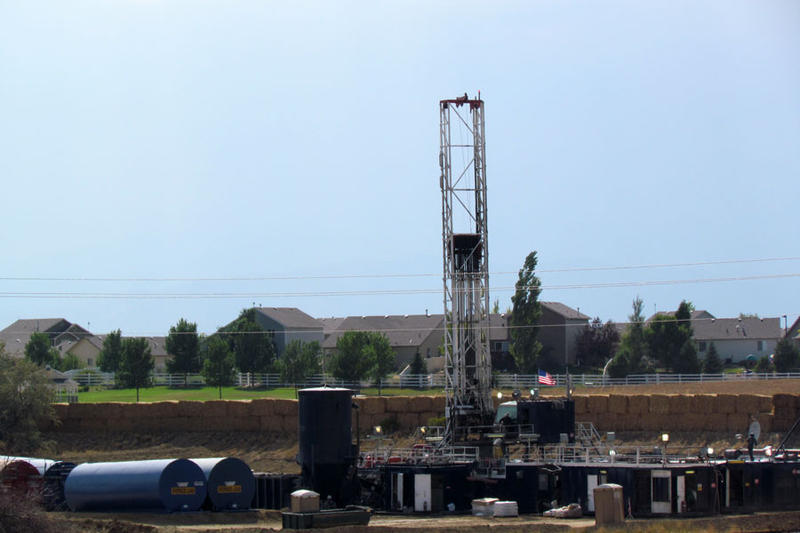 2016 hasn't been a good year for people who want to restrict oil and gas development in Colorado. Now the failure to collect enough valid signatures to put two anti-fracking initiatives on the November ballot means no foreseeable resolution to an issue that has divided the state.

"This is not the end of this fight," said Pete Maysmith, the executive director of the environmental group Conservation Colorado. His group endorsed Initiative 75, which would have allowed local governments to enact their own laws to prevent or mitigate local impacts from oil and gas development.

"The underlying problems with oil and gas development that have led to these citizen-led efforts must be addressed," Maysmith said. "People who live in the oil and gas patches are worried and scared for their futures, and their struggles are not going to go away just because the oil and gas industry was able to crush a local, homegrown effort to fix them."

The second failed initiative would have created a mandatory drilling setback distance to at least 2,500 feet from occupied structures and areas of special concern.

Mitigating the impacts of energy development as it moves closer to populated areas along the Front Range has been an ongoing policy debate at the state legislature and in the courts.

In May 2016, the Colorado Supreme Court weighed in on the issue, ruling unanimously against the city of Longmont's hydraulic fracturing ban and a fracking moratorium enacted by the city of Fort Collins. The justices ruled that Longmont's fracking ban was invalid and unenforceable under state law. In a second opinion, the court found that state law also preempted a moratorium in Fort Collins.

But the energy industry knows that the fight is not over. Many representatives discussed their concerns during the annual Rocky Mountain Energy Summit.

"We can't stop we have to keep going and educating," said Chip Rimer, senior vice president of U.S. onshore operations for Noble Energy. He said the industry needs to send a strong message to young people that developing natural resources and having a pristine environment aren't mutually exclusive.

It takes more than 98,000 valid signatures for a ballot initiative to go before voters, which is why Secretary of State Wayne Williams urges campaigns to collect a 25% buffer to allow for errors.

While a challenge is still possible, Williams said signature gatherers of the two anti-fracking initiatives would have a very long road to dispute the findings. "They failed by 19,000 to 21,000 signatures, so that would require a significant amount of correction."