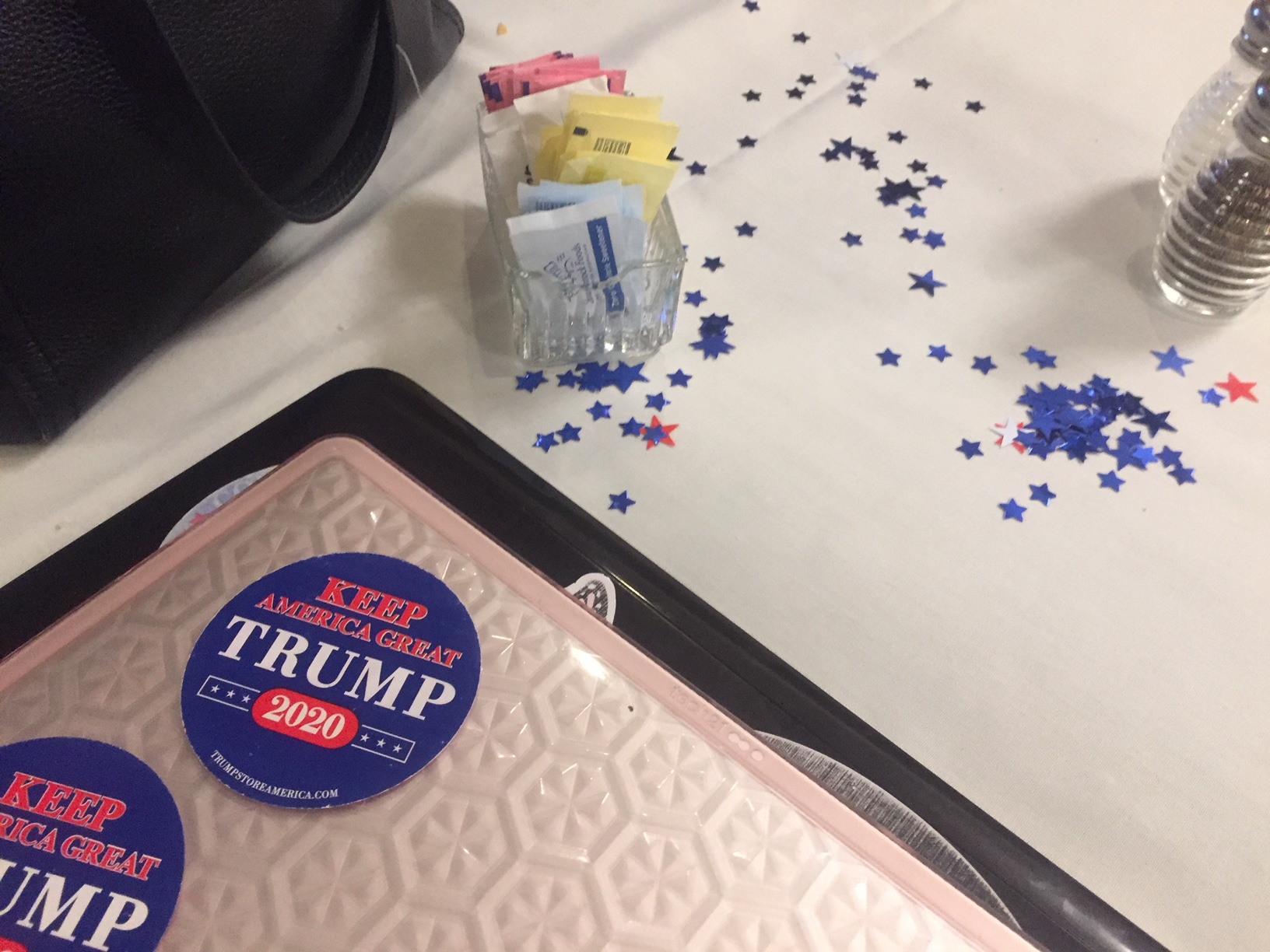 The midterm elections brought ups and downs for both parties in Colorado Tuesday night. Democrats gained a majority across state government, while Republicans saw some ballot propositions veer in favor of fewer taxes and less regulation on the oil and gas industry.

It was another victorious night for U.S. Representative Doug Lamborn, the incumbent for Colorado's 5th congressional district, which includes El Paso County. Lamborn was among the celebrants at the El Paso County Republican watch party at the Colorado Springs Country Club.

"I feel really good," said Lamborn to the packed room. "It's always great to win by 20 percentage points, or any margin for that matter. But I'm concerned for our country."

Lamborn said he was concerned because, as the night wore on, Democrats appeared to gain increasing control of both the Colorado state government and the U.S. House of Representatives.

"They're going to try to reverse the Trump and Republican policies like the huge tax cut package that we've had that's really spurring the economy," Lamborn explained.

Others in the room, many wearing red shirts and hats, shared Lamborn's enthusiasm for Trump's economic achievements and said – if this election is a referendum on the current administration, they give him a thumbs up.

That includes people like Michael Bully, one of just a handful of African American voters in the room. Bully is a small businessman and said he used to vote Democratic. He said he switched to supporting Trump because he liked his stance on jobs.

Another common denominator in the crowd was relief at the defeat of Colorado's Poposition 112, which would have increased setback distance requirements for oil and gas wells.

Sarah Gioia, an independent voter, decided against the measure.

"I think 112 would have hurt rural communities disproportionately much."

For the Republicans it was a patchwork of losses and wins, but many ended the night feeling disappointed. Paul Lundeen, who beat his opponent for State Senate District 9, implied Republican voter turnout needs to be better in the next election.

"When we get out and tell the story of freedom and opportunity, smaller government and freer people, we will see voter registrations for Republicans start to rise again," Lundeen said.

In downtown Colorado Springs at the Gold Room, the mood was buoyant as Democrats gathered to watch the returns. Cheers erupted throughout the night as the party claimed victory in statewide and local races. Pete Lee took the stage after winning his bid for state senate and noted the Democrats' good fortune.

"I think we have achieved Nirvana in Colorado," Lee exclaimed after running down the list of Democratic victories in the state.

Many in attendance said they saw the election, both locally and nationally, as an opportunity to reject the policies and rhetoric of Republicans and President Trump.

"We need to push back," said Rob Grishow, a graphic artist in Colorado Springs. "Because that's not who we are, that's not who the majority of the country [is], that's not who I am, that's not how I was raised. I needed to take a stand and fight back and really push it this time."

Despite the enthusiasm, the party did suffer some notable defeats. Democratic congressional candidate Stephany Rose Spaulding lost to incumbent Doug Lamborn. Her supporters were visibly disappointed, but Spaulding struck a positive note.

"I am still very much excited. We did what we came to do, and that is to move people to a place of hope, and to get them awake and moving in this district," said Spaulding.

El Paso County Democratic Party Chairwoman Electra Johnson noted that Democrats put up a candidate in every race in the county, where Republicans often run unopposed. She said she sees a progressive movement building and believes even longshot races are worth running.

"Anyone who thinks it's silly that we have every seat filled, as if that's a drain on resources, isn't seeing the big picture," explained Johnson. "The big picture is that you can no longer counter things the same way, and we've got to do a long-term organizing strategy to make a difference."

With Democrats making gains statewide and retaking the U.S. House of Representatives, watch party organizers and attendees had plenty to celebrate. As the night wound down, music played, and people danced.