Boulder has its Flatirons. Grand Junction has the Colorado National Monument. Trinidad, a city of 9,100 just north of the New Mexico border on Interstate 25, has 9,633-foot Fisher’s Peak.

But unlike the first two cities, Trinidad’s residents don’t have easy access to their signature geographic feature. The peak is part of the 30-square-mile Crazy French Ranch, owned by a French couple since the 1980s.

That could soon change. Last week, The Trust For Public Land and The Nature Conservancy in Colorado announced that they’ve reached an agreement to purchase the ranch for about $25 million and eventually open it to the public.

"Ideally, at some point, there will be a trail access from downtown Trinidad that takes you up to the peak,” said Matt Moorhead, The Nature Conservancy’s director of business development and strategic partnerships.

That would be a marked improvement from the current hike to the top, which online diaries describe as a full-day slog of more than 20 miles. City officials say hikers have often trespassed onto the private ranch as well.

The two conservation groups will front the money needed to close the deal, which Moorhead expects will happen next month. They are now focused on fundraising from private and government sources; Great Outdoors Colorado has given the project a grant of $7.5 million and Colorado Parks and Wildlife has made a verbal agreement to kick in another $7 million.

Moorhead said it'll take at least two years of planning before the ranch is open to the public. Colorado Parks and Wildlife could eventually manage it, but agency spokesman Bill Vogrin said it’s too soon to say anything too definitive at this point.

"I don't know what will be there someday,” he said. “It's too preliminary to even speculate on what the property will look like."

The land itself is is home to elk, mule deer, black bears and other large mammals in its forests, grasslands and wetlands. The current owner, Evelyne Jung, allowed hunters on the property to help manage wildlife.

“...we held ‘safaris’ and invited hunters, many of them from overseas, to stay here over the course of several days,” Jung said on an old website for the ranch. “We served French food, of course, all made with game from the ranch.”

The listed phone number for the ranch is disconnected. But Jung elaborated on the ranch’s history, including its name, in a 2013 press release. “My husband was shopping in town,” she said,  “when a local approached him and said, ‘You must be the crazy Frenchman who bought that ranch.’ My husband thought it was perfect to officially name the ranch what the town was already calling it.” 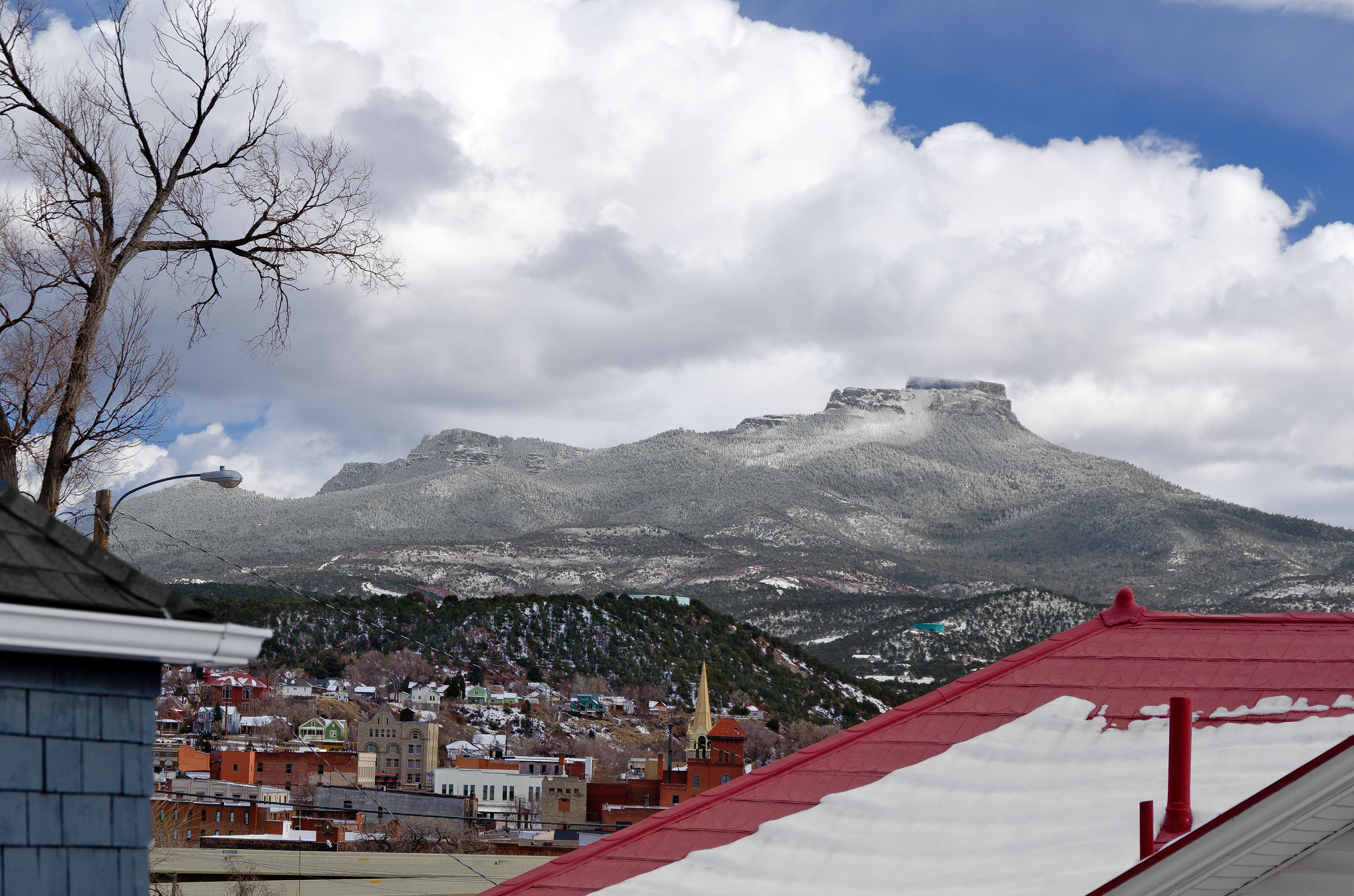 Jung said managing the ranch was a “big job” and that she was ready for retirement. Her husband, Mark, died in 1997. She initially listed the ranch for $79 million in 2013, but reduced the price to $59 million a year later. A 20,000 acre parcel — about half the ranch —was sold off to a private party a few years ago, according to The Nature Conservancy.

The remaining 30-square miles represent part of Trinidad’s ongoing efforts to transform itself. It was a coal mining town for decades, but in recent years has attracted artists and marijuana businesses. City manager Greg Sund said Trinidad is trying to attract new economic opportunities as more states legalize marijuana.

“We're putting [marijuana tax revenue] to use,” Sund said. “But we fully recognize that, while it probably will never go away, it likely won't have the impact it's having now."

Turning Fisher’s Peak and the rest of the Crazy French Ranch into an outdoor playground could help with that goal, Sund said. Some 75 miles of graded dirt roads already criss-cross the property and, once signed, could be used for recreation.

“We aren't starting with a blank slate,” he said. “We want to make it an accessible jewel to the city."

And moreover, Sund said, the city wanted to seize the opportunity to protect Trinidad’s iconic landmark.

"We have the ability to conserve the land, to make sure that it isn't developed in the future,” he said. “We have lots of examples around here where people bought 35-acre parcels and planted houses all over on the mountains. People don't want to do that to this property. They want to keep it clean."